Www.virgin. How Coca-Cola, Netflix, and Amazon Learn from Failure. Executive Summary Too many leaders live in fear of mistakes, missteps, and disappointments. 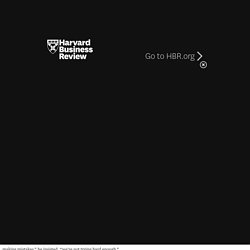 But if you’re not prepared to fail, you’re not prepared to learn. In May, right after he became CEO of Coca-Cola Co., James Quincey called upon rank-and-file managers to get beyond the fear of failure that had dogged the company since the “New Coke” fiasco of so many years ago. “If we’re not making mistakes,” he insisted, “we’re not trying hard enough.” In June, even as his company was enjoying unparalleled success with its subscribers, Netflix CEO Reed Hastings worried that his fabulously valuable streaming service had too many hit shows and was canceling too few new shows. Even Amazon CEO Jeff Bezos, arguably the most successful entrepreneur in the world, makes the case as directly as he can that his company’s growth and innovation is built on its failures. 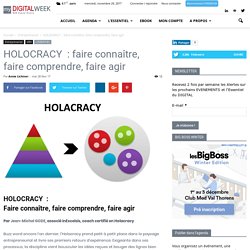 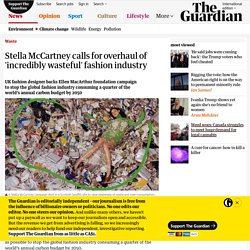 Fashion designer Stella McCartney condemned her industry as “incredibly wasteful and harmful to the environment” as she joined forces with round-the-world sailor and environmental campaigner Dame Ellen MacArthur to call for a systemic change to the way clothing is produced and used. In a report published on Tuesday, MacArthur’s foundation exposes the scale of the waste, and how the throwaway nature of fashion has created a business which creates greenhouse emissions of 1.2bn tonnes a year – larger than that of international flights and shipping combined.

How Yoplait’s POV advertising campaign used cultural relevance to win customers - Think with Google. Choose a topic that aligns with your brand and its values Doug Martin, Business Unit Director of Yogurt New Products and New Brands, General Mills “The main objective of our ‘Mom On’ campaign was to drive brand reconsideration. 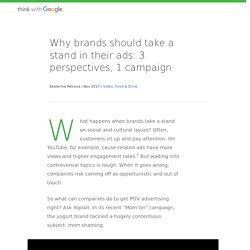 Yoplait has been around for a long time and people think they know us. But sometimes the familiar gets overlooked for new stuff. Unilever furthers inclusive beauty credentials by acquiring Sundial Brands. The deal will see Sundial operate as a standalone business within Unilever and continue to be run by founder, Richelieu Dennis, who started the business in 1991 after moving to the US from Liberia. 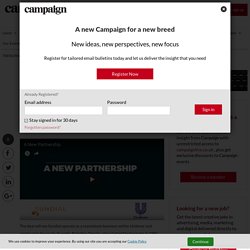 Dennis was inspired by his grandmother, who sold handmade soaps and other products in her native Sierra Leone. The company’s site states: "Sundial’s products are inclusive, serving all people to address underserved issues such as hyperpigmentation, dark spots and the special needs of textured hair, as well as consumer demands for efficacious natural products. " The agreement will see Unilever and Sundial create the $50m (£37.6m) New Voices Fund, which will be used to empower female women of colour entrepreneurs. Unilever said it intended to double the size of the fund by attracting investments from other interested parties. Three Payment Trends That Will Change How We Pay in 2018. A generation ago, a consumer would visit Main Street to fulfill all of one’s shopping needs and undoubtedly pay in cash. 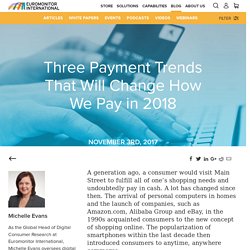 A lot has changed since then. The arrival of personal computers in homes and the launch of companies, such as Amazon.com, Alibaba Group and eBay, in the 1990s acquainted consumers to the new concept of shopping online. The popularization of smartphones within the last decade then introduced consumers to anytime, anywhere commerce. Technology has reinvented commerce. It changed what consumers expect to experience in physical retail and foodservice outlets. New payment forms emerging Digital commerce is no longer restricted to computers or smartphones. Machine Learning cartoon. Laptops Are Great. But Not During a Lecture or a Meeting. Guinness celebrates work of John Gilroy with limited edition, illustrated cans. John Gilroy was a 20th century British artist best known for his comical and colourful advertising campaigns for Guinness that he created over a period of four decades. 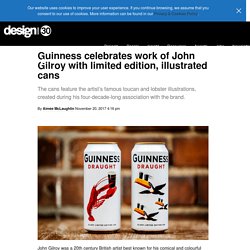 Five Fifty: The digital effect. Students Should Be Content Curators.