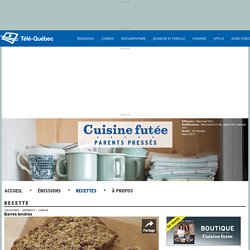 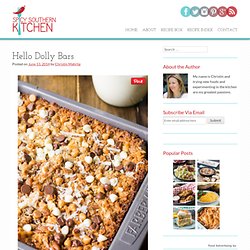 It’s the sweetened condensed milk that makes me swoon over these bars. It’s pretty much the nectar of the gods. There was a half a can leftover from this recipe and I was tempted to drink it y’all. Hello Dolly Bars date back to the 1960s when Hello Dolly was on Broadway. This is a bar with a multitude of names and they’re also referred to as 7-Layer Bars and Magic Bars. They’re dense, gooey, sweet, and super indulgent. Brownie au chocolat et au spéculoos. En tant que grande fan de chocolat et de spéculoos, ce brownie me faisait de l’œil depuis un bon moment déjà! 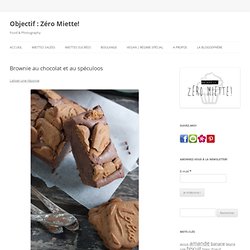 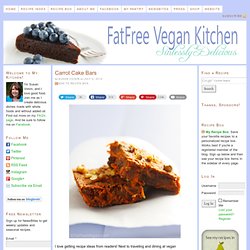 Next to traveling and dining at vegan restaurants, it’s my favorite way to discover new foods. So I was thrilled to receive an email recently from Sharon Starr in San Francisco asking me to figure out the recipe for Whole Foods’ Vegan Carrot Spice Cake, which she described as “moist, dense and somewhat chewy.” Paleo Lemon Brownies. Yes, these are brownies that aren’t brown! 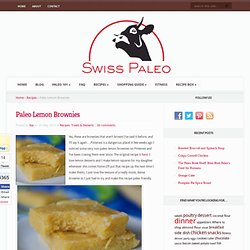 I’ve said it before, and I’ll say it again….Pinterest is a dangerous place! A few weeks ago I noticed some very non-paleo lemon brownies on Pinterest and I’ve been craving them ever since. The original recipe is here. Almond Butter Blondies (Paleo) My best-est friend Alison called me up last week and told me she has decided to give the whole Paleo thing a go. 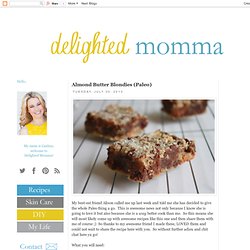 This is awesome news not only because I know she is going to love it but also because she is a way better cook than me. So this means she will most likely come up with awesome recipes like this one and then share them with me of course ;) So thanks to my awesome friend I made these, LOVED them and could not wait to share the recipe here with you. So without further adieu and chit chat here ya go! What you will need: 2 1/2 cups of almond flour1 tsp of baking soda1 cup of Enjoy Life Chocolate Chips (they are gluten, soy and dairy free). 1/2 cup of melted coconut oil1/2 cup of melted honey1/2 cup almond butter (I used crunchy) 2 eggs1 tsp of vanillaa dash of salt *optional- you can add a little shredded coconut on top. Amazing Black Bean Brownies Recipe. It kills me that I can't take credit for today's black bean brownie recipe. 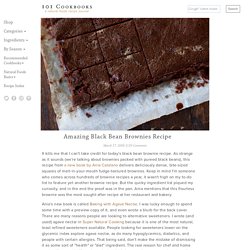 As strange as it sounds (we're talking about brownies packed with pureed black beans), this recipe from a new book by Ania Catalano delivers deliciously dense, bite-sized squares of melt-in-your-mouth fudge-textured brownies. Keep in mind I'm someone who comes across hundreds of brownie recipes a year, it wasn't high on my to-do list to feature yet another brownie recipe. But the quirky ingredient list piqued my curiosity, and in the end the proof was in the pan. Ania mentions that this flourless brownie was the most sought-after recipe at her restaurant and bakery. Ania's new book is called Baking with Agave Nectar. So, like I said - there are some quirky facets to this particular brownie recipe. Yummy Healthy Easy: Black Bean Brownies (Gluten Free) A simple brownie recipe made entirely in the food processor and using a whole can of black beans…who would have thought the result would be fudgey and delicious?!

If you’re watching your calories, you’re going to love these Black Bean Brownies! If I was on my death bed and I could only choose one dessert before my final breath, I would choose a fudgey, rich, chocolatey brownie. They are my fave. I am a huge chocolate fan and brownies just hit the spot for me. So what if I told you that you could make a pan of brownies using a can of black beans and a few other ingredients? Brownie au tofu soyeux sans gras.