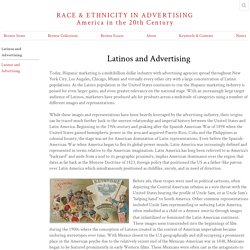 As the Latino population in the United States continues to rise the Hispanic marketing industry is poised for even larger gains, and even greater relevancy on the national stage. With an increasingly large target audience of Latinos, marketers have produced ads for products across a multitude of categories using a number of different images and representations. While these images and representations have been heavily leveraged by the advertising industry, their origins can be traced much further back to the uneven relationship and imperial history between the United States and Latin America. Twitter. Twitter. ASU Professor Urges Reflection On Southwest Colonial History. Vanessa Fonseca-Chavez VANESSA FONSECA-CHÁVEZ: Most people know him as the last conquistador, not because they love naming him that, but because he was the last Spanish conqueror to enter this area. 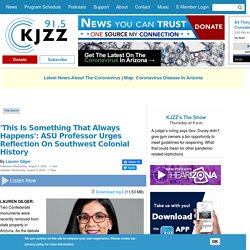 So you have this individual who essentially for many people, is known as the founding father of New Mexico — the founding Spanish father of New Mexico. Día de los Muertos Resources — MOLAA. Preserving Crucial Moments of Mexican American Religious History. In 1969, a group of Mexican Americans came together to found Católicos for La Raza, an organization that protested the Catholic Church’s neglect of poor and Latino communities in Los Angeles. 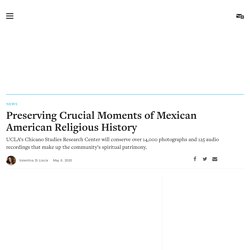 Led by Ricardo Cruz, a Chicano rights attorney and pivotal figure of the movement, 300 activists marched to the St. Basil Catholic Church in a “midnight mass” protest that aimed to unmask the inherently racist nature of the religious institution, one in a series of demonstrations at the contested church. Documents pertaining to that historic moment are among the thousands at the Chicano Studies Research Center (CSRC) at the University of California, Los Angeles (UCLA) that will be preserved thanks to a new project focused on religion, faith, and spirituality in Mexican American social history.

'We are all Surrealists now': how life with Leonora Carrington prepared me for coronavirus lockdown. Leonora Carrington in 1975 with her work Lepidoptera (1969) Photo: Jerry Engel/New York Post Archives /© NYP Holdings, Inc. via Getty Images. 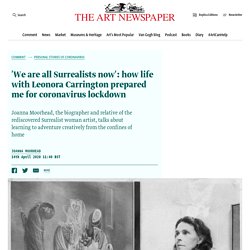 Latino Cultures in the US. Home · ICAA Documents Project · ICAA/MFAH. Why People Are Using The Term 'Latinx' L.A. Stories from the Map Cave: Pageant of the Pacific. To celebrate Asian Pacific American Heritage Month at the Los Angeles Public Library, we have occasion to show off one of the greatest pictorial maps ever created: The Pageant of the Pacific by the artist José Miguel Covarrubias. 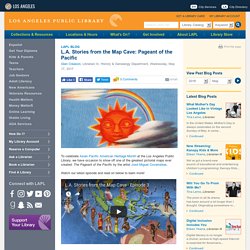 Watch our latest episode and read on below to learn more! The Pageant of the Pacific is actually a set of paper copies of six murals created for the Golden Gate International Exposition in San Francisco as the storm clouds of World War II gathered around the United States in 1940. As a counterpoint to the growing conflict in Europe that was soon to spread across the globe, the Exposition’s premier exhibit, the Pacific House, highlighted this idyllic part of the world in the Pacific Ocean where peace was still a reality. In some quarters the Pacific Islands were remote and exotic places that were a barrier to war. Yet, at the Pacific House, these islands were more of a link to other peoples and cultures.

The Literary Canon Is Mostly White. Here's an Alternative Latin American Reading List. If you’re a high schooler or college student, there’s a list of books and famous works you know you’re going to have to read at some point in your career. 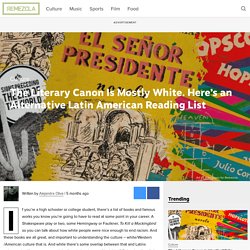 A Shakespeare play or two, some Hemingway or Faulkner, To Kill a Mockingbird so you can talk about how white people were nice enough to end racism. And these books are all great, and important to understanding the culture – white/Western/American culture that is. And while there’s some overlap between that and Latinx culture, what if you want to read the foundational texts of Latinidad?

Below is a list of nine books that you can read in addition to (or, we don’t want to tell you not to do you your homework, buuuut…) the canonical texts on your curriculum. 16 Ephemeral Installations Designed by Mexican Architects. 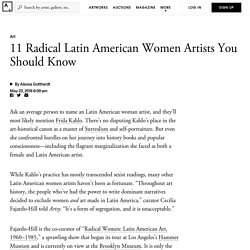 Minujín’s work, however, was nothing like the slick, mass-produced paintings of her silver-haired male counterpart. Instead, her plush sculptures, environments strung with glowing neons, and public performances invited active participation and physical contact. In the 1960s, Minujín began transforming multicolored mattresses into bulging forms that referenced the human body, sex, and rest. They became central elements of environments like La chambre d’amour (1963) and ¡Revuelquese y Viva!

L.A. Stories from the Map Cave: Pageant of the Pacific. ICAA Documents > Home. El Paso de Los Angeles "The Pathway of the Angels", Olvera Street, Los Angeles, California. 6. Anna Indych-López: "Constructing a Canon: Collecting and Exhibiting Mexican Art in the United States in the 1930s" Tina Modotti, Behind the Camera and Out of Weston's Shadow - The New York Times. Tina Modotti’s art and life had little to do with Edward Weston. 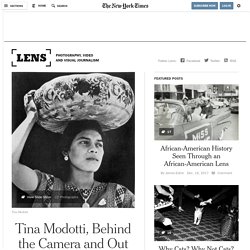 Why Bauhaus Masters Josef and Anni Albers Obsessively Collected Latin American Art. Josef and Anni set off on their first trip to Mexico in 1935 in a Ford Model A. 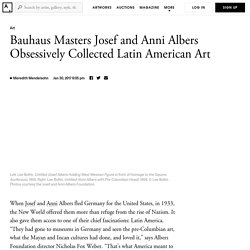 They were accompanied by close friends who would become their frequent travel companions: Ted Drier, a founder of Black Mountain College, and his wife, Bobbie.