Vegetable Oils Promote Male Infertility. We recently discussed how industrial seed oils, better known as vegetable oils, are dangerous to health and should as much as possible be eliminated from the diet of anyone who wants to stay healthy. 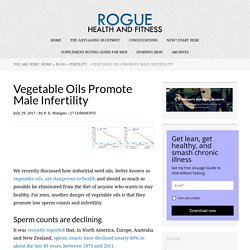 For men, another danger of vegetable oils is that they promote low sperm counts and infertility. Sperm counts are declining It was recently reported that, in North America, Europe, Australia and New Zealand, sperm counts have declined nearly 60% in about the last 40 years, between 1973 and 2011. In contrast, no decline in sperm counts was seen in South America, Asia, and Africa, although far fewer studies have been performed in these regions. The decline in sperm counts parallels the secular decline in testosterone. To say that a 60% decline in sperm counts in the Western world is alarming is an understatement. Why are sperm counts declining? Obesity might be one reason, although scientists who have studied the secular decline in testosterone believe that obesity can’t account for (all of) it. Vegetable Oils Lead to Insulin Resistance. Of anything you can do to avoid chronic diseases like heart disease and cancer, keeping insulin and insulin resistance low may be one of the most important things you can do. 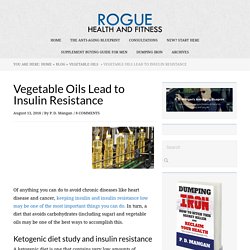 In turn, a diet that avoids carbohydrates (including sugar) and vegetable oils may be one of the best ways to accomplish this. Ketogenic diet study and insulin resistance A ketogenic diet is one that contains very low amounts of carbohydrates such as from bread, rice, and pasta. It results in the production of ketones, which have many health benefits. Mainstream news recently reported on a scientific study that allegedly showed that a ketogenic diet induced insulin resistance in mice, the opposite effect of what we’d like to see. If that were true, then we shouldn’t be eating ketogenic diets. However, the study and the headlines that came with it are misleading to the point of falsehood.

How Industrial Seed Oils Are Making Us Sick. PUFA's: The Worst Thing For Your Health You Eat Everyday. An Update on Omega 6 PUFAs. Choline Deficiency and Plant Oil Induced Diabetes. AJCN Publishes A New PUFA Study That Should Make Us Long For the Old Days - The Weston A. Price Foundation. Unsaturated Vegetable Oils: Toxic. Unsaturated Vegetable Oils: Toxic Immunodeficiency (weakness of the immune system) can take many forms. 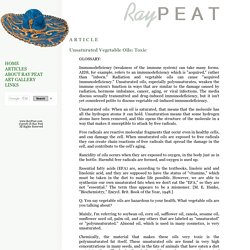 AIDS, for example, refers to an immunodeficiency which is "acquired," rather than "inborn. " WATCH: The Latest “Healthy” Oil Trend Explained. It is everywhere! 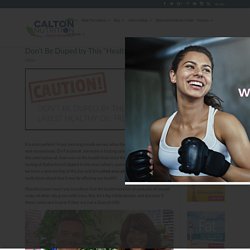 In our morning emails we see advertisements for this “healthy” new mayonnaise. On Facebook, someone is touting salad dressings created with this alternative oil. And even at the health food store the other day there was a tasting of Italian bread dipped in this new culinary queen of the oils. Let’s face it, we have a new darling of the day and it’s called avocado oil… But, what do we really know about how it may be affecting our health? Manufacturers want you to believe that the health benefits of avocado oil should make all other oils green with envy. The Good about Avocado Oil There are two valid benefits of avocado oil. The Bad, and the Really Ugly Truth About Your Avocado Oil.

Who doesn’t love the rich texture of mayonnaise or mayo-based dipping sauce for their juicy burger, or the taste of a Greek dressing drizzled over a really big salad? This Just In: The Infamous Lard-Based High-Fat Rodent Diet Is Twice as High in PUFA as Previously Reported. 2 Toxic Fats to Avoid at All Costs - Primal Body Primal Mind. Two Toxic Fats in Almost Every Processed Food, Deli and Restaurant You Want To Avoid At All Costs: Soybean Oil and Canola Oil By Nora Gedgaudas, CNS, NTP, BCHN I consider both of these forms of oil to be trash oils that no one in their right mind should be consuming under any circumstances. 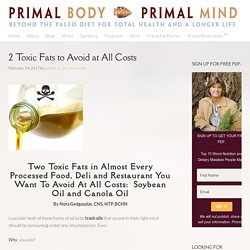 Ever. Why, you ask? The reasons are multifold: Is Canola Oil Bad for You? 6 Dangers of Canola Oil. When it comes to canola oil, some people view it as a healthy food while others avoid it at all costs. 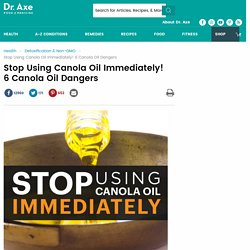 When there are two extremely passionate viewpoints, it can be very challenging to get to the bottom of it all. On the one hand, detractors claim that canola oil is completely toxic, contains “the infamous chemical warfare agent mustard gas,” and causes everything from mad cow disease to blindness. (1) On the other hand, supporters believe that canola oil is one of the healthiest oils on the planet because it’s rich in omega-3s, low in saturated fats and is a good source of oleic acid. Granted, these properties are true on a surface level, but there is much more to the canola story. Download Your Instant Guide To Canola Oil Risks Almost there! Enter your email to download this free guide right now. We hate SPAM and promise to keep your email address safe. Before You Go, Check Out My Upcoming Webinar: Strategies To Heal Leaky Gut and Overcome Adrenal And Thyroid Issues! The Great Con-ola. 7 Reasons to Never Eat Canola Oil. [NEWS]: Peanut Oil Tied to Severe Artery Blocks.