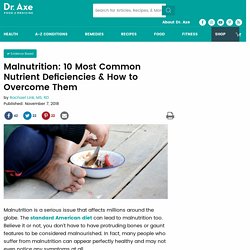 The standard American diet can lead to malnutrition too. 27 Health and Nutrition Tips That Are Actually Evidence-Based. It’s easy to get confused when it comes to health and nutrition. Even qualified experts often seem to hold opposing opinions. Yet, despite all the disagreements, a number of wellness tips are well supported by research. The best healthy eating advice we took from 2017. GettyDebby Lewis-Harrison When it comes to nutrition and diet, the truth about what's actually good for us seems to be in continual flux. 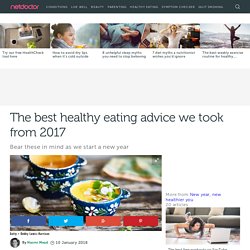 The Importance of Nutrient Density. While the Paleo Diet is often presented as a collection of foods to eliminate, its tenets go far beyond that list of foods to avoid. 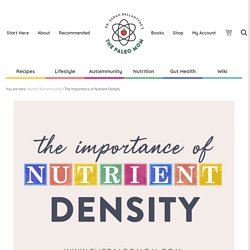 In fact, the concept of nutrient-density may be far more important than the concept of food toxins (see for example, Why Grains Are Bad–Part 1, Lectins and the Gut, Why Grains Are Bad–Part 2, Omega 3 vs. 6 Fats, The Great Dairy Debate and How Do Grains, Legumes and Dairy Cause a Leaky Gut? Part 2: Saponins and Protease Inhibitors). The term nutrient density refers to the concentration of micronutrients (mainly vitamins and minerals, but the term micronutrients also encompasses phytochemicals, essential fatty acids and essential amino acids) per calorie of food.

High nutrient density foods supply a wide range of vitamins and minerals (or alternatively, high levels of a specific, important vitamin or mineral) relative to the calories they contain, whereas low nutrient density foods supply lots of energy without much in the way of additional nutrition. The 11 Most Nutrient Dense Foods on The Planet. Share on Pinterest There is only a limited amount of food you can eat in a single day. 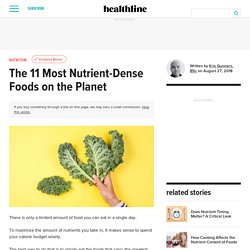 To maximize the amount of nutrients you take in, it makes sense to spend your calorie budget wisely. The best way to do that is to simply eat the foods that carry the greatest amount and variety of nutrients. Here are the 11 most nutrient-dense foods on the planet. Not all fish is created equal. Salmon — and other fatty types of fish — contain the greatest amount of omega-3s fatty acids. Omega-3s are extremely important for the optimal function of your body. Although salmon is mainly prized for its beneficial composition of fatty acids, it also packs a massive amount of other nutrients. Can a Western diet permanently alter the immune system? What Did Jesus Eat? 15 Superfoods In The Bible & His Time. For your traditional Christmas dinner, you may be eating glazed ham, candied sweet potatoes, along with a few sugar cookies and gingerbread men for dessert. 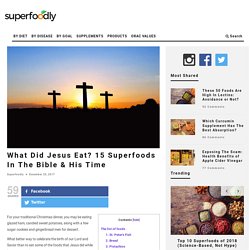 What better way to celebrate the birth of our Lord and Savior than to eat some of the foods that Jesus did while he was on earth. Probably all of them are healthier than what’s on your dining room table for the holiday! Top 10 Superfoods of 2018 (Science-Based, Not Hype) The term “superfood” is used a lot, but what does it actually mean? 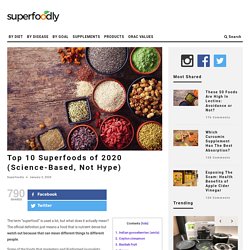 The official definition just means a food that is nutrient dense but watch out because that can mean different things to different people. The 8 Most Common Food Intolerances. What to Eat for Clear, Glowing Skin. 10 Characteristics of a Healthy Diet. 5 Most Common Nutrient Deficiencies (and How to Fix Them) The Importance of Vegetables. Out of all the foods we could potentially eat, vegetables and fruit are some of the only items not mired in controversy: virtually every health authority agrees they should have a place at the table (literally!). 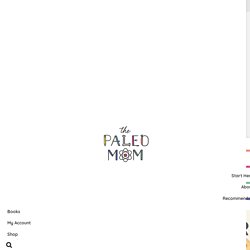 In fact, the greatest common denominator among all diets that have a scientific support for their health-promoting claims is high-vegetable intake. This goes for the Paleo diet, the Mediterranean diet, plant-based diets, and indigenous diets from around the world. The body of evidence supporting high intakes of fresh, fibrous, low-energy-density plant foods is truly staggering. Across the globe, “Blue Zone” areas (which boast a high concentration of centenarians, and are frequently studied for longevity clues) are characterized first and foremost by their emphasis on vegetables. The Okinawans consume a famously vegetable-rich diet that includes mineral-rich gourds, bittermelon, local herbs and greens, and sweet potatoes. Benefits of High-Veggie Intake Key Nutrients in Veggies. The Amazing World of Plant Phytochemicals: Why a diet rich in veggies is so important! The Okinawa Diet Plan's Food List and Menu Recipes Are Wrong. It never gained the popularity of Atkins and other diet fads of the past few decades, but that probably has more to do with its palatability versus efficacy. 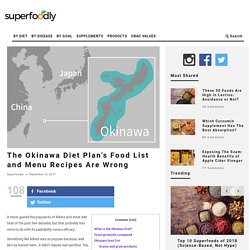 Something like Atkins was so popular because, well let’s be honest here… it didn’t require real sacrifice. Yes, you had to reduce carbs, but you could go on eating all kinds of other unhealthy crap on a daily basis. Contrast that to the diet of an Okinawan, which involves a real lifestyle change of what you eat. The plan was popularized in the early 00’s thanks to the New York Times bestseller The Okinawa Program: How the World’s Longest-Lived People Achieve Everlasting Health – And How You Can Too. But unlike Atkins, it’s not just as simple as buying low carb pasta and still indulging in that big plate of spaghetti marinara drenched in olive oil, with a mountain of big fat meatballs and shaved Parmesan on top.

25 Simple Tips to Make Your Diet Healthier. 3 Ways to Up Your Nutrient Game. Nutrient-dense foods are a vital feature of the Paleo diet, and focusing on nutrient density (see The Importance of Nutrient Density) is essential for making sure our bodies get everything they need from our food! 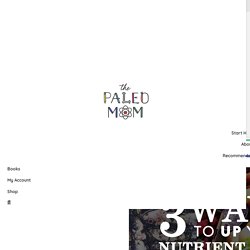 We all know that a mix of quality meat, seafood, eggs, vegetables, fruits, nuts, and seeds is the basis for the Paleo diet, and can have amazing health benefits when balanced correctly (see What is the Paleo Diet? , The Diet We’re Meant to Eat, Part 3: How Much Meat versus Veggies? And Carbs Vs. Protein Vs. Fat: Insight from Hunter-Gatherers). 5 Weird Root Vegetables Everyone Needs to Try.

Without grains, where do we find carbohydrates on the Paleo diet? 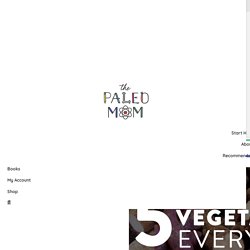 While some people erroneously believe following a Paleo template to be equivalent to following a low-carb diet, carbs are not only abundant in all sorts of veggies and in fruits, but they’re also nothing to fear (see How Many Carbs Should You Eat? And Carbs Vs. Protein Vs. Fat: Insight from Hunter-Gatherers). Root vegetables are a fantastic source of starchy carbohydrates, while containing far more vitamins, minerals and phytochemicals than those starchy carbs eschewed by us Paleo folks (like corn, rice or wheat).

The Best Foods to Soothe a Taxed Digestive System. Nutritional Support for Injury and Wound Healing. Finding health via diet and lifestyle changes can make us feel superhuman—but, we’re not (sadly). While we may lose weight, get fit, and mitigate chronic illnesses, calamities can and do still happen. A slip of the kitchen knife, a tumble on the bike, or an emergency surgery could be all it takes to land you on the long and winding road towards wound healing. Whole Health Source: Nitrate: a Protective Factor in Leafy Greens. Cancer Link and Food Sources Nitrate (NO3) and nitrite (NO2) are molecules that have received a lot of bad press over the years.

They are thought to promote digestive cancers, in part due to their ability to form carcinogens when used as a preservative for processed meat. Because of this (1), they were viewed with suspicion and a number of countries imposed strict limits on their use as a food additive. But what if I told you that by far the greatest source of nitrate in the modern diet isn't processed meat-- but vegetables, particularly leafy greens (2)?

Which Tea Is Best For You? This Is Healthiest For Antioxidants. There are only a few dozen caffeinated versions, since all those are made from the same leaf – that of the Camellia sinensis. Whether it’s white tea, black tea, oolong or matcha, all which contain caffeine come from that plant. When you include the herbal varieties consumed throughout the world, you can actually come up with a list of over one thousand distinctly different kinds to drink. It’s hard to pit the different types of tea and their benefits against one another. Naming the number one is largely subjective, since what’s most important to one person may differ from another. The Problem With Functional Foods. When Diet Meets DNA: A Premature Love Story.

This Golden Milk Recipe (Turmeric Tea) Has More Antioxidants. 5 Nutrients You’re Deficient In... If You Eat Too Much Sugar. Is Breakfast Really the Most Important Meal of The Day? How To Rebalance an Elevated Th2 Immune System. Increasing the Transparency of Conflict of Interest Disclosures in Nutrition Research.