EMFs: What to Do?

Best Blue or Air Tube Headphones For EMF & Radiation-Free. In humans, radiation-induced brain cancers take anywhere from 10 to 40 years to form. (1) Given that cell phones and WiFi have been in widespread use for barely 20 years, it’s no surprise that there are fierce advocates on both sides regarding their safety. 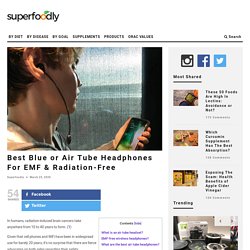 Best Bluetooth Wireless Air Tube Headset For Safety. Is holding your phone next to your head really dangerous or just a conspiracy theory? 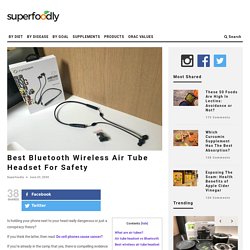 If you think the latter, then read: Do cell phones cause cancer? If you’re already in the camp that yes, there is compelling evidence pointing to radiation from cell phones and WiFi being unsafe, then you’re in good company. That’s not just our opinion, but also with the World Health Organization. They rank electromagnetic fields as a Group 2B carcinogen, meaning it’s possibly carcinogenic. Of course, getting by today without wireless is impossible. Not traditional earbuds. That may seem like a safer bet and yes, depending on phone model, they may be better than holding the phone next to your brain. The best solution to address this are what’s called air tube headphones. Simple Ways to Reduce EMF Exposure - PrimalHacker. Thaddeus and I just got back from the Bulletproof Biohacking Conference and one thing that really stood out was the number of people talking about exposure to electromagnetic fields (EMF). 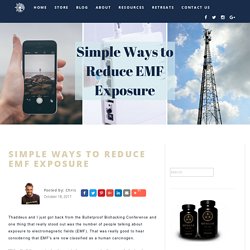 How to Hard Wire Internet Cheaply to Reduce EMF - PrimalHacker. I hope by now you have heard of EMF and the danger it poses to human health. 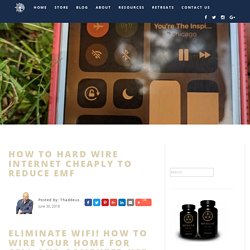 Seriously, this is like cigarettes back in the 1970s and 1980s. The data and research on the harmful effects of cigarettes were known and yet the public was kept ignorant while large companies continued to make huge profits. Eventually, those companies paid out huge settlements and were bought out by other companies and yet they're still around. While we all know the danger of cigarettes and the history of cover up, we seem blind to the fact that this could ever happen again. It couldn’t, could it? Wait, what did we just learn about sugar? EMF Solutions Canada. Chronic fatigue syndrome (CFS) is a condition causing persistent fatigue that lasts for at least six months (or longer) and isn't due to another medical condition (e.g., hypothyroidism). 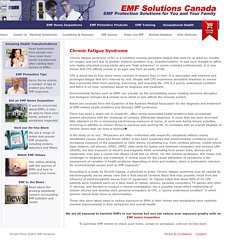 It was once thought to affect only highly educated young adults who are "high achievers" or career-oriented professionals. It is now known that CFS affects people of all ages and from all walks of life. CFS is about two to four times more common in women than in men. Electromagnetic Radiation: 5 Ways to Protect Yourself. Is Electromagnetic Radiation Dangerous? 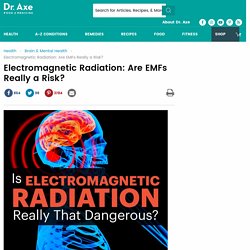 Now that you have a little knowledge of what EMFs are, let’s establish some awareness about some specific dangers that may be around you. The World Health Organization notes that low frequency and high frequency electromagnetic waves affect the human body in different ways. Cell Phones Have you ever noticed your cell phone getting really hot when you are driving your car? When your phone is in high use, including when you’re using a GPS location finder or talking while your car is moving, your phone is doing a lot of working to keep up. If you think this doesn’t affect you, think again.

EMF Protection Products – Which Ones Work And Which Don't. Over the past decade, the market has introduced many EMF protection devices which claim to block radiation. But, do they really work? The truth is that some EMF protection products are really effective while some are just a waste of money. In this article, I aim to bring out which of the products listed below work and which don’t. Antioxidants Attenuate Potential Risks of EMF Exposure. Can Antioxidants Protect You From EMFs? - PrimalHacker. By Brian Stanton Before WiFi, before cell phones, before electricity - humans were exposed only to the electromagnetic fields (EMFs) of the Earth and the sun. 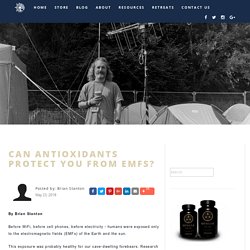 This exposure was probably healthy for our cave-dwelling forebears. Research has shown, in fact, that coming into direct contact with the Earth’s magnetic field - a practice called “grounding” - has beneficial effects. Oh to be a hunter-gatherer again. But these days, grounding represents but a small portion of our daily EMF diet. Who cares? To mitigate these effects, you can, of course, take steps to reduce your EMF exposure. BioElectric Shields EMF Protection Products. The BioElectric Shield offers you: ENERGY PROTECTION: it blocks, deflects and neutralizes the impact of EMF radiation; ENERGY REGULATION: Reduces the impact of unhealthy energies from people, places and devices; ENERGY AMPLIFICATION: Resonates, amplifies and strengthens your energy. 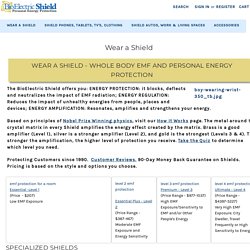 Based on principles of Nobel Prize Winning physics, visit our How it Works page. The metal around the crystal matrix in every Shield amplifies the energy effect created by the matrix. Brass is a good amplifier (Level 1), silver is a stronger amplifier (Level 2), and gold is the strongest (Levels 3 & 4). The stronger the amplification, the higher level of protection you receive. Take the Quiz to determine which level you need. Protecting Customers since 1990. EMF Radiation and Health: How to Mitigate an Emerging Household Danger. By: Michael Lam, MD, MPH; Justin Lam, ABAAHP, FMNM Living in this complex, modern world has advantages, like energy and time-saving tools, but it also has a myriad of disadvantages, including constant bombardment by the electromagnetic fields (EMFs) throughout our environment. 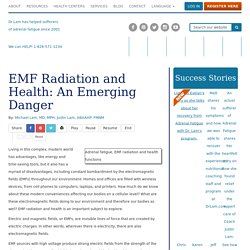 Homes and offices are filled with wireless devices, from cell phones to computers, laptops, and printers. EMF Hygiene: How to Minimize Health Risks From Wireless Devices. EMF Protection In The Home – My Review. Most modern homes are engulfed by electromagnetic fields (EMFs). 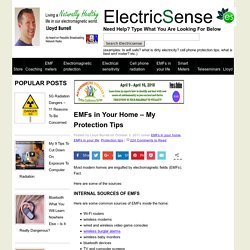 Fact. Here are some of the sources: Internal Sources of EMFs.