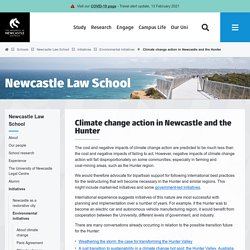 However, negative impacts of climate change action will fall disproportionately on some communities, especially in farming and coal-mining areas, such as the Hunter region. We would therefore advocate for bipartisan support for following international best practices for the restructuring that will become necessary in the Hunter and similar regions. This might include market-led initiatives and some government-led initiatives. International experience suggests initiatives of this nature are most successful with planning and implementation over a number of years. For example, if the Hunter was to become an electric car and autonomous vehicle manufacturing region, it would benefit from cooperation between the University, different levels of government, and industry. 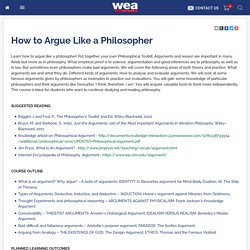 Put together your own Philosophical Toolkit. Arguments and reason are important in many fields but more so in philosophy. What empirical proof is to science, argumentation and good inferences are to philosophy as well as in law. But sometimes even philosophers make bad arguments. We will cover the following areas of both theory and practice: What arguments are and what they do. Baggini, J and Fosl, P., The Philosopher’s Toolkit, 2nd Ed. Arts & Humanities - WEA Sydney. Showing results for Arts & Humanities From history to literature, philosophy to science there is so much to discover. 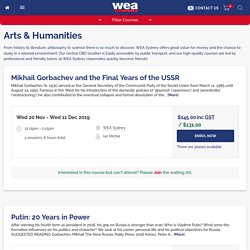 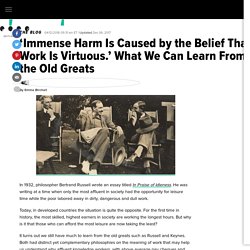 He was writing at a time when only the most affluent in society had the opportunity for leisure time while the poor labored away in dirty, dangerous and dull work. Today, in developed countries the situation is quite the opposite. For the first time in history, the most skilled, highest earners in society are working the longest hours. But why is it that those who can afford the most leisure are now taking the least? It turns out we still have much to learn from the old greats such as Russell and Keynes. The first message is that as a society, we have had a vested interest in seeing work as virtuous. According to Keynes, despite entire populations moving into higher skill, higher paid work, “we have been trained too long to strive and not to enjoy.” A second message from the works of the old greats is that how we spend our leisure time is also a point of contention. What the Happiest Two-Career Couples Are Doing Differently.

The 10 best Australian TV shows of 2018: a picnic, rush hour and outback noir. Thank the stars for public-funded broadcasting. 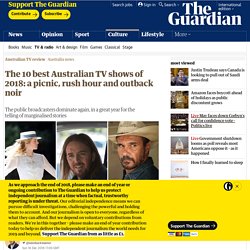 This year, eight of our top 10 Australian television shows were produced by the ABC (five) and SBS (three). That is not unusual (last year’s list told a similar story) but still, it’s disappointing that commercial free-to-air networks have such trouble getting their acts together. Having said that, Peter Helliar’s show How to Stay Married – a spin-off of ABC’s fine It’s a Date series – came close to making this list, its thoughtfully developed characters (who grow on you with time) compensating for a lack of directorial and storytelling flair. As usual, soap operas and reality TV programs didn’t make it in. Couples That Work.

Tools for Coaching & Wellness - National Wellness Institute. These FREE tools, exercises, meditations, and resources are for personal development and to assist wellness professionals, coaches, and students in opening dialogue about personal fulfillment within each of the Six Dimensions of Wellness. 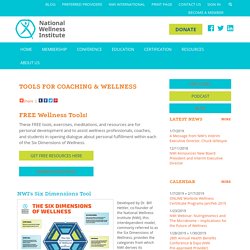 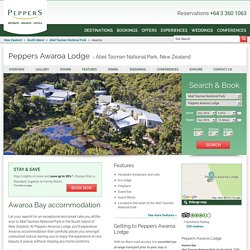 Located in Abel Tasman National Park, transport is available by either helicopter or sea shuttle.