Morrre.dsgn. Australia's most popular design blog. FPO: Catalogues Archives. About FPO (For Print Only), is a division of UnderConsideration, celebrating the reality that print is not dead by showcasing the most compelling printed projects. 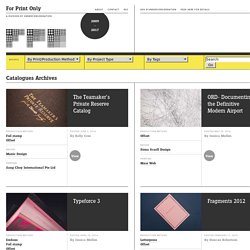 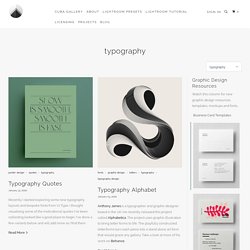 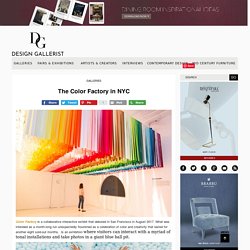 What was intended as a month-long run unexpectedly flourished as a celebration of color and creativity that lasted for another eight sold-out months. Is an exhibition where visitors can interact with a myriad of tonal installations and take photos in a giant blue ball pit. After an eight-month stint in San Francisco, the exhibition has taken over 20,000 square feet (1,860 square meters) of space in Soho for a yet-determined time period.

This August, a whole new palette is coming to New York City in SoHo’s Hudson Square neighborhood. They hope that the palette and projects offered within Color Factory will connect you to the colorful moments around New York and in your own daily life. The team, headed by founder Jordan Ferney of Oh Happy Day, enlisted a host of artists to contribute works – some of which have a local twist. Save. A Brooklyn-based space by MINI dedicated to design. Modern Cyrillic 2019: after 340 entries from 19 countries these are the winners in type design. The jury of MC2019 received 340 entries from 19 countries Modern Cyrillic 2019, the international type design competition organized by Paratype, has just announced its winners. 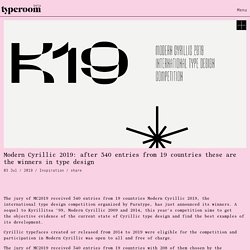 A sequel to Kyrillitsa ’99, Modern Cyrillic 2009 and 2014, this year's competition aims to get the objective evidence of the current state of Cyrillic type design and find the best examples of its development. Cyrillic typefaces created or released from 2014 to 2019 were eligible for the competition and participation in Modern Cyrillic was open to all and free of charge. Neo Neo. The designer and the grid. Think Work Observe. Graphic. Blog - O Street. In years gone by, when I was a student at art school, the choice of beer in the union bar was poor: Lager, Heavy or Guinness. 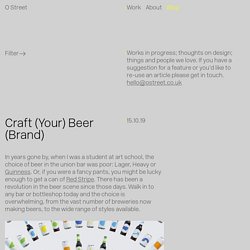 Or, if you were a fancy pants, you might be lucky enough to get a can of Red Stripe. There has been a revolution in the beer scene since those days. Walk in to any bar or bottleshop today and the choice is overwhelming, from the vast number of breweries now making beers, to the wide range of styles available. Good design is key to helping the modern consumer navigate those said bottleshop shelves and taproom lineups. New challenges are cropping up for breweries that were once able to guarantee sales on beer quality alone. Build trust and recognition in your core brand. Consumers trust a brewery like they used to trust a record label or publisher. Stand out from the rest. Your daily dose of creativity. Diariodesign - revista de diseño interiorismo y arquitectura. 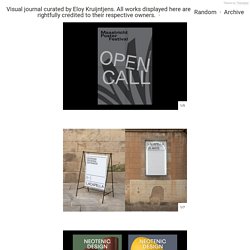 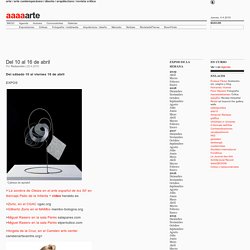 Aesthete Curator. Designbby. Daily — BACK CATALOGUE. The Book of the Cat features feline art and illustration by artists from around the world. Inspiration Lab. Made Thought When I was recently in London I noticed the fantastic visual identity of Established and Sons, a furniture company with an eye for design. 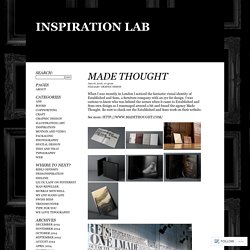 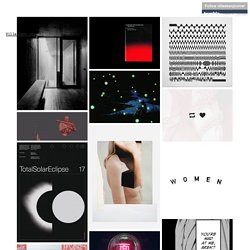 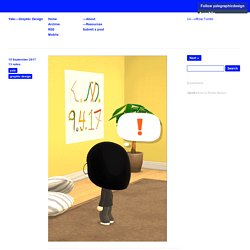 Visual Journal. THEARTISTANDHISMODEL » Editorial. Mcgrath Report September 7th, 2015 The McGrath Report is an annual assessment of the property market focusing on the Australian east coast but also featuring market analysis from around the world. M35 was commissioned to concept, design and art direct the report. The report provides an overview of trends and movements within major cities. HKB – Jahrbuch 2012 : B & R Grafikdesign. Untitled. Bänziger Hug - Welcome. Büromarks. Graphic Design & Tattoos. Logo and Brand Identity for G . F Smith by Made Thought. Opinion by Maisie Benson. G . F Smith is an independent British paper merchant with a heritage dating back to 1885 and a loyal staff, some of whom have provided over 20 years of loyal service. Made Thought, the design studio behind the visual identity for G . F Smith’s distinctive Colorplan range, were recently commissioned to develop a new brand identity for the company that would better reflect the legacy, stature and future ambitions of the company.

This included a new logo and logotype, sample and heritage booklets, stationery, pin badges and website. Today’s review was written by Maisie Benson, a final year graphic design student studying at Falmouth university. Almost every major rebrand gets some form of criticism when presented to the design world. The Directory. THEARTISTANDHISMODEL.

Massimo Vignelli on Bob Noorda. Back in the early 60s Bob Noorda was the designer in Milano with whom I wanted to be most associated. Graphic Journey Blog: Schmalfette: Tall, dark and handsome. I know a lot has been written about this… Twen's Art Director, Willy Fleckhaus 1925 - 1987 The ground-breaking 1960s German magazine Twen, including on this blog. Graphic Design & Tattoos. Swiss Federal Design Awards - The Most Beautiful Swiss Books 2010.

At the com­pe­ti­tion 'The Most Beau­ti­ful Swiss Books' of the Swiss Fed­eral Of­fice of Cul­ture, the in­de­pen­dent jury chose a total of 19 books as the most beau­ti­ful Swiss books of 2010. Sub­se­quently, the awarded books were en­tered in the in­ter­na­tional com­pe­ti­tion of the Stiftung Buchkunst in Leipzig, Ger­many, where they were ap­praised by an in­ter­na­tional jury. A total of three Swiss books were ranked among the most beau­ti­ful: A sil­ver medal for 'TITLE' (Ra­maya Tegegne, Geneva), a bronze medal for 'Chris­t­ian Wald­vo­gel. Earth Ex­tremes' (Ver­lag Schei­deg­ger & Spiess, Zürich) and an hon­orary ap­pre­ci­a­tion for the se­ries 'Teach­ing Ar­chi­tec­ture' (Kalei­do­scope Press / gta Ver­lag). 391 books were en­tered into this year's com­pe­ti­tion. Best Awards - Alt Group. / Pioneering Spirit: A history of Fisher & Paykel.