Butter Cake Recipe. French Apple Cake. With chunks of sweet apples nestled in a tender and buttery rum cake, this French apple cake is the essence of simplicity. 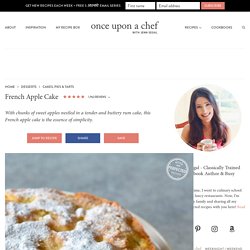 The summer after my junior year in college, I worked in Paris as an au pair for a family with three little boys. My host mother, Valerie, was a pharmacist by day and bon vivant by night. Roasted Vegetable Lasagne Recipe - The Healthy Chef. What's great about it This lasagne is easy to make and meat-free, with alternating layers of complementary, contrasting flavours: smashed tomato sauce, lemon and herb scented zucchini, cinnamon roasted sweet potato and creamy ricotta and Parmesan-laced béchamel. 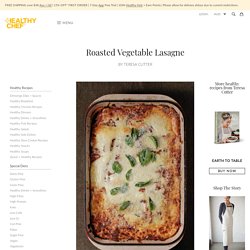 Tomatoes are a wonderful source of vitamin B6, C, K, beta-carotene, potassium and manganese, while capsicums are an awesome source of beta-carotene, vitamin C, B6, E and potassium. Ingredients Serves 8 1 kg zucchini. Perfect Pie Crust Recipe. Yes, you can make your own homemade pie crust! 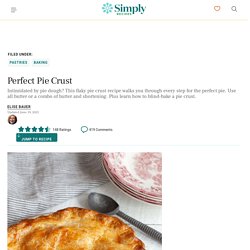 It's not hard, once you get the hang of it, and the result is so much better than your typical frozen pie crust that you get at the store. Video: How To Make Perfect Pie Crust. Chocolate coconut slice recipe. Homemade Limoncello Recipe & Video (+Limoncello Calculations) Yotam Ottolenghi’s 10 recipes for an Australian winter. Swede gnocchi with miso butter and morning glory Also known as rutabaga, Australian swedes are at their best in early winter. 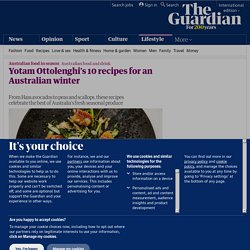 This gnocchi is an inventive use for the root vegetable that “is so delicious, it is well worth the effort involved”, writes Yotam Ottolenghi. Gluten Free Almond Cherry Clafoutis. Clafoutis is a traditional French dessert that’s sort of a cross between a flan and a cake. 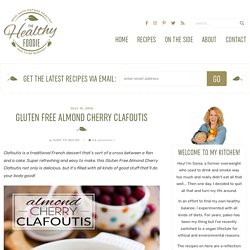 Super refreshing and easy to make, this Gluten Free Almond Cherry Clafoutis not only is delicious, but it’s filled with all kinds of good stuff that’ll do your body good! Here’s another recipe that I’d originally created many many years ago and recently decided to give it a little bit of a face lift… This time, though, I chose to make quite a few changes to the recipe itself and not just redo the photos… Firstly, I wanted to make the cake gluten free, and also too, get it to be much closer to the “real deal”… Indeed, I found the previous recipe to be a tad too cake-y and not quite flan-y enough; so I tweaked a couple of things, and the result was amazing! In fact, they far exceeded my expectations! French Buckwheat Crepes - Spinach Mushroom Savory Galette. French Buckwheat Crepes are gluten-free, savory crepes made of 100% buckwheat flour, water, egg, and salt. 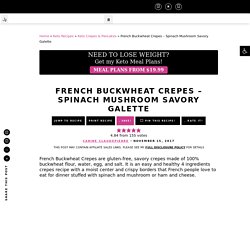 It is an easy and healthy 4 ingredients crepes recipe with a moist center and crispy borders that French people love to eat for dinner stuffed with spinach and mushroom or ham and cheese. French Buckwheat Crepes – Gluten-Free Savory Crepes As a French I love crepes – there is not a week without making crepes in my house.

I do any kind of crepes but my favorite is the authentic French crepes recipes – the sweet one made of white flour, eggs, and milk, not the healthiest, right. Nigel Slater’s recipes for cheesecake and baked rhubarb. So entranced have I become with the black-capped, crustless Basque cheesecake I had almost forgotten the delights of the classic recipe. 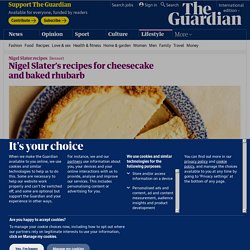 The sort you will find from New York to Vienna, with its thick, creamy body the colour of the inside of a ripe vacherin and a texture so thick you can stand your fork up in it. The one that smells of cold milk and vanilla pods and sticks to the roof your mouth. More crucially, I had forgotten that such overwhelming gorgeousness needs a bowl of soured cream or a lightning bolt of zesty fruit. Prawns, polenta and pineapple upside-down cake: a four-course summer feast by Danielle Alvarez. Oven-roasted prawns with nasturtium and miso butter (Pictured above) Nasturtium ﬂowers grow wild in many parts of the world, and although I think many people have seen them, they don’t know they are edible and taste of strong mustard or spicy capers. 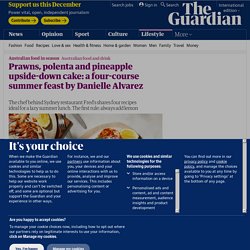 They are also incredibly beautiful and brightly coloured. Try to ﬁnd some that are a bit more off-the-beaten-path (to avoid pollution and pesticides) and be sure to give them a good rinse when you get home. You’ll need a fair few ﬂowers for this butter, so take a basket on your foraging trip. Gingerbread men. 10 Yotam Ottolenghi recipes in season for Australian summer. Grilled corn with avocado butter, grilled limes and aleppo chilli (Pictured above) Like a classic cafe brunch but lighter and faster (because you don’t have to bother turning the corn into fritters) this bright, zesty starter will leave you with plenty of avocado butter left over to spread on toast. 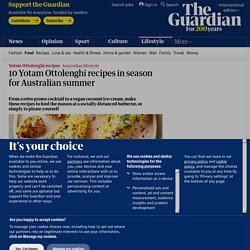 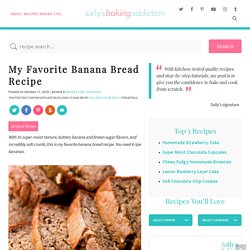 You need 4 ripe bananas. This is my favorite banana bread recipe, one that I’ve cherished for years. It’s the recipe that comes to mind first when I have leftover spotty bananas on the counter and the bread that’s on constant rotation in my freezer stash. This is the best ever banana bread recipe and if you haven’t tried it yet, now’s the time. The Pumpkin Pie Recipe Every Australian Should Try. Pumpkin pie. It sounds weird to anyone born in Australia, where pumpkin is reserved for soup, roast dinners and occasionally for mixing in with mashed potato to make it a little bit healthier. We certainly don't see it as a sweet food, much less a dessert, though as it turns out pumpkin pie is actually a delicious dessert that every Australian should try at some point in their life. One-pot puttanesca, chickpea soup and spicy popcorn: Yotam Ottolenghi’s store-cupboard recipes. Store-cupboard cooking is a subject that will cause lots of eyes to roll and even more eyebrows to rise.

My assumptions about people’s pantries have put me under so much fire in the past that I know a consensus is impossible. Still, the sense of accomplishment when you make a store-cupboard meal, with just a few fresh ingredients added for good measure, is immense. French winter recipes. Pumpkin scones Recipe. LiveLighter - Spicy BBQ fish with mango salad. BBC Food - Recipes - Chilled roasted tomato soup. Lemon & Herb Roasted Chicken Recipe. If you’ve got a hungry family to feed, there’s nothing better than a whole chicken roasting in the oven with that irresistible aroma of lemon and fresh herbs driving everyone in the house crazy with anticipation… I know roasted whole chicken is nothing new…but I wanted to make this one a newbie-friendly recipe anyone could pull off like a gourmet chef. Choosing the right chicken for this recipe is important if you want the best nutrition and taste. I chose an organic, free-range whole chicken. It really makes a big difference – it’s just so much more tender and juicy than those from the big commercial feedlots.

Moroccan-Style Roast Chicken. The humble chicken is one of the thriftiest Paleo meals around – much, much cheaper than buying just the breasts or the wings. For a family, it’s dinner; for a single person, it’s a hearty meal with plenty of leftovers for soup, salad, and broth. The typical way to prepare a chicken is to roast it, but it’s all too easy to get stuck in a rut making the same roast chicken again and again, until you never want to see a bird again! Potato Leek Gratin Recipe. Slow cooker chicken casserole recipe. Nigel Slater’s beetroot and goat’s cheese ‘rosti’ The recipe Peel and coarsely grate 250g of raw beetroot and 150g of parsnip into a mixing bowl. Finely chop a good handful (about 10g) of dill and the same of parsley, then toss with the root vegetables.