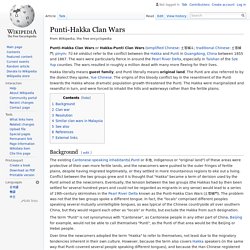 The wars were particularly fierce in around the Pearl River Delta, especially in Taishan of the Sze Yup counties. The wars resulted in roughly a million dead with many more fleeing for their lives. Hakka literally means guest family, and Punti literally means original land. The Punti are also referred to by the dialect they spoke, Yue Chinese. The origins of this bloody conflict lay in the resentment of the Punti towards the Hakka whose dramatic population growth threatened the Punti. Background[edit] The term "Punti" is not synonymous with "Cantonese", as Cantonese people in any other part of China, Beijing for example, would not be able to call themselves "Punti", as the Punti of that area would be the Beijing or Hebei people. Clan war[edit] Bloody battles raged. Les copains d'abord au théâtre Les Déchargeurs - Spectacle musical - Hommage à Georges Brassens. Les copains d'abord ! Time Magazine July 2011 - lescopains. 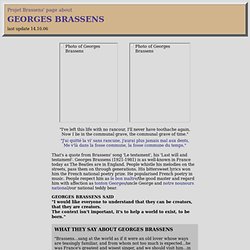 We offer a few examples here; you will easily find others via links within the sites below, or via the Search Engines. Information in English online At the Georges Brassens American Fan Club is webmaster William Hinshaw's personal appreciation of Brassens' poetry. The site includes his own translations of Brassens' songs and a selection of translations from web correspondants. Passage is an international Association aiming to promote the diffusion of Brassens' work outside France. Projet Brassens is a member of Passage. American poet/writer Jack Foley has published some articles about Brassens, including song translations, in his weekly column "Foley's Books" within the online magazine The Alsop Review. Ken Knabb, American translator of Guy Debord's films, has written a page about Brassens at www.bopsecrets.org/recent/brassens.htm. La page de Georges Brassens is a lively and informal reference site. Les Copains d'Abord.

Les Copains d'abord - Peng Chau island (lescopains) Drob by in Peng Chau Island and try our renowned cheese and cold cuts with a glass of wine Discover our online food shop shop, we deliver our food to your doorstep all over Hong Kong for free! 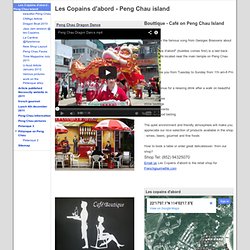 Bouttique - Café on Peng Chau Island Named after the famous song from Georges Brassens about friendship "Les Copains d'abord" (buddies comes first) is a laid back boutique café located near the main temple on Peng Chau Island We welcome you from Tuesday to Sunday from 11h am-8 Pm The ideal venue for a relaxing drink after a walk on beautiful Peng Chau Private parties Wine tastings Corporate events Wine and food tasting The quiet environment and friendly atmosphere will make you appreciate our nice selection of products available in the shop : wines, beers, gourmet and fine foods How to book a table or order great delicatessen from our shop? Pétanque on Peng Chau (lescopains) Nice siesta in the best hammock in the world from Mayahamac.com Introducing our Petanque ring, which attracts Peng Chau residents as much as visiting Tourists. 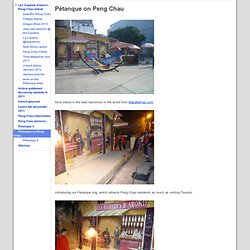 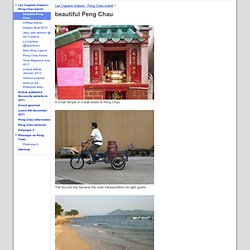 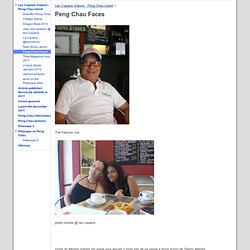 Lescopains: Dragon Boat 2010. Every year races are organized with local teams on Peng Chau the Drum, essential tool for the rowers to be in sync and reach maximum speed A local team. 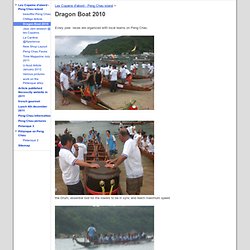