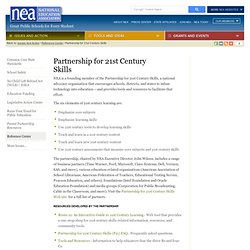 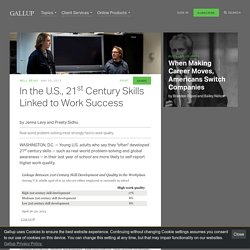 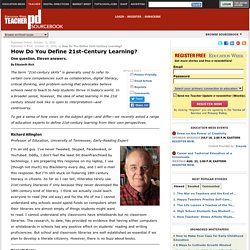 By Elizabeth Rich The term "21st-century skills" is generally used to refer to certain core competencies such as collaboration, digital literacy, critical thinking, and problem-solving that advocates believe schools need to teach to help students thrive in today's world. In a broader sense, however, the idea of what learning in the 21st century should look like is open to interpretation—and controversy. To get a sense of how views on the subject align—and differ—we recently asked a range of education experts to define 21st-century learning from their own perspectives.

The Partnership for 21st Century Skills.