Last sports club standing? Tonga in need of sponsorship to continue playing in Oceania League Cup. The Chair of the Tonga Advisory Council says it's exploitation that Tongan fans continue to bring huge profits to New Zealand Rugby League while Tonga's Rugby League walk away with nothing. 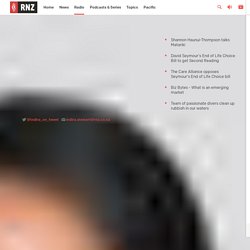 Andrew Fifita leads the Tongan Sipi Tau ahead of the test against Australia in Auckland last year. Photo: Photosport. How the deal was done to bring Serena Williams back to Auckland. Lightning, it seems, does strike twice. 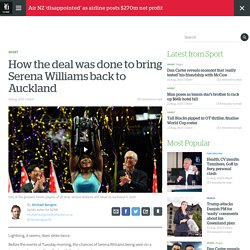 Before the events of Tuesday morning, the chances of Serena Williams being seen on a tennis court again in New Zealand felt pretty remote. As a scenario, it appeared to be in the impossible to imagine category, like John Mitchell coaching the All Blacks again or Michael Cheika running meditation workshops. But it's happened, and Serena Jameka Williams will be the headline act at the 2020 ASB Classic. Wow. When she came in 2017 it seemed like a once in a lifetime event; sporting royalty gracing our boutique tournament at the bottom of the world. A bit like Tiger Woods playing at Paraparaumu in 2002, George Best and Manchester United at Carlaw Park in 1967 or Bjorn Borg thrilling Stanley street crowds in 1974. Williams enjoyed her visit last time, until her infamous 4-6 7-6 (5) 4-6 second round loss to then world No 53 Madison Brengle.

The UFC's next big thing. THERE IS NO special treatment at City Kickboxing, not even for the six UFC fighters mixed into this gym of some 350 members training at various levels of competence and interest. 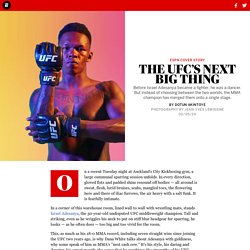 Not when two UFC championship belts, belonging to Adesanya and teammate Alexander Volkanovski, lie parallel on a table in the makeshift lobby area of the warehouse that became the gym's home in November. And not even when there is, like this morning, a photo shoot being orchestrated in one-third of the training area, making plain a contrast the gym's culture strives to obviate. Adesanya is beloved by the gym's members and, maybe most important to him, is treated as an equal. No one ogles or defers to him — he is chided and teased like everyone else. Whenever he finishes working with a gym member, he pulls the person into a tight embrace, reserving, for a few close teammates, an occasional "luhhh you.

" Pacific teams the have-nots of world rugby. SEPTEMBER 16, 2019 Updated 3 hours ago Podcast: The Detail Their fans provide the colour and excitement at every Rugby World Cup - but the Pacific teams are not in Japan on an even playing field. 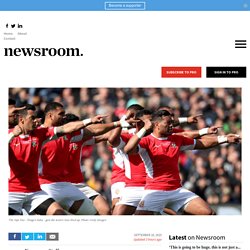 Samoa, Tonga and Fiji are in Japan – just three of 20 teams vying for the Rugby World Cup. But the Pasifika influence spreads far beyond those three teams. Over 20 percent of players at the tournament will be of Pacific Island decent. The Cult of the NBA General Manager. This past week, a tumultuous and extremely entertaining NBA offseason came to a head in the darkest way possible, when an disturbed fan left threatening voicemail messages for Oklahoma City Thunder general manager Sam Presti and head coach Billy Donovan. 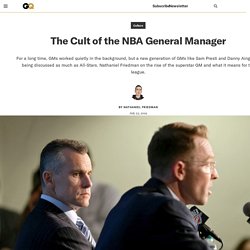 The man, who was quickly identified and arrested, spoke of “want[ing] to kill everybody” in the wake of the trades that sent Paul George to the Clippers and Russell Westbrook to the Rockets. He also mentioned “blow[ing] things up,” which authorities interpreted as alluding to an explosive device rather than a commentary on the gravity of the Thunder’s moves this summer. America's Cup 2021: Dutch Sail withdraws challenge for Auckland. Four teams are a certainty to be on the 2021 start-line - Team New Zealand, Luna Rossa, Ineos Team UK and American Magic. 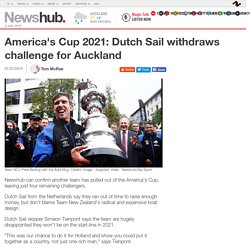 Of the late entries, Dutch Sail joins Team Malta, who are both now gone. But the other challengers in doubt - Stars & Stripes Team USA - have confirmed their commitment to be there. "We continue to make progress with corporate partners and believe we will have what it takes to be competitive in Auckland," says Mike Buckley, co-founder and skipper of Stars & Stripes USA. But America’s Cup veteran and Sailing Illustrated Editor Tom Ehman doesn't believe they'll make it. "I tell you what, talk is cheap," Ehman says. Sport NZ to sports bodies - reach board gender equity or risk funding. Sports organisations have been warned failure to achieve gender equity on their boards by 2021 will "compromise" funding from Sport New Zealand and High Performance Sport New Zealand. 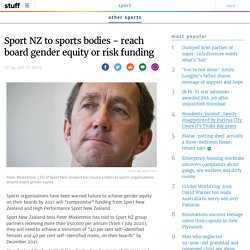 Sport New Zealand boss Peter Miskimmin has told to Sport NZ group partners receiving more than $50,000 per annum (from 1 July 2020), they will need to achieve a minimum of "40 per cent self-identified females and 40 per cent self-identified males, on their boards" by December 2021. New Zealand Rugby, Netball New Zealand and a range of Olympic and Commonwealth Games sports fall into the affected category. Super Rugby: Crusaders commit to full brand and name review after research findings. When endorsement deals go wrong : NZ Herald article. Time to end rugby's uneasy, ill-chosen Crusade. Comment Canterbury and Tasman’s Super Rugby franchise can no longer be called the Crusaders - any more than it can be called the Jihadis. 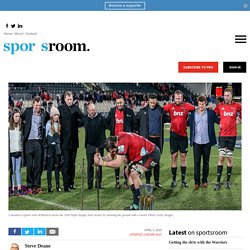 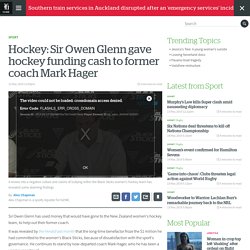 It was revealed by the Herald last month that the long-time benefactor froze the $1 million he had committed to the women's Black Sticks, because of dissatisfaction with the sport's governance. He continues to stand by now-departed coach Mark Hager, who he has been a vocal supporter of. Hager resigned in January to take over as coach of the British and English teams leading to the Tokyo Olympics. His decade-long Black Sticks tenure culminated in a maiden gold medal at April's Gold Coast Commonwealth Games. Hager also took the team to two Olympic fourths, two World League finals and a Champions Trophy bronze. Nike loses $5 billion after Colin Kaepernick advertisement - Why it may not matter. The backlash against Nike's latest ad featuring former NFL quarterback Colin Kaepernick has reportedly cost the sportswear company $5.7 billion. 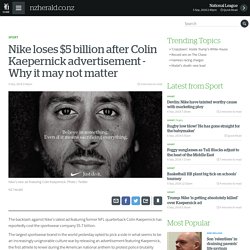 The largest sportswear brand in the world yesterday opted to pick a side in what seems to be an increasingly unignorable culture war by releasing an advertisement featuring Kaepernick, the first athlete to kneel during the American national anthem to protest police brutality against African-Americans. The ad, shared by Kaepernick on social media, features the message: "Believe in something. Even if it means sacrificing everything. " The former San Francisco 49ers quarterback is currently suing NFL owners for allegedly colluding to keep him out of the league.

According to Yahoo Nike lost US$3.75 billion (NZ$5.7 billion) in market cap, while the New York Times reported that shares of Nike fell more than three per cent, though it is unclear if the fall was due to the ad campaign or other market forces. Would you like lies with that? food, kids and TV advertising. Why the Breakers’ ‘family values’ and Barstool Sports don’t go together. When the poor sponsor the rich: Rwanda and Arsenal FC - Noted.

Rwanda keeps surprising. Recently the Rwandan Development Board signed a sleeve sponsoring deal with London Premier League club, Arsenal. Over a three-year period, the 200 sq centimetre ad “Visit Rwanda” will cost the country USD$39 million. President Paul Kagame is known to be a committed Arsenal fan. Recently, he even tweeted that the club needed a new coach after Arsenal’s once invincible league and cup winning manager Arsene Wenger’s poor record over the past number of seasons. Critics sceptical of rugby World Cup economic claims l. Alcohol brands should stop sponsoring sport - researchers. Health researchers say people watching televised sport, including children, are exposed to large amounts of alcohol advertising. The Steinlager beer brand has had a long association with the All Blacks, but health researchers say alcohol companies should not be sponsoring sport.