Women aren't Little Men: Developing Female Athletes. LockerRoom Series In the first of a series on the development of female athletes in New Zealand, Ashley Stanley looks at our two biggest codes and their plans to nurture sportswomen from the grassroots to elite. 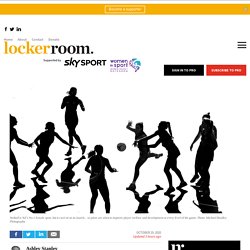 The Silver Ferns' turnaround in 11 months has to be one of the great success tales in sport. Pure and simple. Dame Noeline Taurua’s blueprint broke a code down, when they were already on their knees, and built it back up, step-by-step, to reign supreme in the netball world again last year. The triumphant feat left everyone wondering how they did it.

New York Times: World Rugby bars transgender women, baffling players. Teen Bolts into Muslim Women's Global Powerlist. LockerRoom In the final part of our series on Muslim women and girls in sport, Auckland teenager Aysha Hussan has burst onto a worldwide powerlist of sportswomen, with a dream to score an Olympic first. 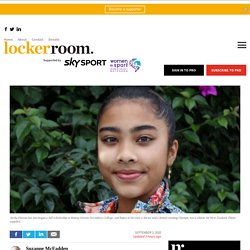 At just 14, Aysha Hussan has already achieved so much, as the New Zealand face on the global Muslim women’s sports powerlist for 2020. Teen Footballer's Goal to be Role Model for Muslim Girls. Football In part two of our series on Muslim women and girls in sport, young footballer Huda Anas is working towards more women of colour representing her club and her code. 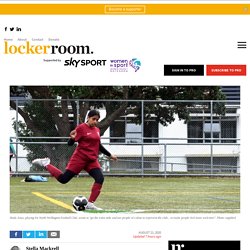 Huda Anas has played football since she was five. But growing up in a Sri Lankan Muslim household in Wellington, she can’t recall having a female Muslim athlete to look up to when she was young. “I would see ads on TV and they would have women in sport, but it wasn’t Muslim women in sport. And there wasn’t a very diverse range of people,” the now 18-year-old says. Instead, her motivation came from within. Jaiyah Saelua is a footballer first. 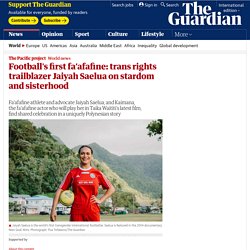 The first openly transgender woman and fa’afafine to compete in a Fifa World Cup qualifying match for men, she has become a global champion for the rights of transgender and fa’afafine athletes, and now - almost disbelievingly - finds her life portrayed in an upcoming Hollywood film, directed by Oscar winner Taika Waititi, to be released later this year. But the game remains her primary and abiding love.

“I was always very fast,” 32-year-old Saelua says matter-of-factly, “and not afraid of being around the boys. Soccer gave me the space to be me.” Salua first found that space on the wings of a quiet field in Fatumafuti, American Sāmoa, two decades ago. The science on transgender sport. Podcast: The Detail The science on transgender women in sport, from the person whose scientific work informed World Rugby's controversial new proposed policy The man who helped write guidelines on transgender players in women’s rugby says he hates that his work has created a platform for people to attack transgender people as cheats. 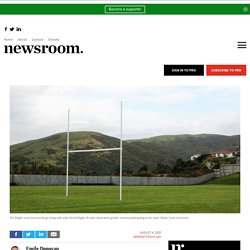 “That’s not the case,” says sports scientist Ross Tucker. "I wish that society would be accepting.” The report was leaked a couple of weeks ago by The Guardian, which suggested World Rugby was considering changing its policy around male-to-female transgender players, potentially banning them from playing women's rugby. NZ Rugby reviewing guidelines as World Rugby finds trans-athletes pose physical risk in women's game. New Zealand Rugby is undertaking a review of its transgender athlete guidelines to protect those in the sport. 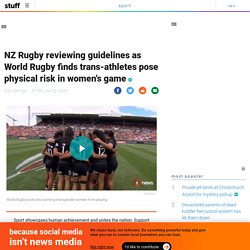 This follows research conducted by World Rugby earlier this year that found trans-athletes pose a physical risk to those playing women’s rugby. World Rugby is reviewing its guidelines, which are yet to be adopted by NZR. NZR’s COO Nicki Nicol said an internal review team, consisting of members from the respect and inclusion teams, legal and medical teams, has been established to address the guidelines which currently allows transgender women to participate in women’s rugby. Women’s funding is not reverse discrimination. NOVEMBER 1, 2019 Updated 8 hours ago Zoё George Zoё George is a Radio New Zealand producer, and presenter of the Fair Play podcast, a co-production of RNZ and WiSP Sports. 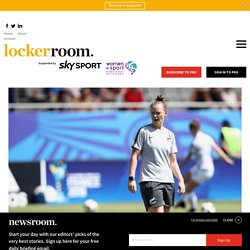 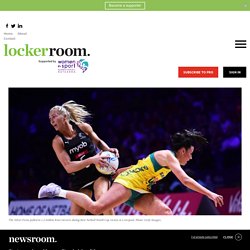 The 1.2 million New Zealanders who recently watched our mighty Silver Ferns become world champions would, no doubt, have a lot to say about that. Ruby the diamond in SKY's commentary crown. LockerRoom In a move to help New Zealand's top sportswomen into careers once their playing days are over, SKY TV is opening its doors to our current crop of female stars. 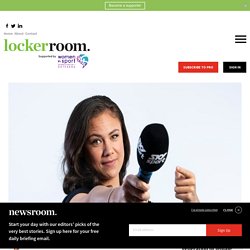 Ruby Tui wants to do this right. Making sport accessible to all - how hard is it? JULY 25, 2019 Updated 16 hours ago LockerRoom Are mixed gendered sports the way of the future for sport, asks this month's Fair Play podcast. 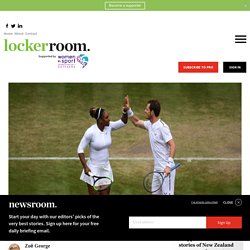 The practice of sport is a human right. Every individual must have the possibility of practicing sport, without discrimination of any kind, and in the spirit which requires mutual understanding, with a spirit of friendship, solidarity and fair play. That’s according to the Olympic Charter. But sport is still one of the last places in society in which segregation, and in turn discrimination, occurs. That notion of segregation has come into stark focus of late. But on the flipside, there’s also been a lot of discussion around new mixed gendered disciplines that have been added to the 2020 Tokyo Olympics programme, meaning men and women will be able to compete together and against each other.

Netball World Cup: Silver Ferns are sadly undervalued and underpaid. OPINION: First a wee quiz. What New Zealand sport has attracted the largest audience in the past three days? Netball World Cup 2019: No prize money for Silver Ferns after Netball World Cup win over Australia. Last week the Black Caps reaped a $3 million payday as runners up of the Cricket World Cup. Today, as the Silver Ferns lifted the Netball World Cup trophy, they pocketed not a single cent from the official organisers. The Ferns claimed a thrilling 52-51 win over the Australian Diamonds in this morning's grand final (NZT) – the first time the national side claimed the title since 2003.

It topped off an incredible 11-month turn around thanks to head coach Noeline Taurua, who came on board following the Ferns' disastrous Commonwealth Games campaign. Tennis: Naomi Osaka opens up on her shock split from coach Sascha Bajin. Naomi Osaka said she would not prioritise "success over happiness" following the surprise sacking of her coach as she heads into the Dubai Championships as top seed for the first time.

The US and Australian Open champion last week split with Sascha Bajin, who led her to a pair of grand slam titles as well as the World No. 1 ranking over the past year. As she prepared to start as top seed in Dubai, Osaka only sketched in a few details as to why she ended her hugely successful partnership with Bajin, revealing how upset she is some people believed money was a motivating factor behind the split. "Everyone thinks it was a money-related issue, but it wasn't," the Japanese player told WTA insider Courtney Nguyen. "That's one of the most hurtful things I've ever heard. "I travel with everyone on my team, I see them more than my family.

AFLW star Tayla Harris trolled over kick photo with social media backlash after it was taken down. Caster Semenya and the myth of testosterone. Middle distance runner and two-time Olympic champion Caster Semenya has lost her battle against International Association of Athletics (IAAF) regulations that exclude her, and others, from competing as women because of their higher than typical testosterone levels. The Court of Arbitration for Sport (CAS) upheld the associations restrictions in a 2-1 vote. The landmark decision means female athletes with naturally elevated levels of testosterone cannot compete against other women in some track events unless they make efforts to reduce the testosterone in their bodies.

However, testosterone is not the male sex hormone and it’s not the key to performance, says anthropologist and bioethicist Katrina Karkazis. Photo: AFP Karkazis says some of the most complicated debates about sex, sexuality, gender presentation and gender identity are about hormones. And, she says, the IAAF regulations aren’t backed by science. The regulations only apply to events of 400 metre to a mile. Girl in school's First XV told her team won't get any points if she plays in tournament. The only girl in a school's first XV rugby team has been told that if she plays in an upcoming tournament her team will not be awarded any points. Briar Hales, 11, a Year 7 Havelock North Intermediate student has pulled out of her team following the disapproval of five school principals who opposed her playing with the boys. Hawke's Bay principals defend decision to bar girl from team.