Álfheimr. Alfheim (Old Norse: Ālfheimr, "elf home") is one of the Nine Worlds and home of the Light Elves in Norse mythology. 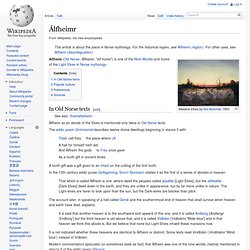 In Old Norse texts[edit] Álfheim as an abode of the Elves is mentioned only twice in Old Norse texts. The eddic poem Grímnismál describes twelve divine dwellings beginning in stanza 5 with: Ýdalir call they the place where UllA hall for himself hath set; And Álfheim the gods to Frey once gave As a tooth-gift in ancient times. Norse paganism. Norse religion refers to the religious traditions of the Norsemen prior to the Christianization of Scandinavia, specifically during the Viking Age. 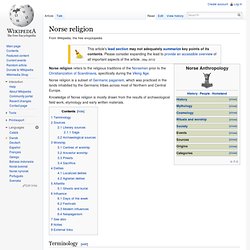 Norse religion is a subset of Germanic paganism, which was practiced in the lands inhabited by the Germanic tribes across most of Northern and Central Europe. Knowledge of Norse religion is mostly drawn from the results of archaeological field work, etymology and early written materials. Terminology[edit] Mjölnir pendants were worn by Norse pagans during the 9th to 10th centuries. This Mjolnir pendant was found at Bredsätra in Öland, Sweden. Norse religion was a cultural phenomenon, and — like most pre-literate folk beliefs — the practitioners probably did not have a name for their religion until they came into contact with outsiders or competitors. 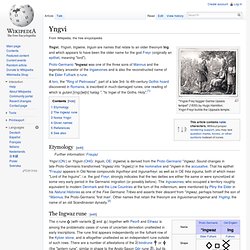 Yngvi-Freyr builds the Uppsala temple. Yngvi, Yngvin, Ingwine, Inguin are names that relate to an older theonym Ing and which appears to have been the older name for the god Freyr (originally an epithet, meaning "lord"). Proto-Germanic *Ingwaz was one of the three sons of Mannus and the legendary ancestor of the Ingaevones and is also the reconstructed name of the Elder Futhark ŋ rune. Cihuacoatl. Stone statue of Cihuacoatl, showing her framed by the mouth of a serpent, holding an ear of maize in her left hand. 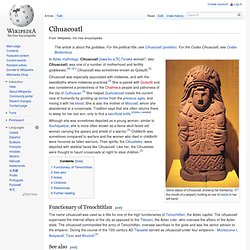 In Aztec mythology, Cihuacoatl [siwaˈkoːaːt͡ɬ] ("snake woman"; also Cihuacóatl) was one of a number of motherhood and fertility goddesses. [nb 1][1] Cihuacoatl was sometimes known as Quilaztli.[2] Although she was sometimes depicted as a young woman, similar to Xochiquetzal, she is more often shown as a fierce skull-faced old woman carrying the spears and shield of a warrior.[3] Childbirth was sometimes compared to warfare and the women who died in childbirth were honored as fallen warriors. 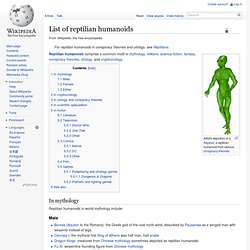 In mythology Reptilian humanoids in world mythology include: Male. Krampus Gruppe Cascadia. Seonaidh. The Seonaidh (anglicised Shony or Shoney) was a Celtic water spirit in Lewis, according to Martin Martin. 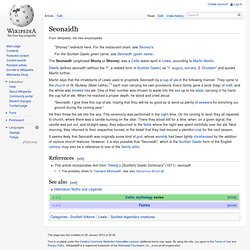 "Seonaidh, I give thee this cup of ale, hoping that thou wilt be so good as to send us plenty of seaware for enriching our ground during the coming year. " References[edit] This article incorporates text from "Dwelly's [Scottish] Gaelic Dictionary" (1911). seonadh See also[edit] Triskele-Symbol1. Triskele-Symbol1.svg - Wikipedia, the free encyclopedia. Indigofera tinctoria. Indigofera tinctoria bears the common name true indigo. 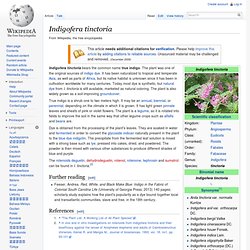 The plant was one of the original sources of indigo dye. It has been naturalized to tropical and temperate Asia, as well as parts of Africa, but its native habitat is unknown since it has been in cultivation worldwide for many centuries. Today most dye is synthetic, but natural dye from I. tinctoria is still available, marketed as natural coloring. The plant is also widely grown as a soil-improving groundcover. True indigo is a shrub one to two meters high. 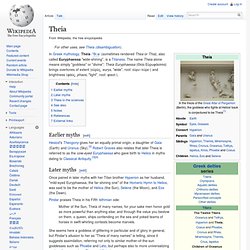 Celtic mythology. Overview[edit] Though the Celtic world at its apex covered much of western and central Europe, it was not politically unified nor was there any substantial central source of cultural influence or homogeneity; as a result, there was a great deal of variation in local practices of Celtic religion (although certain motifs, for example the god Lugh, appear to have diffused throughout the Celtic world). 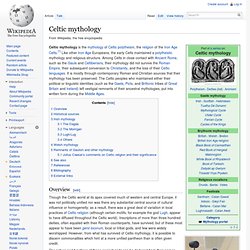 Inscriptions of more than three hundred deities, often equated with their Roman counterparts, have survived, but of these most appear to have been genii locorum, local or tribal gods, and few were widely worshipped. However, from what has survived of Celtic mythology, it is possible to discern commonalities which hint at a more unified pantheon than is often given credit. Aisling. The aisling (Irish for 'dream, vision', pronounced [ˈaʃlʲɪnʲ]), or vision poem, is a poetic genre that developed during the late 17th and 18th centuries in Irish language poetry. 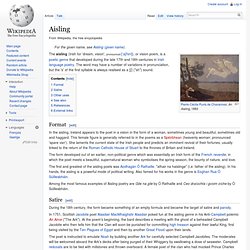 Green_man,_custard_factory,_birmingham.jpg (JPEG Image, 400x756 pixels) Green Man. Types[edit] Lady Raglan coined the term "Green Man" in her 1939 article "The Green Man in Church Architecture" in The Folklore Journal.[3] Some commentators conflate or associate the term with "Jack in the Green".[4] Usually referred to in works on architecture as foliate heads or foliate masks, carvings of the Green Man may take many forms, naturalistic or decorative. The simplest depict a man's face peering out of dense foliage.

Some may have leaves for hair, perhaps with a leafy beard. Often leaves or leafy shoots are shown growing from his open mouth and sometimes even from the nose and eyes as well. Horned God. The term Horned God itself predates Wicca, and is an early 20th-century syncretic term for a horned or antlered anthropomorphic god with pseudohistorical origins[4] who, according to Margaret Murray's 1921 The Witch-Cult in Western Europe, was the deity worshipped by a pan-European witchcraft-based cult, and was demonized into the form of the Devil by the Mediaeval Church. The Horned God has been explored within several psychological theories, and has become a recurrent theme in fantasy literature.[5]:872.

Celtic polytheism. Celtic polytheism, commonly known as Celtic paganism,[1][2][3] comprises the religious beliefs and practices adhered to by the Iron Age peoples of Western Europe now known as the Celts, roughly between 500 BCE and 500 CE, spanning the La Tène period and the Roman era, and in the case of the Insular Celts the British and Irish Iron Age. Celtic polytheism was one of a larger group of Iron Age polytheistic religions of the Indo-European family.

It comprised a large degree of variation both geographically and chronologically, although "behind this variety, broad structural similarities can be detected"[4] allowing there to be "a basic religious homogeneity" amongst the Celtic peoples.[5] The Celtic pantheon consists of numerous recorded theonyms, both from Greco-Roman ethnography and from epigraphy. Among the most prominent ones are Teutatis, Taranis and Lugus. Two Druids.PNG - Wikipedia, the free encyclopedia. Angurgapi Kitchen Pantry Charm for Preserving Food by forestgrove. Aegishjalmr.svg - Wikipedia, the free encyclopedia.

Cancel Edit Delete Preview revert Text of the note (may include Wiki markup) Could not save your note (edit conflict or other problem). Please copy the text in the edit box below and insert it manually by editing this page. Upon submitting the note will be published multi-licensed under the terms of the CC-BY-SA-3.0 license and of the GFDL, versions 1.2, 1.3, or any later version. See our terms of use for more details. Add a note Draw a rectangle onto the image above (press the left mouse button, then drag and release). Save To modify annotations, your browser needs to have the XMLHttpRequest object. [[MediaWiki talk:Gadget-ImageAnnotator.js|Adding image note]]$1 [[MediaWiki talk:Gadget-ImageAnnotator.js|Changing image note]]$1 [[MediaWiki talk:Gadget-ImageAnnotator.js|Removing image note]]$1.

Free Spirit Alliance. The Free Spirit Alliance (FSA) is a non-profit spiritual networking organization serving the Pagan and Pantheist communities.[1] Founded on May 21, 1986[2] and based in the Mid-Atlantic area of the USA, the Alliance's focus has been on presenting regional and local events where people from diverse backgrounds can learn and share ideas. Its promotional literature and website state that the organization has striven to develop a national reputation for being willing to work with often sensitive and personal issues in a friendly and safe environment. FSA’s main event is the Free Spirit Gathering, held in June.[1][3] It has also run a retreat event in the fall[1] but this is currently on hiatus.[4] All of these are currently held at a private campground near Darlington, Maryland. FSA previously ran Sacred Sexuality Beltane (held over five days at Beltane in May).

This festival has been transferred to Turtle Hill Events.[5]