Visualizing Brexit: A Flowchart. Stratfor's geopolitical guidance provides insight on what we're watching out for in the week ahead. 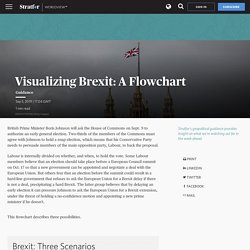 British Prime Minister Boris Johnson will ask the House of Commons on Sept. 9 to authorize an early general election. Two-thirds of the members of the Commons must agree with Johnson to hold a snap election, which means that his Conservative Party needs to persuade members of the main opposition party, Labour, to back the proposal. Labour is internally divided on whether, and when, to hold the vote. Some Labour members believe that an election should take place before a European Council summit on Oct. 17 so that a new government can be appointed and negotiate a deal with the European Union.

But others fear that an election before the summit could result in a hard-line government that refuses to ask the European Union for a Brexit delay if there is not a deal, precipitating a hard Brexit. This flowchart describes three possibilities. Connected Content Copyright © Stratfor Enterprises, LLC. Key Statistics and Trends in Regional Trade in Africa. Africa has a big domestic market that possesses significant opportunities. 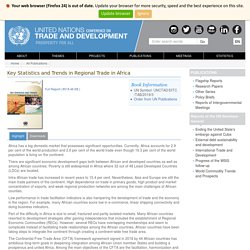 Currently, Africa accounts for 2.9 per cent of the world production and 2.6 per cent of the world trade even though 16.3 per cent of the world population is living on the continent. There are significant economic development gaps both between African and developed countries as well as among African countries. Poverty is still widespread in Africa where 32 out of 48 Least-Developed Countries (LDCs) are located. Intra-African trade has increased in recent years to 15.4 per cent.

The Global Economy’s Next Winners. The countries that once led the world toward economic openness are retreating into protectionism. 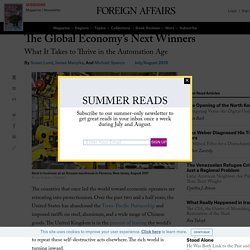 Over the past two and a half years, the United States has abandoned the Trans-Pacific Partnership and imposed tariffs on steel, aluminum, and a wide range of Chinese goods. The United Kingdom is in the process of leaving the world’s largest free-trade area. And rising nationalist sentiment is threatening to repeat these self-destructive acts elsewhere. The rich world is turning inward. Its timing couldn’t be worse. All these trends play to the strengths of developed countries, where skilled work forces, large quantities of capital, huge customer bases, and dense clusters of high-tech companies combine to power modern economies. Rich countries have chosen a spectacularly poor time to begin closing themselves off from trade, investment, and immigration. How America Can Both Challenge and Coexist With China. The United States is in the midst of the most consequential rethinking of its foreign policy since the end of the Cold War. 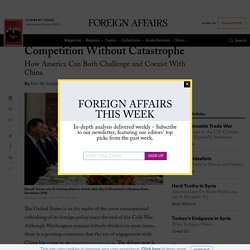 Although Washington remains bitterly divided on most issues, there is a growing consensus that the era of engagement with China has come to an unceremonious close. The debate now is over what comes next. Like many debates throughout the history of U.S. foreign policy, this one has elements of both productive innovation and destructive demagoguery. Most observers can agree that, as the Trump administration’s National Security Strategy put it in 2018, “strategic competition” should animate the United States’ approach to Beijing going forward. But foreign policy frameworks beginning with the word “strategic” often raise more questions than they answer. The Geopolitics of Rare Earth Elements. As part of China's broader efforts to curb the environmental damage and consolidate inefficient industries, Beijing has tightened the reigns on the rare earth refining sector. 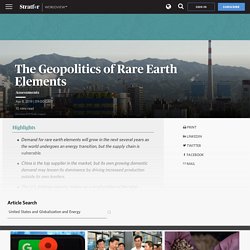 For example, it has cracked down on illegal mining in the country; illegal production of dysprosium oxide decreased by 34 percent from 2013 to 2017, according to Adamas Intelligence. And as part of consolidation efforts associated with its 12th Five Year Plan, Beijing intends to cap production of all rare earth elements at 140,000 metric tons no later than 2020. This would still represent a 20,000 metric ton increase from current levels. 2018's final quota was 120,000 metric tons, and the first half of 2019 is already showing a production increase. A New Balance In an attempt to drive innovation and rely less on China, the most recent National Defense Authorization Act (NDAA) prohibited U.S. defense agencies from purchasing permanent magnets from China. Alternative Solutions. Tracking the Global Ripples of the Fed's Rate Cut. Central bank rate cuts have become the norm this year. 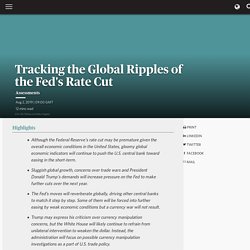 Since the start of January, there have been just 12 interest rate hikes globally (four of which were made by Pakistan as part of ongoing talks with the IMF for a bailout). Comparatively, there had been 20 combined over just the last two months of 2018 as the Fed wrapped up its tightening cycle. In a rate decision announced last week, outgoing European Central Bank (ECB) President Mario Draghi declined to cut interest rates but softened the ground for a cut at the bank's next policy meeting on Sept. 12. But unlike the Fed, the ECB is already in negative interest rate territory. Even though it could cut its deposit rate, which sits at minus 0.4 percent, by a tenth of a percentage point, there is little room for it to push further into the negative.

Over the next few weeks, several key central banks are scheduled to hold policy meetings, and a few could match the Fed’s moves.