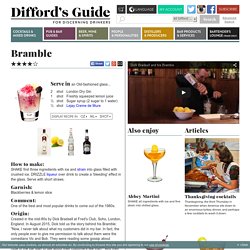 In August 2015, Dick told us the story behind his Bramble: "Now, I never talk about what my customers did in my bar. In fact, the only people ever to give me permission to talk about them were the comedians Vic and Bob. They were reading some gossip about something that had happened in a bar, so I said, “Well, isn't that rather rude of the bar staff to talk about their customers like that?”

And they said, “Oh come on, don't you talk about people in here?” So I said, “No, they'd never feel comfortable in here again. White Lady cocktail Recipe. Gin Basil Smash/Gin Pesto Cocktail Recipe. Earl Grey Tea Infused Gin - The Gin Queen. I am a huge fan of Earl Grey tea and after listening to Jared Brown on his recent visit to Melbourne where he talked about infusing gins with other ingredients (and smoked gin, which I can’t wait to try) I thought I’d give Earl Grey Tea Infused Gin a try. 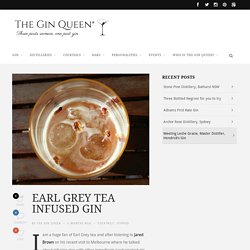 There are several recipes online but as with all things gin and cocktails, it’s worth experimenting until you get a flavour you like. How to Make Earl Grey Tea Infused Gin Ingredients 500ml gin (I used Beefeater) 4 tbsp of loose leaf earl grey tea (I used T2 French Earl Grey) Method Pour the gin into a jar and then stir in the loose leaf tea. Strain the earl grey tea infused gin into a bottle and discard the leaves. So now you’ve made the gin, how best to serve it? Earl Grey Tea Infused Gin Collins 40ml Early Grey Tea Infused Gin 20ml simple syrup 20ml freshly squeezed lemon juice (strained) Fever-tree Soda water Dried rose petals to garnish (optional) Method Add gin, simple syrup, freshly squeezed lemon juice to a glass and stir together. 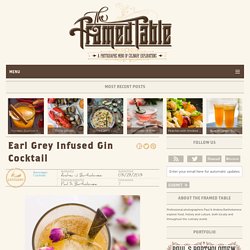 Although many infusions can take days to weeks to really develop, using a concentrated infusing agent like a flowery Earl Grey tea speeds up the process and provides remarkably full flavors in just a few hours. Inspired by a cocktail we had at a London pub recently, Paul reinvented this Earl Grey steeped gin cocktail that provides you with a surprising sense of relaxed sophistication – an afternoon of croquet in the garden followed by cucumber sandwiches. Crusts cut off, please and thank you. Author: The Framed Table. 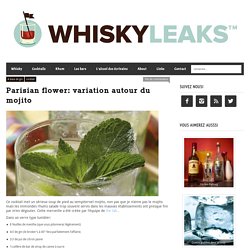 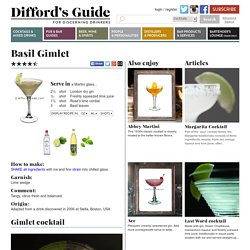 As gin has recently regained ground on vodka so it has reclaimed its rightful place in the Gimlet. Modern, drier palates have also caused the proportion of lime cordial used in a Gimlet to dwindle. The story behind the Gimlet In 1747, James Lind, a Scottish surgeon, discovered that consumption of citrus fruits helped prevent scurvy, one of the most common illnesses on board ship. Lauchlin Rose, the owner of a shipyard in Leith, Scotland, had been working to solve the problem of how to keep citrus juice fresh for months on board ship. Once the benefits of drinking lime juice became more broadly known, British sailors consumed so much of the stuff, often mixed with their daily ration of rum and water ('grog'), that they became affectionately known as 'Limeys'.