Korean Sweet Soy-Glazed Potatoes (Gamja Bokkeum) Recipe. [Video: Serious Eats and Sunny Lee; Photographs: Vicky Wasik] If your side dish recipe rotation is feeling a little tired, then this take on gamja bokkeum, a Korean stir-fried potato banchan, is just what you need to get out of that rut. 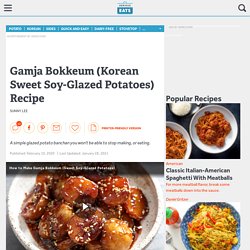 We start by quickly shallow-frying small Yukon Gold potatoes until they're lightly golden brown. Once they've crisped up, the spuds simmer in a mixture of soy sauce, water, fish sauce, finely grated garlic, and sugar until they're tender and creamy. Then we simply reduce the sauce into a sticky, caramel-like, salty-sweet glaze that coats the potatoes. A final drizzle of toasted sesame oil and a sprinkling of sesame seeds provides a hint of nutty bitterness and contrasting texture to balance the sweetness and stickiness of the glaze. Crispy Mashed Potato Casserole With Bacon, Cheese, and Scallions Recipe. The Best Creamiest Mashed Potatoes — Buns In My Oven. Wait until you hear what the secret ingredient is to make these potatoes extra velvety and creamy! 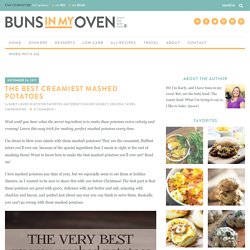 Learn this easy trick for making perfect mashed potatoes every time. I’m about to blow your minds with these mashed potatoes! They are the creamiest, fluffiest taters you’ll ever eat, because of the special ingredient that I sneak in right at the end of mashing them! Oven Baked Hash Browns Homemade Recipe. Crispy Parmesan Potato Stacks Recipe. Print Photography Credit: Lisa Lin When the weather gets colder, I turn to baked potatoes for comfort. 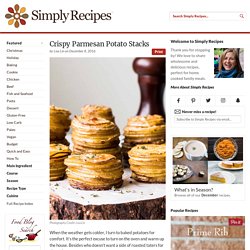 It’s the perfect excuse to turn on the oven and warm up the house. Besides who doesn’t want a side of roasted taters for dinner? Cheesy Hasselback Potato Gratin Recipe. Rosemary-Mustard Grilled Potatoes. By par-cooking your potatoes before they go on the grill, they'll have a soft, almost cakey texture on the inside when they're done, but they'll still have that terrific grilled flavor. The mayonnaise not only adds flavor to the potatoes, but helps keep them from sticking to the grill. Wash the potatoes and cut them into 3/8-inch slices. Cover the potatoes with cold water and 1 Tbs. salt in a saucepan. Crispy Hash Browns Recipe. Print Photography Credit: Elise Bauer My father, being of the solid German stock that he is, is naturally a connoisseur of all things potato. 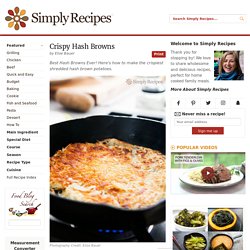 In particular he loves nothing more than very crispy shredded hash browns for breakfast with his eggs. How To Keep Mashed Potatoes Warm: The 4 Best Methods — Cooking Lessons from The Kitchn. So you're making Thanksgiving dinner for 20 people and you're wondering whether you can make the mashed potatoes ahead of time and keep them warm. 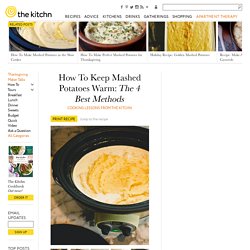 The answer is yes! Here are four foolproof methods to keep your mashed potatoes warm (or reheat the ones you made yesterday). The method you use is up to you; use the one that works best for you and your schedule. Blue Cheese Mashed Potatoes Recipe : Patrick and Gina Neely. Slow Cooker Mashed Potatoes Recipe. Updated Funeral Potatoes - Recipe. Scalloped Potatoes Gratin Recipe Slow Cooker Crock Pot. This is my first time, this curious obsession, of cooking with a slow cooker. 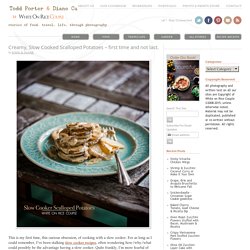 For as long as I could remember, I’ve been stalking slow cooker recipes, often wondering how/why/what could possibly be the advantage having a slow cooker. Quite frankly, I’m more fearful of actually pressing a button on an appliance, leaving it on all day and coming home to a burned down house. My gut feeling has always been to leave the house with everything turned off and I’ve been known to circle back on the freeway to make sure my curling iron was on off. That’s how much of a wimp I am about leaving anything with heat on all day. Duchess Potatoes Recipe. You can easily scale up this recipe. 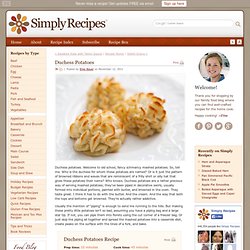 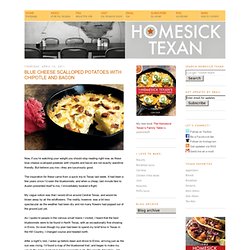 But believe you me—they are luxuriously good. The inspiration for these came from a quick trip to Texas last week. It had been a few years since I’d seen the bluebonnets, and when a cheap, last minute fare to Austin presented itself to me, I immediately booked a flight. My vague notion was that I would drive around Central Texas, and would be blown away by all the wildflowers. The reality, however, was a bit less spectacular as the weather had been dry and not many flowers had popped out of the ground just yet.

As I spoke to people in the various small towns I visited, I heard that the best bluebonnets were to be found in North Texas, with an exceptionally fine showing in Ennis. After a night’s rest, I woke up before dawn and drove to Ennis, arriving just as the sun was rising. Method: Preheat the oven to 400 degrees.