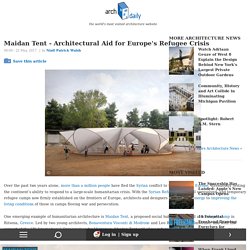 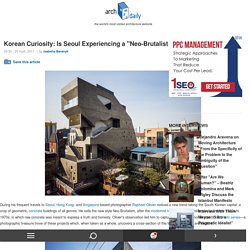 During his frequent travels to Seoul, Hong Kong- and Singapore-based photographer Raphael Olivier noticed a new trend taking the South Korean capital: a crop of geometric, concrete buildings of all genres. He calls the new style Neo-Brutalism, after the modernist movement that proliferated in the late 1950s to 1970s, in which raw concrete was meant to express a truth and honesty. Architectural Details: Emoticon Façade. Architectural Drawings: 8 Circular Plans That Defy Convention. It may come as a surprise, then, that some of the most popular projects in this year’s A+Awards possessed a circular or ring-shaped layout, or a plan consisting of several circular spaces linked together in a chain. 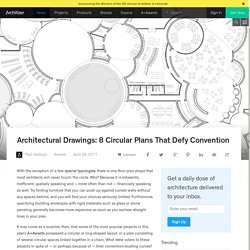 What drew voters to these projects in spite of — or perhaps because of — their convention-busting curves? We explore the evidence below, and also look at a couple of iconic plans from yesteryear that broke the mold by going full circle. 18 Cool Examples of Architecture for Kids. 18 Cool Examples of Architecture for Kids Designing for kids is certainly not child’s play. 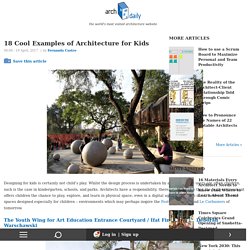 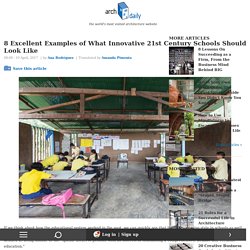 The educational model of the twentieth century could be defined as being similar to the "spatial model of prisons, with no interest in stimulating a comprehensive, flexible and versatile education. " However, we are now at a time when social, economic and technological developments have created a more global society and where information and learning are becoming more affordable. This radical change has transformed the societies in which we live, leaving the current educational model based on a rigid and unidirectional teaching obsolete. All over the world, there are many pioneering schools that have decided to take the extra step and move towards the future of education. These Photographs Capture the Opulent Beauty of Empty Moscow Metro Stations. These Photographs Capture the Opulent Beauty of Empty Moscow Metro Stations Known as one of the world’s grandest subway systems, the Moscow Metro is filled with materials more commonly associated with palaces or museums – marble and granite walls, bronze columns, and lavish chandeliers are just a few of the opulent textures you’ll find beneath the streets of Russia’s largest city. 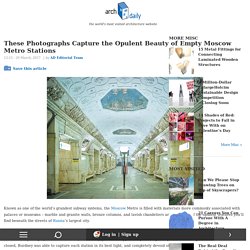 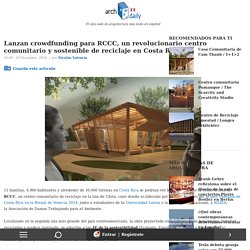 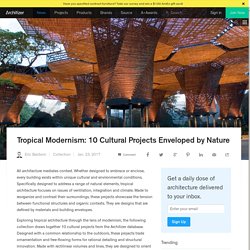 Whether designed to embrace or enclose, every building exists within unique cultural and environmental conditions. Specifically designed to address a range of natural elements, tropical architecture focuses on issues of ventilation, integration and climate. Made to reorganize and contrast their surroundings, these projects showcase the tension between functional structures and organic contexts. They are designs that are defined by materials and building envelopes.