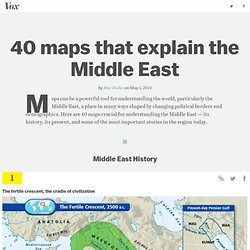 (Some definitions also include the Nile River valley in Egypt.) Philip's Atlas of World History How ancient Phoenicians spread from Lebanon across the MediterraneanThe Phoenicians, who lived in present-day Lebanon and coastal Syria, were pretty awesome. Asian border disputes_04.png (JPEG Image, 1200 × 2309 pixels) - Scaled (43%) Can these satellite images save lives? The U.N. thinks so. As new crises erupt around the world and old conflicts smolder, the images that emerge are usually taken by photographers on the ground. 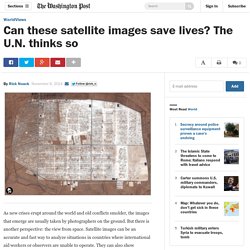 But there is another perspective: the view from space. Satellite images can be an accurate and fast way to analyze situations in countries where international aid workers or observers are unable to operate. They can also show dramatic change — such as in places like the Zaatari refugee camp in Jordan, whose incredible growth over the past two years is shown in the animated photo series above. "Satellite images can absolutely save lives," explains Einar Bjorgo, the manager of UNOSAT, which is part of the U.N. 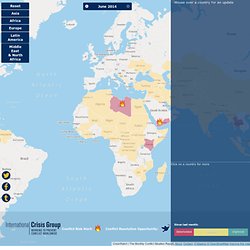 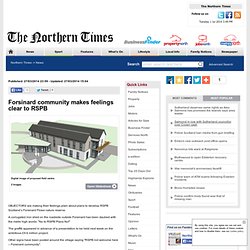 Hamas and Israel step up cyber battle for hearts and minds. 15 July 2014Last updated at 02:57 ET By Sarah Fowler BBC News Israeli military propaganda (left) versus pro-Palestinian cartoon tweeted by Hamas The latest surge in fighting between Israel and militants in the Gaza Strip has seen both sides revive the intense social media battle that was seen during the last Israeli offensive on the coastal territory, "Operation Pillar of Defence", in November 2012. 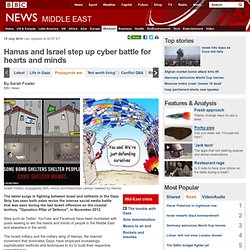 Sites such as Twitter, YouTube and Facebook have been inundated with posts seeking to win the hearts and minds of people in the Middle East and elsewhere in the world. The Israeli military and the military wing of Hamas, the Islamist movement that dominates Gaza, have employed increasingly sophisticated methods and techniques to try to build their respective support bases. War of numbers Since launching "Operation Protective Edge" on 8 July, the Israel Defense Forces (IDF) has posted dozens of updates each day on its Twitter account, which it says provides "real-time information and updates". Life in the Gaza Strip. Home to 1.7 million people, Gaza is 40km (25 miles) long and 10km wide, an enclave bounded by the Mediterranean Sea, Israel and Egypt. 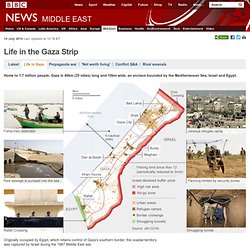 Originally occupied by Egypt, which retains control of Gaza's southern border, the coastal territory was captured by Israel during the 1967 Middle East war. In 2005, Israel withdrew its troops and some 7,000 settlers. Nytimes : Maps that explain the crisis ... Political Geography Now: Lies Your World Map Told You: 5 Ways You're Being Misled. Unfortunately, most world political maps aren't telling you the whole story. 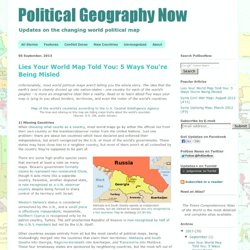 The idea that the earth's land is cleanly divvied up into nation-states - one country for each of the world's peoples - is more an imaginative ideal than a reality. Read on to learn about five ways your map is lying to you about borders, territories, and even the roster of the world's countries.1) Missing Countries When choosing what counts as a country, most world maps go by either the official list from their own country or the member/observer roster from the United Nations. Just one problem: there are about ten countries which have declared and enforced their independence, but aren't recognized by the U.N. or most of the world's governments. These states may have close ties to a neighbor country, but most of them aren't at all controlled by the country they're supposed to be part of.

RSPB accused of hypocrisy over peatland bogs plan. THE RSPB has been accused of double standards by pushing ahead with plans for a £9.6 million development on the largest expanse of blanket peatland bogs in the world. 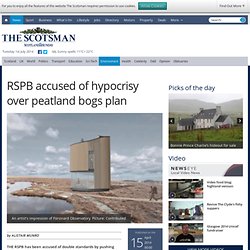 Objectors claim the project at the internationally famous 1,500-square mile Forsinard Flows nature reserve in Caithness and Sutherland – said to play an important role in the battle against climate change – flies in the face of the “conservation values” promoted by the charity. Protesters are now lobbying the Heritage Lottery Fund in a bid to block an application for cash for a proposed field centre and viewing observatory. Some actual facts about Muslims in Birmingham. We know it didn’t really need clarifying, but, no, Fox News, Birmingham isn’t a Muslim-only city. 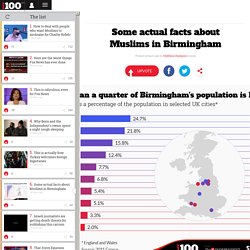 This chart, from Statista, is based on census data for England and Wales in 2011. The ten cities are the largest by general population, and we’ve used official data to show what proportion of their residents identified as Muslim in the last census. As you can see, Birmingham has a sizeable Muslim population at around one in five of its 1.1million overall, but far from the “Islamic zone” that it was painted as by self-professed terror expert Steve Emerson. Fact. Syria's War: Living without power or water. The Atlantic sur Twitter : "The geography of terrorism. The Fund for Peace. The Gaza War Map. The New York Times sur Twitter : "Graphic: How ISIS works. The surge in refugees: Flight of the dispossessed. The-iraq-isis-conflict-in-maps-photos-and-video. TheEconomist : The Kurds are benefiting from ... Washingtonpost : How ISIS's gains threatens ... Zaatari-refugee-camp-in-jordan-evolves-as-a-do-it-yourself-city.

In June, the United Nations High Commissioner for Refugees reported that the number of refugees worldwide in 2013 topped 50 million, the most since World War II, a figure substantially increased by the Syrian conflict. 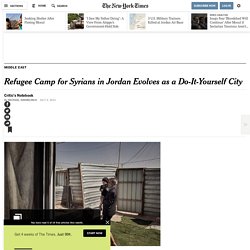 Add to that one million Iraqis displaced during the first months of this year. These vast forced migrations have accelerated discussions about the need to treat camps as more than transitional population centers, more than human holding pens with tents for transients. A number of forward-thinking aid workers and others are looking at refugee camps as potential urban incubators, places that can grow and develop and even benefit the host countries — places devised from the get-go to address those countries’ long-term needs — rather than become drags on those nations.

Photo “You can call a place like Zaatari impermanent and not build adequate infrastructure,” as Don Weinreich, a partner at Ennead Architects in New York, recently put it. Slide Show Mr. This is all black market.