BEST IN CLASS. 'Disgraceland' Podcast Ready to Rock & Shock With Crime Stories About Winehouse, Cobain & More in Season 3. 2017 San Diego Comic-Con Photo Experiences. Location: San Diego, CA Date: 7/20-7/23 Our team was all over San Diego for Comic-Con 2017 with four completely different activations designed for fans to immerse themselves into their favorite TV shows and movies. 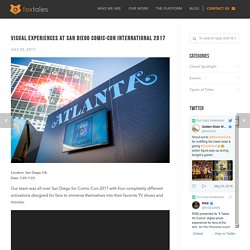 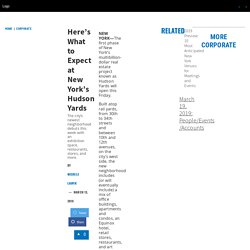 Built atop rail yards, from 30th to 34th streets and between 10th and 12th avenues, on the city’s west side, the new neighborhood includes (or will eventually include) a mix of office buildings, apartments and condos, an Equinox hotel, retail stores, restaurants, and art spaces, including Snark Park. Snarkitecture’s new permanent exhibition space will debut this Friday with an immersive installation titled "Lost and Found," an interactive labyrinth of massive columns. Known for its large-scale, immersive projects like the Beach, the New York-based design studio hopes Snark Park will be “an incubator of sorts for our practice,” said Snarkitecture partner Ben Porto. (Co-founders Daniel Arsham and Alex Mustonen were named BizBash innovators in 2017.) 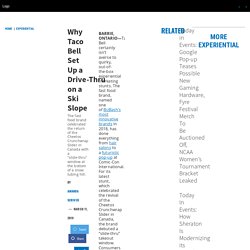 The fast food brand, named one of BizBash’s most innovative brands in 2018, has done everything from hair salons to a futuristic pop-up at Comic-Con International. For its latest stunt, which celebrated the revival of the Cheetos Crunchwrap Slider in Canada, the brand debuted a “slide-thru” takeout window. Consumers were invited to tube down a snowy hill and grab the menu item from a custom-built structure that replicated a drive-thru window.

NVIDIA AI turns crude doodles into photorealistic landscapes. A RAZOR A SHINY KNIFE X MAKE SANDWICH. The Laser Sandwich on Instagram: “Honored to laser cocktails tonight at the epic launch party for @neimanmarcus at the outrageously new + @hudsonyards in NYC. This is a…” BizBash on Instagram: “Digital phone service company @visiblemobile worked with @madwell to take over five bus stops in #WestHollywood. The activation—meant to…” Local Projects. Diversity & Inclusion – Love Has No Labels. Husqvarna Launches 'Timber', An App That Matches Tree Lovers With Available Trees Around the World. Hendrick’s says ‘I love you’ with Valentine’s cucumbers. Melinda Gates on Instagram: “What is the most powerful phone in the world? The one in the hands of the world’s poorest women.”

Art spotlight on Instagram: “Shooting macro bullets By @macroroom _ via @outofmind” Arby’s Launched a Subscription Box, and It Sold Out in Less Than an Hour. Subscription services still seem to be all the rage, but the latest brand to hop on the trend might surprise you. 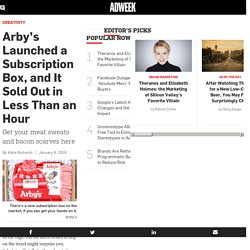 Arby’s is officially in the subscription game. The brand announced today, via Twitter, that it plans to roll out the Arby’s of the Month subscription plan for sandwich lovers across the country. FUTURE WORLD: WHERE ART MEETS SCIENCE, ArtScience Museum. Art spotlight on Instagram: “Marker connecting electricity □ By Agic & Kandenko” Project view / Bompas & Parr. Lighting Designer Christien Methot Lights Nissan Snow Globe. As if a harbinger for a long, cold, northeastern winter, Nissan built a giant snow globe at the Oculus at the World Trade Center in New York City in December 2018 to launch its latest model Altima. 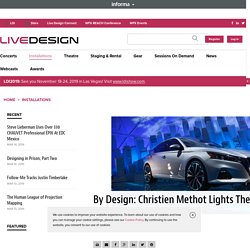 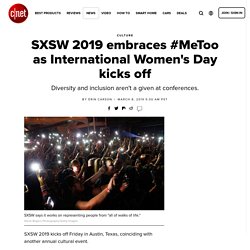 Friday also marks International Women's Day, which dates back to 1911 and is devoted to the "social, economic, cultural and political achievements of women. " The music-film-media festival itself has a full slate of sessions and panels that deal with diversity and inclusion. SXSW Highlights Volume IV. SXSW Trade Show: Your Doorway to Discovery. Even More Ways to Get Around SXSW, Thanks to JUMP by Uber. SXSW 2019: The Best Tech, Movies and Shows So Far. This year's SXSW has insane frights and virtual sights, and a lot of debate about Facebook too. 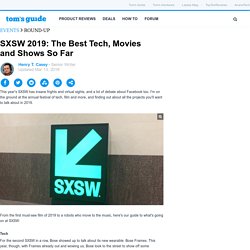 I'm on the ground at the annual festival of tech, film and more, and finding out about all the projects you'll want to talk about in 2019. From the first must-see film of 2019 to a robots who move to the music, here's our guide to what's going on at SXSW: Tech. Invisible North on Instagram: “The LinkedIn Studio at #SXSW created a space for making new connections, showcasing personal brands, and learning how to stand out in the…” 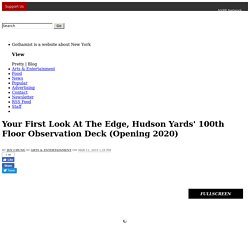 There is 7,500 square feet of outdoor space, and the deck extends 65 feet from the building. How Marketers Responded to the Fyre Festival Documentaries. AT&T Connects Golf Fans with Jordan Spieth through Magic Leap. The best 3D pens in 2019. 3D pens only hit the mainstream relatively recently, but the technology has come on in leaps and bounds in recent years. 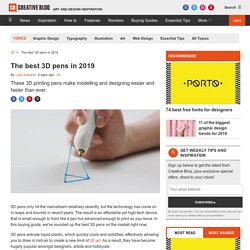 The result is an affordable yet high-tech device that is small enough to hold like a pen but advanced enough to print as you move. In this buying guide, we've rounded up the best 3D pens on the market right now. 3D pens extrude liquid plastic, which quickly cools and solidifies, effectively allowing you to draw in mid-air to create a new kind of 3D art. As a result, they have become hugely popular amongst designers, artists and hobbyists. 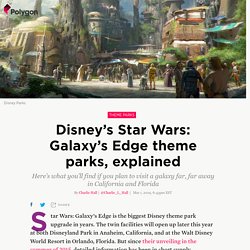 The twin facilities will open up later this year at both Disneyland Park in Anaheim, California, and at the Walt Disney World Resort in Orlando, Florida. Star Wars Galaxy's Edge: 77 Fascinating Facts About the Land. SXSW Conference & Festivals. Tim Armstrong launches the dtx company, focused on direct-to-consumer.

Inside NYFW’s Selfie Playground for Adults. A visitor indulges in Nicola Formichetti’s Nicopanda installation, 'Panda-Monium', at Refinery19's 29Rooms event. Photo: May Kwok View as Slideshow. Levi's Revel 360 Interactive Photobooth ( 40 iPad mini ) Pinterest. Klanglichter - an interactive audiovisual experience. Pinterest. Sam Hurst on LinkedIn: "King Kong...but chocolate! From each tiny strip of the building right down to the gorilla’s teeth - this level of chocolatiering is certainly impressive. It’s amazing what a bit of imagination and a whole lot of skill can come toge. Marketing – MetaverseApp. Case studies — LIGHTWAVE. Keurig to expand its Drinkworks marketing from St. Louis to entire state of Missouri. Saltation Part Ⅱ, Rosetta. The Refueling Station by Daily Harvest pop-up was the brand's first offline experience. Why This Brand Served Smoothies From a... Event Report add to idea book This ad will close automatically in seconds. × Your email inquiry will be sent to 3 venue The gas station theme was inspired by modern, on-the-go lifestyles that often lead to quick, unhealthy eating choices from gas station convenience stores and bodegas.

Mural is Purposely Painted Upside Down to Reflect Right Side Up in the Water. HBO: The Inspiration Room.