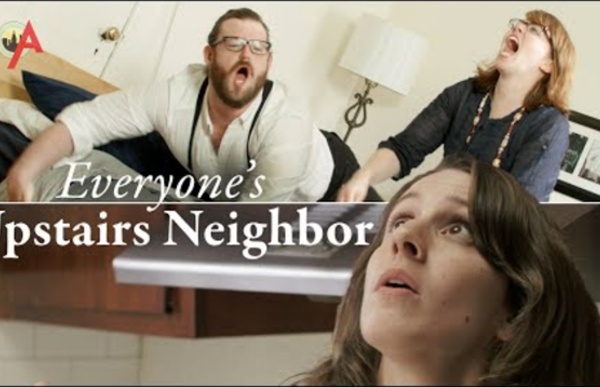 sound narrative Angles, Time, Perspectives is a 5:00 multilayered sound art narrative providing a soundscape of travel over time and distance, a choral created from seemingly disconnected sound sources at my travel destination, and a sonic portrait of how the angles of tomorrow, today, and yesterday collide to provide interesting perspectives. Combines field recordings from Lisbon, Portugal, air traffic control transmissions from around the world, and sample voice transmissions from the Apollo 8 moon landing. Listen to “Angles, Time, Perspectives” Audio Player Installations

Your First Look At The Edge, Hudson Yards' 100th Floor Observation Deck (Opening 2020): Gothamist fullscreen The Hudson Yards, the $25 billion residential and commercial complex, built atop MTA LIRR rail yards on the west side of Manhattan, is opening this Friday. However, one spectacular piece of the development won't be ready until early 2020: The 100th floor observation deck that will, according to press materials, be the highest outdoor observation deck in the Western Hemisphere, with panoramic views of Manhattan, Queens, Brooklyn, and New Jersey.

Comedians Telling Stuff - UK Podcast Directory Performing Arts Change Location Comedians Telling Stuff iTunes Podcast Website SXSW 2019: The Best Tech, Movies and Shows So Far This year's SXSW has insane frights and virtual sights, and a lot of debate about Facebook too. I'm on the ground at the annual festival of tech, film and more, and finding out about all the projects you'll want to talk about in 2019. From the first must-see film of 2019 to a robots who move to the music, here's our guide to what's going on at SXSW: Tech

Immersive Theatre - Spark - CBC Player Jan 18, 2015 | 14:12Spark Can an A.I program be a criminal? Audio Spark Can an A.I program be a criminal? Jan 18, 2015 | 14:12Recently we've seen examples of bots that can buy illegal substances online or that spit out defamatory tweets. SXSW 2019 embraces #MeToo as International Women's Day kicks off SXSW 2019 kicks off Friday in Austin, Texas, coinciding with another annual cultural event. Friday also marks International Women's Day, which dates back to 1911 and is devoted to the "social, economic, cultural and political achievements of women." The music-film-media festival itself has a full slate of sessions and panels that deal with diversity and inclusion.

Should You Podcast with a Cohost? Should you podcast alone, or get a cohost? Cohosts can make some things easier, some things harder. Here's help you to pick what's right for your podcasting. Potential benefits podcasting with a cohost First, let's focus on the positives, and probably the reasons you're thinking of podcasting with a cohost. 1. Lighting Designer Christien Methot Lights Nissan Snow Globe As if a harbinger for a long, cold, northeastern winter, Nissan built a giant snow globe at the Oculus at the World Trade Center in New York City in December 2018 to launch its latest model Altima. The walk-in-size snow globe was produced by Stuart Wiessman Productions, and lit by Christien Methot of Design One, working in collaboration with ad agency TBWA and experiential agency Fake Love. The idea was to set the 2019 Nissan Altima in a variety of urban winter scenes, with snow swirling under the dome.

30 of the best podcasts in 2017 for curious minds Wilma Podcasts are more popular than ever. Thanks to 2014's podcasting hit Serial everyone who owns a mixing desk and a microphone has started to create their own. Sometimes the choice of what to listen to can be overwhelming. To help you out here's WIRED's guide to the podcasts you should be listening to. Podcast of the week: Tomorrow’s World