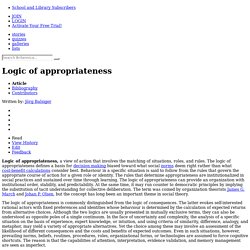 The logic of appropriateness defines a basis for decision making biased toward what social norms deem right rather than what cost-benefit calculations consider best. Behaviour in a specific situation is said to follow from the rules that govern the appropriate course of action for a given role or identity. SyrianArmy DocOOB. Uk.businessinsider. Uk.businessinsider. Why Arabs Lose Wars. Norvell De Atkine, a U.S. 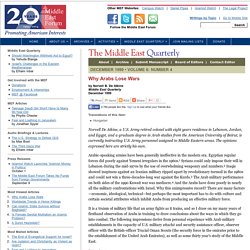 Army retired colonel with eight years residence in Lebanon, Jordan, and Egypt, and a graduate degree in Arab studies from the American University of Beirut, is currently instructing U.S. Army personnel assigned to Middle Eastern areas. The Egyptian Military, Part One: From the Ottomans through Sadat. Fpa.oxfordjournals. Constructivism in the International Relations literature mainly focuses on the constitutive interaction between international norms and state actions. 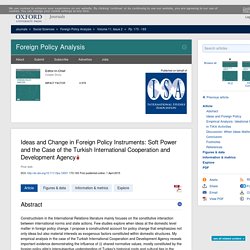 Few studies explore when ideas at the domestic level matter in foreign policy change. I propose a constructivist account for policy change that emphasizes not only ideas but also material interests as exogenous factors constituted within domestic structures. Seizing the Middle Ground: Constructivism in World Politics Abstract. 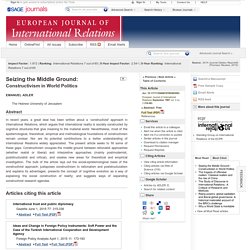 An Error Occurred Setting Your User Cookie. Chapter 3: Contending Perspectives: How to Think about International Relations Theoretically. I. 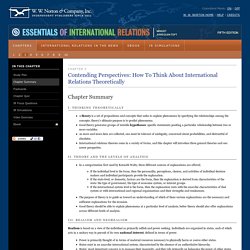 Thinking Theoretically A theory is a set of propositions and concepts that seeks to explain phenomena by specifying the relationships among the concepts; theory’s ultimate purpose is to predict phenomena. Good theory generates groups of testable hypotheses: specific statements positing a particular relationship between two or more variables. Explaining War: A Comparison of Realism and Constructivism. Vladimir Putin bids for major world role as his forces move into Syria. Russian president Vladimir Putin’s dramatic deployment of soldiers, weapons and aircraft to Syria is aimed at reshaping not just a civil war on the edge of the Mediterranean but Russia’s standing in the international community. 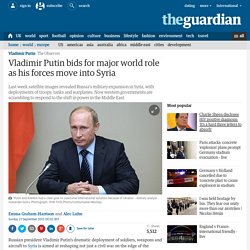 Moscow has been isolated for years by sanctions slapped on the country as punishment for its annexation of Crimea and support for separatists in eastern Ukraine. Doubling down on his support for the beleaguered Syrian regime, Putin sent a clear signal that there would be no solution to the bloody quagmire without Moscow. “Putin and Kremlin had a clear goal to overcome international isolation because of Ukraine,” says Alexander Golts, military analyst and deputy editor of a news site that was censored hours after Crimea was annexed.

UN general assembly: International community has failed Syrians, says Rouhani. Under pressure from home critics to cut short his UN visit and return to Tehran in the face of growing Iranian deaths in Mina stampede, Hassan Rouhani started his speech at the UN general assembly with remembering the Iranian victims, criticising Saudi Arabia and urging an investigation into the tragedy. 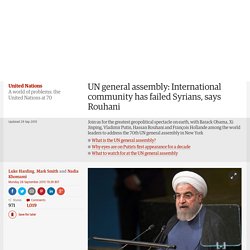 It emerged on Monday that the latest Iranian death toll stands at 228 while as many as 248 people are still missing, according to local media. This is significantly higher than previously thought. “Many who had come together in the spiritual gathering hajj unfortunately fell victims to incompetence and mismanagement of those in charge,” he said, adding that Saudi “unaccountability” has prevented identifying the missing people and the return of dead bodied to Iran.

Rouhani a large part of his speech to mention the landmark Iranian nuclear deal struck in Vienna in July and lay out its consequences for Iran and the west. Russia On Syria Uprising: Nothing Could Justify Foreign Military Intervention. BEIRUT — Syria's powerful allies in Russia vowed Wednesday to block any Western attempts to intervene militarily in Syria as Damascus fights off an increasingly chaotic 10-month-old revolt against President Bashar Assad. 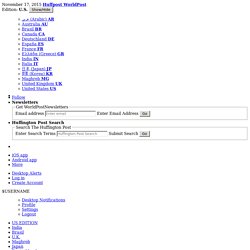 The support came as Assad was showing fresh confidence that he can ride out the uprising with the help of a small – but influential – set of friends in Russia, China and Iran. Iran also gave Syria another boost Wednesday. According to Iran's semi-official ISNA news agency, with the commander of Iran's Quds Force, Brig. Gen. Political Realism. Political Realism Realism is an approach to the study and practice of international politics. 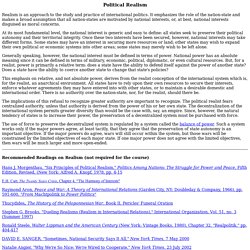 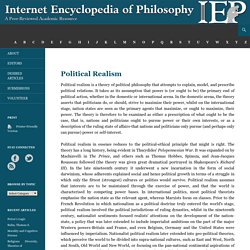 It takes as its assumption that power is (or ought to be) the primary end of political action, whether in the domestic or international arena. In the domestic arena, the theory asserts that politicians do, or should, strive to maximize their power, whilst on the international stage, nation states are seen as the primary agents that maximize, or ought to maximize, their power.