Seeking Refuge from What?

After making it across the Pakistan border, eight Afghan families find shelter in a lodging house. The residents of the Islamabad lodging house didn't know each other before they arrived on its doorstep, breathless and terrified. 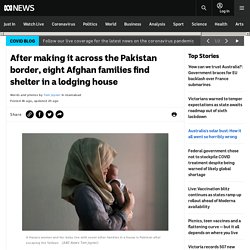 Spread throughout its three floors, they sit in silence or talk in hushed tones, perched on sleeping mats and huddled in doorways. The lodging house looks like any other building in the neighbourhood. A steel gate opens into a small courtyard. Next door, wild hemp plants crowd an empty lot. The view from the building's rooftop stretches over the skyline of the Pakistani capital towards the blue-green pall of the Himalayan foothills. Each of its eight rooms share the same basic features: simple furnishings, bare walls, a noisy ceiling fan, and a family fleeing the Taliban. Inside, the corridors are poorly lit, and common areas are unadorned except for piles of shoes left outside of doors.

"It was like a Bollywood movie," said one man, who had previously worked as a police officer in Kabul and fled Afghanistan with his young family. South Australia's recycling industry to be bolstered by up to $45 million. South Australia's "circular economy" of recycled waste is set to receive a $45 million infrastructure injection following a joint announcement by the Federal and State governments today. 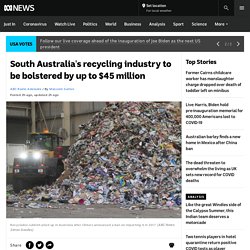 Key points: Industry must commit $15 million to receive $30 million in joint fundingGovernments are focussed on technologies that make recycling more energy and cost efficientSouth Australia presently diverts 83.8 per cent of generated waste away from landfill SA Environment Minister David Speirs said both governments would each contribute $15 million towards expanding the state's recycling infrastructure, with industry expected to provide an additional $15 million. He said applicants could use the grant money to expand existing businesses or set up new ones, with the hope the money would be in the "hands of developers" by Easter. The Federal contribution has been drawn from its $190 million Recycling Modernisation Fund, announced in mid-2020. Using less energy No 'big waste mountain' Key points:

40 years after Iranian revolution, siblings reflect on fear and freedom - RN. Posted about 4 hours agoFri 15 Feb 2019, 9:00pm When Fereydoun Najafi Aria was 18, he heard a knock at the door, and his first instinct was to protect his family. 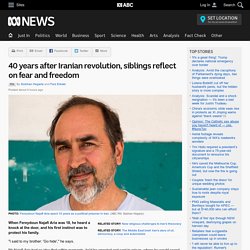 "I said to my brother: 'Go hide'," he says. Mr Najafi Aria had no idea that within moments, he'd be arrested and sent to prison, where he would spend the next 10 years. It was 1981, and in the aftermath of the revolution that saw Iranian monarch Shah Mohammad Reza Pahlavi toppled in favour of an Islamic head of state, thousands of anti-government protesters were being arrested. The men at the door were Revolutionary Guards. "The guy just pushed me aside and started to search everywhere," Mr Najafi Aria says.

Mami thought her son was dead, then she found him on Facebook. Posted about 5 hours agoWed 19 Dec 2018, 8:19pm As her plane took off from a Nairobi runway toward Australia, Mami Coco Nyiramuruta thought her deliverance had come. 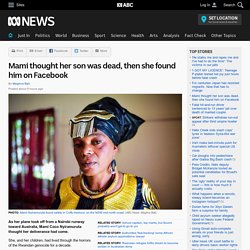 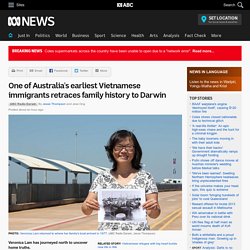 Darwin is a city that she barely remembers, but one which holds an important place in her family's history nonetheless. "My goal this time is to find out what is the actual name of the refugee campsite where I stayed back in 1977. " With the help of the Northern Territory Archives Service, Ms Lam has been connected with one of the few material pieces of history that links her family to that year. A black-and-white photo shows Ms Lam and her father on the boat that had carried them thousands of kilometres through waters in which many others perished. The life of an Iranian refugee in Jakarta: 'Of course I feel less than a human being' - RN. 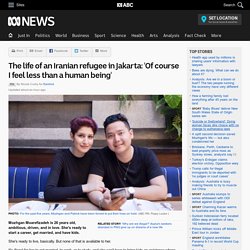 She's ready to start a career, get married, and have kids. She's ready to live, basically. But none of that is available to her. It's illegal for her to get married, to work, or to study, and she can't bear to bring kids an existence where they'd live like she does — without basic rights or hopes for the future. 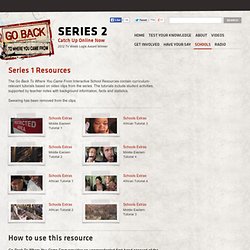 This compelling, informative and educational three-part documentary and its supporting online resources will equip teachers and students for the national discourse on the complexity of managing those who seek asylum on our shores. The documentary follows the experiences of six Australians who for one month are confronted with the harsh realities of life as a refugee as they journey to some of the most dangerous and desperate regions of the world. Asylum seekers and refugees.

Why Are They Leaving Home?