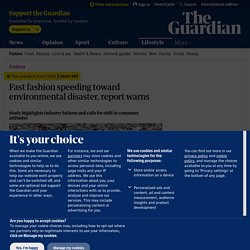 Clothes rental, better recycling processes, pollution control technology and the innovative use of offcuts are among measures that could help, they said. The researchers produced a report – pubished in the journal Nature Reviews Earth & Environment – into the environmental cost of the industry, and how it needs to change to deal with some of the many associated problems. While the figures are debated, the Intergovernmental Panel on Climate Change (IPCC) has calculated the fashion industry produces 10% of global carbon dioxide emissions every year, while it is estimated to use around 1.5 trillion litres of water annually.

Meanwhile concerns have been rising about pollution, from chemical waste to microplastics. “It is really a global problem,” said Dr Patsy Perry, a co-author of the research from Manchester University. A look back at all the weird and wonderful shades from Gucci’s archives. Since becoming creative director of Gucci in 2016, Michele has taken a fluid approach to design by weaving freely between decades for inspiration.

Fashion is a circle. Fashion always back to the vintage.Gucci uses strange and wonderful colors to show, retro in the 70s and 80s. If you look at each color separately, it's not so pretty. And it continues the style of large-frame glasses of the 70s and 80s. This shows that retro big-frame glasses will become a trend. There will be many people who like the 70s and 80s to buy such glasses. – bbwinnie 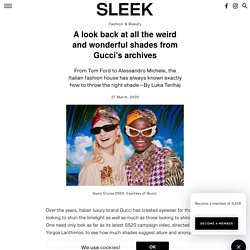 15 Best Work-From-Home Tops to Get Zoom-Ready. Marine Serre seeks hope and survival in the coronavirus era for AW20. ‘Some soles last 1,000 years in landfill’: the truth about the sneaker mountain. Sneaker Con is an aircraft-hangar-sized convention that smells worse and worse as the day goes on. 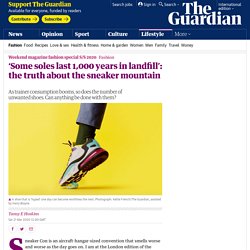 I am at the London edition of the event, but it’s just been in Las Vegas, and is soon due to be in Berlin, then New York. All change?: London fashion week launches first ever swap shop. Is old the new new? 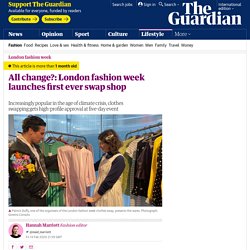 That was the question at London fashion week yesterday, where, alongside headline names such as Mulberry and Vivienne Westwood, the five-day fashion event launched its first clothes swap. Clothes swapping has become increasingly popular in recent years, as the appetite for dressing inexpensively and sustainably has boomed. But the practice has never before had such high-profile fashion industry approval. Parr’s makeup ad for Gucci has a brush with controversy. One is famed for warts-and-all realism, the other for high-end gloss, so there was always going to be something spectacular in the offing when British photographer Martin Parr was asked to shoot a make-up advertising campaign for the Italian fashion house Gucci. The imagery – for the brand’s new L’Obscur mascara – features New York punk musician Dani Miller and her now-famous gap-toothed smile. With lashings of heavy black mascara, natural eyebrows (complete with, shock horror, regrowth), and minimal foundation, it has divided customers and started yet another debate about diversity, even in these times of increased body positivity.

Camira's Oceanic range has a twill weave comprising a light warp and a deeply saturated weft. 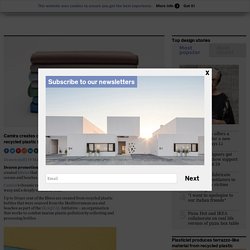 Up to 50 per cent of the fibres are created from recycled plastic bottles that were sourced from the Mediterranean sea and beaches as part of the SEAQUAL Initiative – an organisation that works to combat marine plastic pollution by collecting and processing bottles. Matthew McConaughey Made a Soothing Video About Coronavirus Stress. In these trying times, each of us is turning to different coping mechanisms to help us make sense of an increasingly uncertain world. 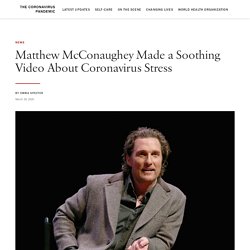 Sometimes it’s online donation; sometimes it’s mutual aid; sometimes it’s something simple, like a freshly unpeeled orange or a nice set of sheets, that helps us feel at ease in our homes and our bodies as the coronavirus pandemic spreads across the globe. Sometimes, coping simply means refreshing Instagram or Twitter to find out what people are talking about. I’m not ashamed to say that Tom Hanks’s Instagram updates are helping to keep me sane throughout all this, and now, I’ve found a new source of inexplicable calm: This incredible video that Matthew McConaughey tweeted on Tuesday, with the mysterious comment “because every red light eventually turns green.” Find out what he means, below: Małgorzata Szumowska takes on gender identity in Poland for Miu Miu’s latest short. For the 19th instalment of Miu Miu’s female-directed Women’s Tales series, the Italian luxury house tapped Polish Filmmaker Małgorzata Szumowska to tell a story.

Gender barriers have always been a big problem in our present society. Many people will cover up their inner gender for family reasons. This advertisement of miumiu tells us not to suppress ourselves, but to face the voice in our hearts bravely. This will also affect people's choices to buy clothes. Don't just buy things to cater to others, be yourself, and buy things you like. – bbwinnie 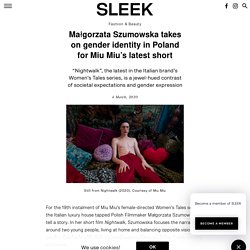 Working From Home? LessLess Designs Robes That Makes You Feel “Comfortable, Safe, and Sexy” Comfort—fashion’s current byword—doesn’t preclude style, but it’s tricky to strike the right balance between the two in these working-from-home days. 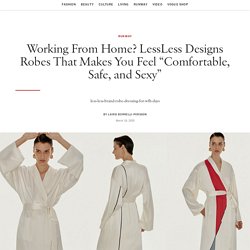 LaQuan Smith’s AW20 show is a love letter to our physical and emotional baggage. When you become an adult, you very quickly realise what a privilege it is to carry around a clutch or one of Jacquemus’ comically small Chiquitos.

Though the article, it was showing the people are not be satisfied with the small bags that only can put the key or phone in the bag. Bag have a other meaning to showing the emotion of the people. people need more space to put their stuff in the big bag. – bbwinnie 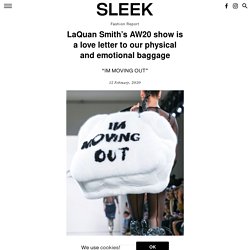 See the Louis Vuitton campaign casting Angelica Ross and Robyn as vintage paperback heroines. Well before the world was binging on boxsets, your best bet for spending hours with your favourite characters, was reading a paperback. But sometimes more memorable than the actual stories, was the cover art bearing stylised typography and fantastical illustrations of the protagonists in intriguing settings. For Pre-Fall 2020, Nicholas Ghesquière used the vintage storytelling of pulp fiction to illustrate his latest collection for Louis Vuitton. Maria Grazia Chiuri calls on the feminist art of Judy Chicago for Dior’s spring couture show. As has been seen at recent seasons, Paris Haute Couture Week is emerging as the destination to foster a viral fashion moment—arguably even more so than its ready-to-wear counterparts.

Wuhan and Huanggang locked down, disrupting Lunar New Year travel plans of millions. These efforts will disrupt the Lunar New Year travel plans of millions, and authorities in the Chinese capital Beijing have canceled all large-scale celebrations. The lockdowns come as the Chinese government revealed that seven of the 17 people who have died from the Wuhan coronavirus did not have pre-existing conditions before they contracted the illness. And the virus spreads more easily from person to person than previously thought, according to David Heymann of the World Health Organization (WHO). The virus initially appeared to spread only by very close contact that would typically occur within a family, such as hugging, kissing, or sharing eating utensils, Heymann said. Now, he says evidence is accruing that shows more distant contact could spread the virus, such as if a sick person were to sneeze or cough near someone else's face.