Doritos ad featuring sweet coming out story goes viral. You might want to reach for a bag of chips and some tissues after watching a Doritos Mexico ad that is lighting up the Internet with its sweet message of acceptance. 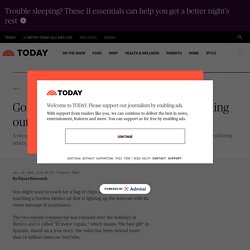 The two-minute commercial was released over the holidays in Mexico and is called "El mejor regalo," which means "the best gift" in Spanish. Based on a true story, the video has been viewed more than 14 million times on YouTube. At the start of the commercial, Javier is traveling home for Christmas and calls his father from a gas station to let him know they're halfway to his house. When his father asked Javier who he is with, he replies that he is bringing his friend from university, Manuel, who didn't have anywhere to go for the holidays. Next, the cinematic commercial cuts to scenes showing the three men spending time together, but Javier's father notices there's something more to this friendship between his son and Manuel.

Throughout it all, the father doesn't judge his son and doesn't ask questions. Untitled. Terre des Femmes – Appearances Are Not a Measure of Worth. Hamburg-based Miami Ad School Europe has created several ads for Terre des Femmes, a women’s rights organization. 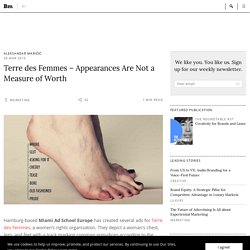 Video: Tony Antonias relives the day he wrote the $1.49 Day jingle for Woodward's department store. NZTA Drive Phone Free. NZTA (New Zealand Transport Agency) is running “Drive Phone Free”, a commercial encouraging drivers and passengers to question the use of mobile phones when behind the wheel. 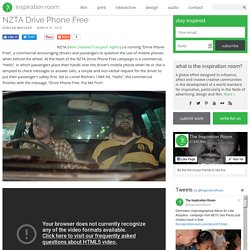 At the heart of the NZTA Drive Phone Free campaign is a commercial, “Hello”, in which passengers place their hands over the driver’s mobile phone when he or she is tempted to check messages or answer calls, a simple and non-verbal request for the driver to put their passenger’s safety first. Set to Lionel Ritchie’s 1984 hit, “Hello”, the commercial finishes with the message, “Drive Phone Free. Put Me First”. The campaign launched on 27 March 2016 and has a large digital online and social presence. The campaign is also supported with radio spots for in-car moments. The Best (And Most Strategic) Ad Campaign Of 2018. Toy advertising moving away from classic gender stereotypes. Boys cooking in the kitchen. 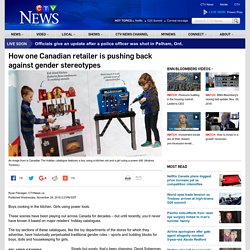 Girls using power tools. These scenes have been playing out across Canada for decades – but until recently, you’d never have known it based on major retailers’ holiday catalogues. The toy sections of these catalogues, like the toy departments of the stores for which they advertise, have historically perpetuated traditional gender roles – sports and building blocks for boys, dolls and housekeeping for girls. Slowly but surely, that’s been changing. David Soberman, a marketing professor at the University of Toronto’s Rotman School of Management, sees it as being indicative of a larger societal shift away from the same gender roles. The Evolution of 4 Iconic Logo Designs.

A strong visual language is the best way to establish brand recognition among your audience, and your logo is the foundation of that visual identity.

A well-designed logo complements a brand, oftentimes taking on a life of its own and effectively settling into the cultural consciousness. Not only that, the best logos serve as both a template and a guide as a brand evolves. Some of the world’s most iconic logos have been refined—though never redesigned—because their design was such an accurate reflection of the brand. Here are 4 classic logos that have been successfully updated for the modern era yet pay homage to their original good design. Designer: Saul Bass, king of corporate logos (including United Airlines, Quaker Oats, Minolta, United Way and Wienerschnitzel) Credit: Brainpickings.org.

People Are Posting Examples Of How Media Can Manipulate The Truth (15 Pics) The traditional news media has been having a rough time in the last few years. According to a recent survey, more Americans have a negative (43%) than a positive (33%) view of the news media, and are finding it harder to be well informed because it is getting harder to determine which news is accurate. Show Full Text. Buy Me That Too! A Kid's Survival Guide to TV Advertising (1991) 15 Mind Blowing Tricks Advertisers Use to Manipulate Photos. This Comically Savage Election PSA Will Scare Every Millennial Into Voting in the Next Election. As the perplexing storm that is American politics rages on, countless groups are working to encourage voter turnout ahead of this year’s midterm elections. 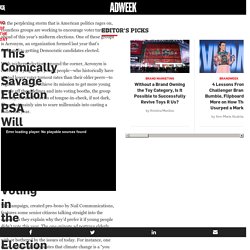 One of these groups is Acronym, an organization formed last year that’s dedicated to getting Democratic candidates elected. With midterm elections around the corner, Acronym is currently trying to get young people—who historically have posted lower voter turnout rates than their older peers—to register to vote. To achieve its mission to get more young people off the sidelines and into voting booths, the group recently released a series of tongue-in-cheek, if not dark, films that mainly aim to scare millennials into casting a ballot this year. Error loading player: No playable sources found The campaign, created pro-bono by Nail Communications, features some senior citizens talking straight into the camera as they explain why they’d prefer it if young people didn’t vote this year. 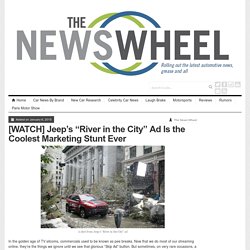