This resource center aims to explain how reinforcement and punishment can be applied by the traffic police to promote road safety.


In Singapore, motorcyclists and pillion riders account for about 1 in 2 of overall road fatalities.


Being a traffic police enforcer is certainly a tough job for the Singapore Police Force. We shall take a look at how can we make use of psychology terms of reinforcement and punishment to promote road safety and to prevent terrible accidents from occurring in the future.


This was done for an assignment from the PSY108 TMA01 for SUSS students. Please do not use it for the further purposes of re-distribution or selling. Thank you.

Overview of the Singapore Traffic Police

Toronto police just issued more than 10,000 traffic tickets in less than a month. There may be some truth to the pejorative "Toronto driver" stereotype — you know, the one that suggests people in this city either can't drive or won't drive safely — if recent statistics are any indication. 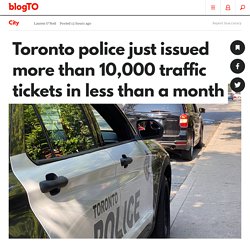 Toronto Police just announced that 7,138 tickets were issued for speeding infractions during their "Back to School and Bicycle Safety" blitz between Sept. 8 and Sept. 30 alone. Another 2,651 tickets were given out during the same period of time for aggressive driving, according to police, while 338 and 110 were issued for distracted and impaired driving, respectively. Police hail successful TT road safety campaign - Manx Radio. There were 13 per cent fewer road traffic accidents during TT 2010 than in last year's festival fortnight. 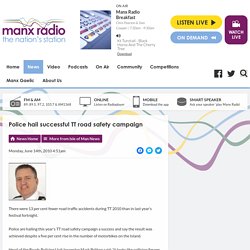 Police are hailing this year's TT road safety campaign a success and say the result was achieved despite a five per cent rise in the number of motorbikes on the Island. Head of the Roads Policing Unit Inspector Mark Britton said: 'It looks like collision figures are down on last year, with 86 collisions recorded at this year's festival compared with 99 last year. There were 57 collisions on the mountain circuit during TT 2009, compared with 49 this time. He went on: 'I attribute that to the great partnerships we have developed with other agencies, which enable us to collaborate over the road safety campaign, and other strategies to help keep accidents to a minimum. 'There's a substantial amount of pre-planning involved and it's pleasing when the extensive preparations achieve the result we all aim for. 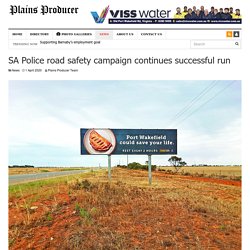 Known as ‘Our Town,’ the South Australia Police (SAPOL) campaign uses a mix of social media content and outdoor billboards to encourage drivers to stop and rest in small towns every two hours, thereby improving the quality and safety of their trip while also promoting country areas. The bespoke signage was built for 59 locations across the state, and every individual billboard states that stopping to rest in these areas “could save your life.”

Created to prevent fatigue, the billboards also visually highlight the unique town aspects and perks for tourists, such as the Monarto Safari Park, as illustrated by a meerkat, and the bakery at Port Wakefield, which uses as classic pasty to entice drivers to stop. Results from recent SAPOL feedback tests for ‘Our Town’ show awareness of the campaign has jumped from 56 to 78 per cent. New traffic rules to be implemented from October 1: Here is all you need to know. Publish Date: Wed, 30 Sep 2020 01:55 PM IST New Delhi | Jagran Automobile Desk: Union Ministry of Road Transport & Highways (MoRTH) recently issued a notification regarding various amendments in Central Motor Vehicle Rules 1989 notification in the area of road safety. 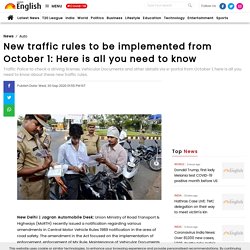 The amendment in the Act focused on the implementation of enforcement, enforcement of MV Rule, Maintenance of Vehicular Documents and E-Challans through portal w.e.f 1.10.2020 for better monitoring. The new rules will be implemented from October 1, 2020. Earlier, traffic police used to check the documents of the suspects on spot. Road Users - not just the usual cars and motorcycles! How can drivers read the road in general? Drivers - How can you be safe on the road? Pedestrians - How can you be safe on the road? • Cross streets at a corner, using traffic signals where available and crosswalks. • Always look left, right, and left again before crossing a street, and keep watching as you cross. 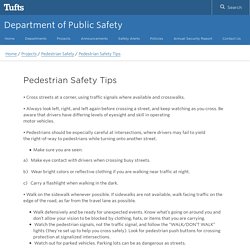 Be aware that drivers have differing levels of eyesight and skill in operating motor vehicles. • Pedestrians should be especially careful at intersections, where drivers may fail to yield the right-of-way to pedestrians while turning onto another street. Make sure you are seen: a) Make eye contact with drivers when crossing busy streets. b) Wear bright colors or reflective clothing if you are walking near traffic at night. c) Carry a flashlight when walking in the dark. • Walk on the sidewalk whenever possible.

What is Operant Conditioning? (Detailed Explanation) 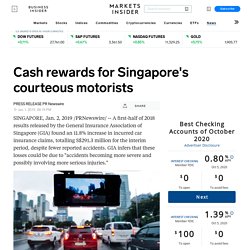 (Negative Reinforcement) What Happens If You’re Caught Speeding in Singapore? In 2017, a total of 762 speeding-related accidents were recorded. 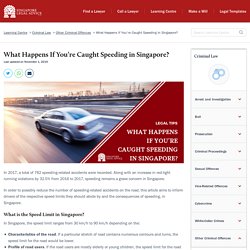 Along with an increase in red-light running violations by 32.5% from 2016 to 2017, speeding remains a grave concern in Singapore. In order to possibly reduce the number of speeding-related accidents on the road, this article aims to inform drivers of the respective speed limits they should abide by and the consequences of speeding, in Singapore. What is the Speed Limit in Singapore? In Singapore, the speed limit ranges from 30 km/h to 90 km/h depending on the: (Positive Punishment) Road Traffic Act. (Positive Punishment) Penalties for Dangerous Driving for Singapore Drivers. Perhaps you’re a fan of the Fast & Furious film franchise and want to try out those cool car stunts for yourself.

Or maybe you think you have the hots to be Singapore’s Best Car Drifter just because you own a sweet car. (Positive Punishment) Safe Driving Course for corrective education. The Safe Driving Course is introduced under Driver Improvement Points System (DIPS) as a ‘circuit breaker’ for motorists who are close to being liable for their first suspension under DIPS. 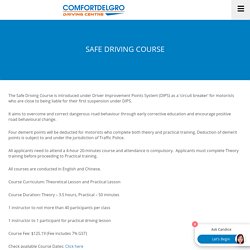 It aims to overcome and correct dangerous road behaviour through early corrective education and encourage positive road behavioural change. Four demerit points will be deducted for motorists who complete both theory and practical training. Deduction of demerit points is subject to and under the jurisdiction of Traffic Police. All applicants need to attend a 4-hour 20-minutes course and attendance is compulsory. Applicants must complete Theory training before proceeding to Practical training. All courses are conducted in English and Chinese. Course Curriculum: Theoretical Lesson and Practical Lesson Course Duration: Theory – 3.5 hours, Practical – 50 minutes 1 instructor to not more than 40 participants per class. (Positive Punishment) New speed camera to be introduced to 'shape' motorists' road behaviour, Courts & Crime News.

SINGAPORE - A new speed camera system will be introduced in the first quarter of 2018 along the new Tanah Merah Coast Road with the hopes of "shaping" motorists' road behaviour and making them more conscious of speed limits. Called the Average Speed Camera (ASC), the system calculates a vehicle's average speed by tracking it on radar when it enters a monitoring zone which can range from 100m to 5km. The technology used in the ASC can distinguish between a lorry and sedan car based on its radar signature, and tell if the vehicle has been travelling over its assigned speed limit.

Traffic Police (TP) shared the ASC initiative with the media on Wednesday at the announcement of the annual traffic situation for 2016. To ensure safer roads and better motoring behaviour, TP said it will continue with its three-pronged strategy of education, engagement and enforcement. The entry into an ASC zone will be marked with bright signs, road markings and stripes. (Negative Punishment) Police arrest and suspend licence of lorry driver driving against traffic on Tampines Expressway, Singapore News. (Negative Punishment) 64-year-old man charged over Lucky Plaza crash that killed two foreign domestic workers.

The new tech driving change on Singapore's roads. SINGAPORE: Ever find yourself cruising through multiple green lights down an empty stretch of road? 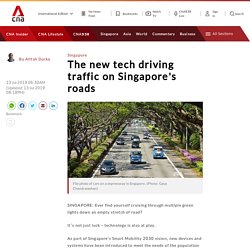 It’s not just luck – technology is also at play. As part of Singapore's Smart Mobility 2030 vision, new devices and systems have been introduced to meet the needs of the population on the roads. Whether you’re a motorist or pedestrian, here are some of the technologies on trial and those that have been around for a while, to help manage traffic and keep the roads safe. Guilty of slamming on the brakes right before a speed camera? The new speed camera system introduced in December last year, won’t let such motorists off the hook so easily. It calculates a vehicle’s average speed and was installed along a 4km stretch of Tanah Merah Coast Road. The road, which has a speed limit of 70kmh, was chosen for the trial "because it is susceptible to speeding and illegal racing", according to the police. This is the first time such a system is being used on Singapore roads.