Baked Lemon Haddock Recipe: How to Make It. Home Gear Bakeware After testing out a ton of fish recipes, I've decided this baked haddock version is the best. 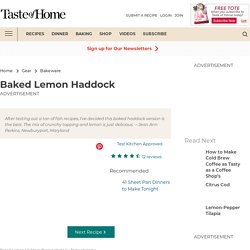 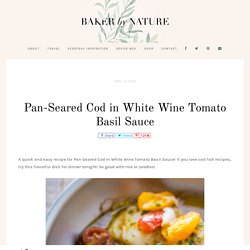 If you love cod fish recipes, try this flavorful dish for dinner tonight! So good with rice or zoodles! Pan-Seared Cod Yesterday we spent the entire day (and night) at the Dutchess County Fair! I look forward to it every Summer, and definitely didn’t hold myself back from indulging in funnel cake, deep fried oreos, french fries, and chocolate covered bananas. Skillet-Fried Fish Nuggets Recipe. Maple Salmon Recipe. 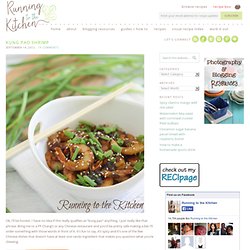 I have no idea if this really qualifies as “kung pao” anything. I just really like that phrase. Bring me to a PF Chang’s or any Chinese restaurant and you’d be pretty safe making a bet I’ll order something with those words in front of it. Bang Bang Shrimp. The one and only time I ate at a Bonefish Grill was about 5 years ago on a work trip in North Carolina. 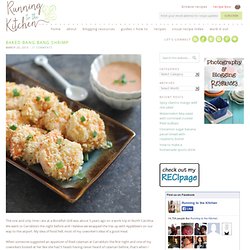 We went to Carrabba’s the night before and I believe we wrapped the trip up with Applebee’s on our way to the airport. My idea of food hell, most of my coworker’s idea of a good meal. When someone suggested an appetizer of fried calamari at Carrabba’s the first night and one of my coworkers looked at her like she had 5 heads having never heard of calamari before, that’s when I knew it was going to be a fun meal. I have no idea what rock he spent the first 23 years of his life living under but I sure as heck tried to find out during dinner. The answer? Southern Jersey. It’s funny how vividly I remember that trip which is one of maybe 100+ over the past 5 years all involving shitty chain restaurant meals but between the calamari incident and the Bang Bang Shrimp at Bonefish, it sticks out in my head. Ragout of Clams with Spinach, Sausage and Orzo Recipe - Andrew Zimmern. Roasted Salmon, Beets, and Potatoes with Horseradish Cream Recipe - Quick From Scratch One-Dish Meals. 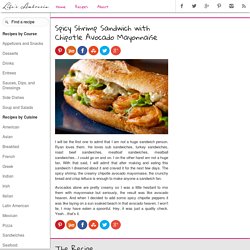 Ryan loves them. He loves sub sandwiches, turkey sandwiches, roast beef sandwiches, meatloaf sandwiches, meatball sandwiches…I could go on and on. I on the other hand am not a huge fan. With that said, I will admit that after making and eating this sandwich I dreamed about it and craved it for the next few days. The spicy shrimp, the creamy chipotle avocado mayonnaise, the crunchy bread and crisp lettuce is enough to make anyone a sandwich fan. Avocados alone are pretty creamy so I was a little hesitant to mix them with mayonnaise but seriously, the result was like avocado heaven.

Sesame Seared Tuna with Lime Ginger Vinaigrette. Sunday, April 26, 2009 In conjunction with my podcast with Michael Ruhlman’s Ratio: The Simple Codes Behind the Craft of Everyday Cooking. 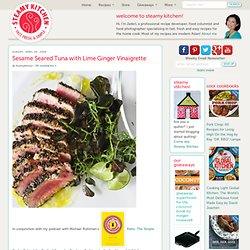 And true to the book’s goal, I didn’t use a recipe to develop the Lime-Ginger Vinaigrette for the Sesame Seared Tuna. After a quick check in the refrigerator, I had one good key lime and a nub of ginger…so following Ruhlman’s ratio for 3 parts oil to 1 part vinegar, I whisked together this concoction. Yes, maybe you already know a vinaigrette’s 3:1 ratio, but how about a ratio for Hollandaise, Pizza Dough, Crepe, Sausage, Brine, Custards, Caramel Sauce, Pound Cake, Biscuit Dough plus 22 more formulas? Get Michael’s book – you can buy a signed book (just tell him what you want inscribed in the book) directly from Michael Ruhlman or unsigned (slightly cheaper) from Amazon. Listen to my steamy podcast with Michael Ruhlman. One of Michael Ruhlman’s essential tools in the kitchen is his scale. .

Smear wasabi on both sides of the tuna. Serves 4 as appetizer.