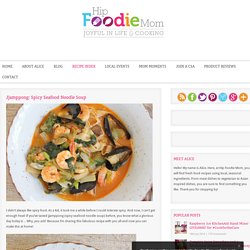 New England Clam Chowder {Slow Cooker Style} If you're new here, you may want to subscribe to my RSS feed. 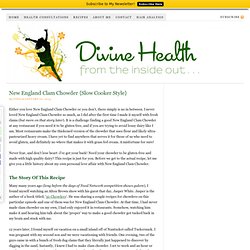 Thanks for visiting! Either you love New England Clam Chowder or you don’t, there simply is no in between. I never loved New England Clam Chowder so much, as I did after the first time I made it myself with fresh clams (but more on that story later). It is a challenge finding a good New England Clam Chowder at any restaurant if you need it to be gluten free, and if you are trying to avoid lousy dairy like I am. Most restaurants make the thickened version of the chowder that uses flour and likely ultra-pasteurized heavy cream. Never fear, and don’t lose heart -I’ve got your back! The Story Of This Recipe Many many years ago (long before the days of Food Network competition shows galore), I found myself watching an Alton Brown show with his guest that day, Jasper White. 12 years later, I found myself on vacation on a small island off of Nantucket called Tuckernuck. 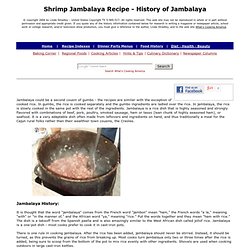 In gumbo, the rice is cooked separately and the gumbo ingredients are ladled over the rice. In jambalaya, the rice is slowly cooked in the same pot with the rest of the ingredients. Jambalaya is a rice dish that is highly seasoned and strongly flavored with combinations of beef, pork, poultry, smoked sausage, ham or tasso (lean chunk of highly seasoned ham), or seafood. It is a very adaptable dish often made from leftovers and ingredients on hand, and thus traditionally a meal for the Cajun rural folks rather than their wealthier town cousins, the Creoles. Jambalaya History: It is thought that the word "jambalaya" comes from the French word "jambon" mean "ham," the French words "a la," meaning "with" or "in the manner of," and the African word "ya," meaning "rice.

" There is one rule in cooking jambalaya. Check out my Shrimp Recipes for more great cooking ideas. Ingredients: The Crazy Kitchen: Salmon Two Ways. This is the third post for Fish is the Dish, with the first being Smoked Mackerel Two Ways, and the second being Trout Two ways. 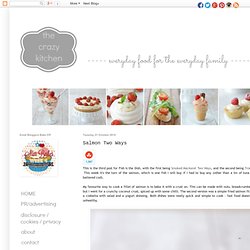 This week it's the turn of the salmon, which is one fish I will buy if I had to buy any (other than a tin of tuna or some pre battered cod). My favourite way to cook a fillet of salmon is to bake it with a crust on. Don't Be A Jerk. There's A Lot More To Island Cooking. Hide caption The pillars of Caribbean cuisine, framing the front of a streetside stall. 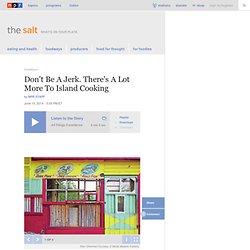 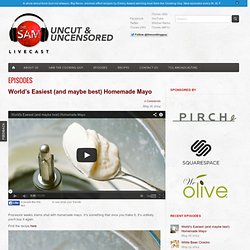 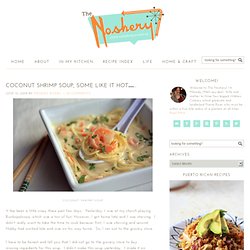 Yesterday, I was at my church playing Bunkopalooza, which was a ton of fun. However, I got home late and I was starving. I didn’t really want to take the time to cook because: first, I was starving and second, Hubby had worked late and was on his way home. So, I ran out to the grocery store. I have to be honest and tell you that I did not go to the grocery store to buy missing ingredients for this soup. Okay, now that I got that off my chest, let us move forward to the delicious dish pictured above.

Shall we? First grate some ginger. Peel 3 carrots…..like I really need to tell you. If you have a julienne cutter use it, if not cut your carrot into thin strips. Heat a large sauce pan with 1 Tbs of veggie oil, add garlic, ginger and red pepper. Add 1 16 oz can of coconut milk….Mmmmmm…. Then 3 cups of water. In a small bowl combine 1 Tbs of corn starch with 1 Tbs of water. Mix it until smooth. Add to the soup I loved this soup. Tyler Florence: Fish and Chips With Homemade Tartar Sauce. Baked Crab Cakes with Spicy Avocado Sauce. I will be the first to admit that I haven’t eaten enough crab cakes in my life. 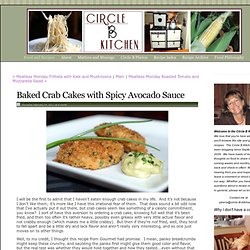 And it’s not because I don’t like them; it’s more like I have this irrational fear of them. That does sound a bit odd now that I’ve actually put it out there, but crab cakes seem like something of a caloric commitment, you know? I sort of have this aversion to ordering a crab cake, knowing full well that it’s been fried, and then too often it’s rather heavy, possibly even greasy with very little actual flavor and not crabby enough (which makes me a little crabby). But then if they’re not fried, well, they tend to fall apart and be a little dry and lack flavor and aren’t really very interesting, and so one just moves on to other things.