Ulsan's Restaurant Guide » Gracias, Brazilian Tragedy. I’ve been lucky to hit up a lot of good restaurants doing reviews for this site. 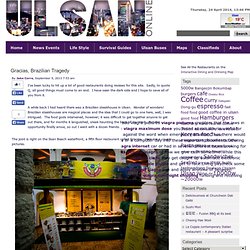 Sadly, to quote Q, all good things must come to an end. I have seen the dark side and I hope to save all of you from it. A while back I had heard there was a Brazilian steakhouse in Ulsan. Wonder of wonders! Brazilian steakhouses are magical places and the idea that I could go to one here, well, I was intrigued. The joint is right on the Ilsan Beach waterfront, a fifth floor restaurant called Gracias. These were supplied by Jason Teale, who also gave me a bunch more that I’m not going to include. The meal started with a good omen, as I ordered a Guinness draft and they brought a bottle. Air travel - 3 weeks trip from Zurich to Japan and South Korea - Travel Stack Exchange. I will add to downhand's answer, which I mostly endorse (especially the part about the ferry!) 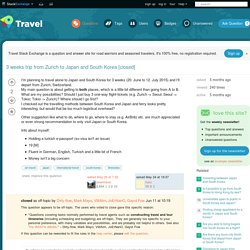 I will give some alternative suggestions about some of my favorite places off the beaten track, especially if you like walking. I would personally spend somewhat less time in Tokyo and Seoul -- they are delightful places both, but in my opinion the tourist sights in both places can be missed. The fun part of these cities, in my view at least, is just walking around and seeing everyday urban life. I'd probably skip Kobe, unless your itinerary is otherwise short on urban Japan. It is a delightful city (indeed, I am there now for work and having a great time!) Traffic Accidents, Korea - South-Korea - korea4expats. Daily Life > Driving in Korea. 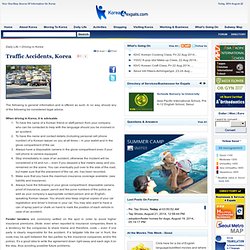 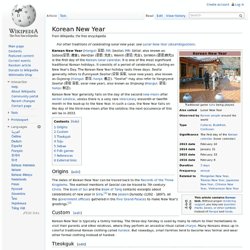 It is one of the most significant traditional Korean holidays. It consists of a period of celebrations, starting on New Year's Day. The Korean New Year holiday lasts three days. Seollal Holiday Day 1 in South Korea. Quick Facts Chinese New Year is the first day of the New Year in the Chinese calendar, which predates the Gregorian calendar. Local names. Information for Expats Living, Moving, Visiting, Working in Korea. Busan Metropolitan City. Geoje; information from and for expats. Takorea Mexican Grill. Since July 2011, Takorea Mexican Grill has been nestled on a quiet street in Jung-gu, Daejeon. 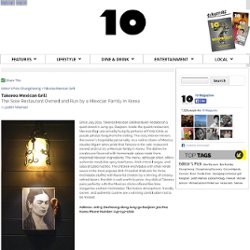 Inside the quaint restaurant, Mexican flags are proudly hung by pictures of Frida Kahlo as purple piñatas hang from the ceiling. The cozy interior mirrors the owner’s hospitable personality. As a native citizen of Mexico, Jacobo Olguin takes pride that Takorea is the sole restaurant owned and run by a Mexican family in Korea. The dishes he creates are flavored with homemade salsas made from imported Mexican ingredients.

The menu, although short, offers authentic meals like spicy beef tacos, thick chimichangas, and salsa drizzled nachos. South Korea - SOCIETY. South Korea - The Society South Korea FEW SOCIETIES HAVE CHANGED as rapidly or as dramatically since the end of World War II as that of the Republic of Korea (South Korea). 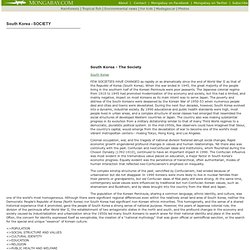 When the war ended in 1945, the great majority of the people living in the southern half of the Korean Peninsula were poor peasants. The Japanese colonial regime from 1910 to 1945 had promoted modernization of the economy and society, but this had a limited, and mainly negative, impact on most Koreans as its main intent was to serve Japan. The poverty and distress of the South Koreans were deepened by the Korean War of 1950-53 when numerous people died and cities and towns were devastated. Colonial occupation, war, and the tragedy of national division fostered abrupt social changes. The international parcel service. Cine in Korea - with moviegoers. Taking the train in Korea ~ Gone Seoul Searching. South Korea has an amazing railroad system with a wide variety of comfort levels and prices. 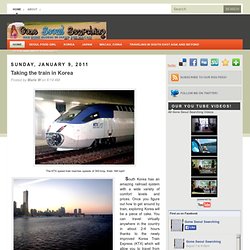 Once you figure out how to get around by train, exploring Korea will be a piece of cake. You can travel virtually anywhere in the country in about 2-4 hours thanks to the newly improved Korea Train Express (KTX) which will allow you to travel from Seoul to Busan in only 2 hours and 30 minutes. So sit back, relax, and enjoy great views of the Korean country side via the Korean railway. My first experience on the Korean railway was this weekend when I took a train down to Daegu to visit a good friend of mine.

I took a Muganghwa class train which is an older train to save some money. Is this your first real winter? Every winter, as I loudly proclaim how much I hate the cold, people inevitably say, “But you’re Canadian!” 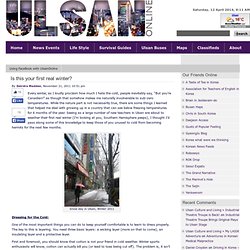 As though that somehow makes me naturally invulnerable to sub-zero temperatures. While the nature part is not necessarily true, there are some things I learned that helped me deal with growing up in a country that can see below freezing temperatures for 6 months of the year. Seeing as a large number of new teachers in Ulsan are about to weather their first real winter (I’m looking at you, Southern Hemisphere peeps), I thought I’d pass along some of this knowledge to keep those of you unused to cold from becoming hermits for the next few months. Snow day in Ulsan, Winter 2011 Dressing for the Cold: 20 ways to cool off in the heat. Britain is sizzling – and is now so hot that the Met Office has issued health warnings. With the heatwave set to continue for at least another week everyone is looking for ways to stay cool, and safe, in soaring temperatures.

And you really can keep your cool if you learn to sweat the small stuff. Your instinct may be to get naked as the mercury rises – but it’s actually better to wear long, loose clothes in natural fibres – like cotton, linen or good old-fashioned seersucker. They wick moisture from the skin.....absorbing perspiration which evaporates and makes us feel cooler. Hot air rises, so if you need to cool down quickly, lie on the floor. 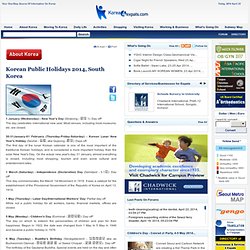 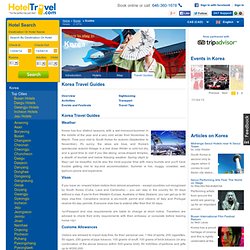 What You Need For Emergency Grab and Go Bags. Coming from a paranoid family, I've done a lot of research on emergency preparedness. One piece of helpful information I picked up along the way is the advantage of "grab & go" bags. If there's ever an emergency where you have to leave your home immediately due to some unforeseen event, such as evacuation because of flooding, tornadoes, etc., you can be prepared. How to Pack an Emergency "Grab and Go" Bag. Gam Wine Tunnel. On one of the trips I took with WinK, we stopped at a beautiful wine cellar tunnel in Cheongdo. It tunnel was gorgeous.

Lined with empty wine bottles and featuring many brightly lit wine-related exhibits, it has a very unique feel. The wine cellar opened its doors in 2006, and its claim to fame is being the world's FIRST persimmon wine cellar. Located in the middle of a mountain, it is an impressive 1,000 meters long. It maintains a constant temperature of about 60* Fahrenheit (15* Celsius). Quirky & Captivating Regional Products: The Gam Wine Tunnel. Part of the charm of the wine tunnel (especially if you visit during the harvest season) is the sight of thousands of persimmons hanging from the trees in the yards and fields outside the tunnel and on the nearby hills. On days when the weather is good, practically everyone in the community (from teens to seniors) is out trimming the trees and plucking the succulent fruit from the branches. You’ll even get a chance to see the wide-brimmed “Ajumma hats” that seem to be almost everywhere in rural Korea.

The outside of the wine tunnel is decorated with huge plastic persimmons, but on the inside, it’s a whole different story. One step inside the tunnel brings you into a surreal world that’s half cave and half romantic café. Rockstar Violinist Eugene Park & Pianist Bob Geier Kill at the Village Underground in First Full Concert Together – New Video. March 1, 2010 Jerry T.