From smart to wise

The Start-Up of You. Look at the news these days from the most dynamic sector of the U.S. economy — Silicon Valley. 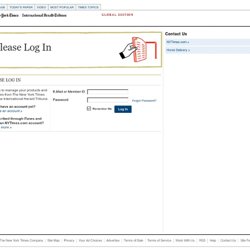 Facebook is now valued near $100 billion, Twitter at $8 billion, Groupon at $30 billion, Zynga at $20 billion and LinkedIn at $8 billion. These are the fastest-growing Internet/social networking companies in the world, and here’s what’s scary: You could easily fit all their employees together into the 20,000 seats in Madison Square Garden, and still have room for grandma. They just don’t employ a lot of people, relative to their valuations, and while they’re all hiring today, they are largely looking for talented engineers. Indeed, what is most striking when you talk to employers today is how many of them have used the pressure of the recession to become even more productive by deploying more automation technologies, software, outsourcing, robotics — anything they can use to make better products with reduced head count and health care and pension liabilities.

The Innovation to Drive Innovation. By Thom Markham After watching her deeply engaged students and teachers gather in celebration after an inspiring project showcase last fall, a proud elementary school Principal—the new head of a school that had underperformed for years—exclaimed to me: “Every teacher needs to learn how to do this!” 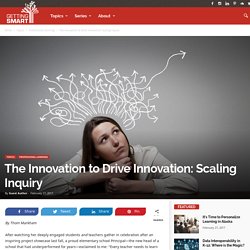 In another school, a 6th-grade science teacher related how multiple students voluntarily confided that this kind of learning had changed their lives. “These are middle schoolers telling me they now love school,” the teacher said, raising her eyebrows and smiling. By this, the Principal and the teacher both meant project-based learning (PBL), a term that stands on its own, but draws its success from a deep subset of practices including inquiry, personalization, design thinking, social-emotional growth and 21st Century skills instruction.

Unfortunately, we haven’t yet bottled the magic. Remembering Seymour Papert « LRB blog. As I was preparing to speak at Seymour Papert’s memorial last month, I turned to my 1980 copy of Mindstorms: Children, Computers and Powerful Ideas. 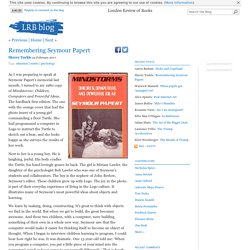 The hardback first edition. The one with the orange cover that had the photo insert of a young girl commanding a floor Turtle. She had programmed a computer in Logo to instruct the Turtle to sketch out a bear, and she looks happy as she surveys the results of her work. Next to her is a young boy. He is laughing, joyful. We learn by making, doing, constructing. Seymour called the identification of mind and object, mind and machine, the ‘ego-syntonic’ quality of programming. Teaching kids philosophy makes them smarter in math and English — Quartz.

“When fascism comes to America, it will be wrapped in the flag and carrying a cross,” goes the aphorism commonly attributed (perhaps mistakenly) to Sinclair Lewis. 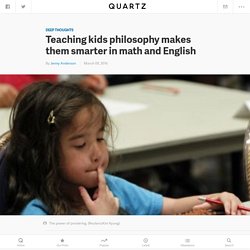 The election of soon-to-be president Donald Trump suggests the prediction may turn out to have been only half-true. 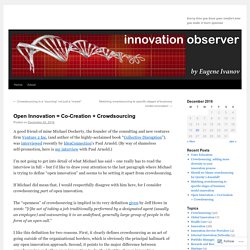 (and author of the highly-acclaimed book “Collective Disruption”), was interviewed recently by IdeaConnection’s Paul Arnold. (By way of shameless self-promotion, here is my interview with Paul Arnold.) I’m not going to get into detail of what Michael has said – one really has to read the interview in full – but I’d like to draw your attention to the last paragraph where Michael is trying to define “open innovation” and seems to be setting it apart from crowdsourcing.

If Michael did mean that, I would respectfully disagree with him here, for I consider crowdsourcing part of open innovation. The “openness” of crowdsourcing is implied in its very definition given by Jeff Howe in 2006: “[t]he act of taking a job traditionally performed by a designated agent (usually an employee) and outsourcing it to an undefined, generally large group of people in the form of an open call.”

Place based. The New Equation for Global Competencies = PBL + SEL. The themes of President Obama’s speech earlier this week were about our American democracy and the importance of our citizens. 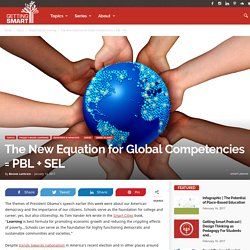 Schools serve as the foundation for college and career, yes, but also citizenship. As Tom Vander Ark wrote in the Smart Cities book, “Learning is best formula for promoting economic growth and reducing the crippling effects of poverty…Schools can serve as the foundation for highly functioning democratic and sustainable communities and societies.” Despite trends towards nationalism in America’s recent election and in other places around the world, we believe global competencies are needed now more than ever. Our American students are becoming more diverse. We have large-scale problems such as climate change that impact everyone, regardless of nationality. Brandon Wiley, a global edleader and Chief Program Officer at Buck Institute for Education (BIE), summed this up by writing, “The world will not be less global in 5, 10 or 15 years.