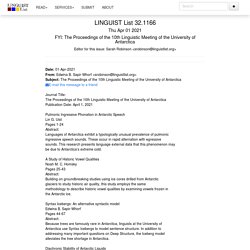 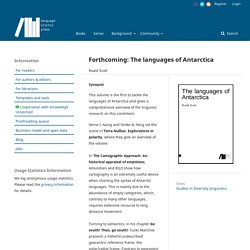 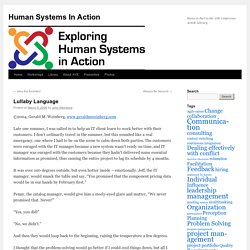 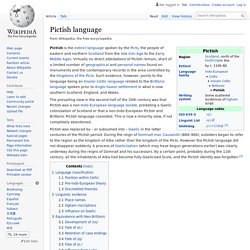 Virtually no direct attestations of Pictish remain, short of a limited number of geographical and personal names found on monuments and the contemporary records in the area controlled by the kingdoms of the Picts. Such evidence, however, points to the language being an Insular Celtic language related to the Brittonic language spoken prior to Anglo-Saxon settlement in what is now southern Scotland, England, and Wales. Joseph Jordania. We ask you, humbly: don't scroll away. 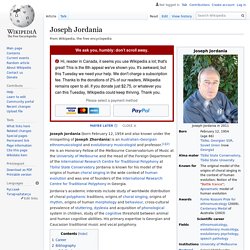 Hi, reader in Canada, it seems you use Wikipedia a lot; that's great! This is the 8th appeal we've shown you. Rebecca Gomez. 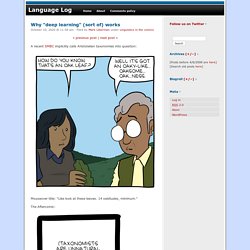 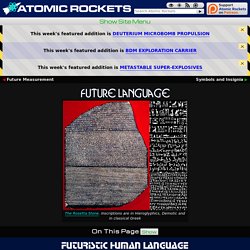 Buffington says that you have done research involving the deciphering of ancient writings. " He stopped and waited for a reply. Surprised, I answered: "Why yes, I did some digging in a pre-Etruscan site in Italy about fifteen years ago: doctoral research. " I shuddered at the memory of that enforced stay in that ridiculously deep gravity well. On the Existence of Powerful Natural Languages · Gwern.net. Designed for­mal nota­tions & dis­tinct vocab­u­lar­ies are often employed in STEM fields, and these spe­cial­ized lan­guages are cred­ited with greatly enhanc­ing research & com­mu­ni­ca­tion. 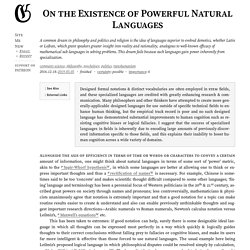 Many philoso­phers and other thinkers have attempted to cre­ate more gen­er­al­ly-ap­plic­a­ble designed lan­guages for use out­side of spe­cific tech­ni­cal fields to enhance human think­ing, but the empir­i­cal track record is poor and no such designed lan­guage has demon­strated sub­stan­tial improve­ments to human cog­ni­tion such as resist­ing cog­ni­tive biases or log­i­cal fal­lac­i­es. I sug­gest that the suc­cess of spe­cial­ized lan­guages in fields is inher­ently due to encod­ing large amounts of pre­vi­ous­ly-dis­cov­ered infor­ma­tion spe­cific to those fields, and this explains their inabil­ity to boost human cog­ni­tion across a wide vari­ety of domains. I would have to say that the answer appears to be no. This is a linguistics controversy. Now there are two of them. There are two ____.

Words. Introduction: You’re listening to Radiolab from WNYC and NPR. 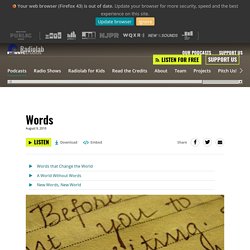 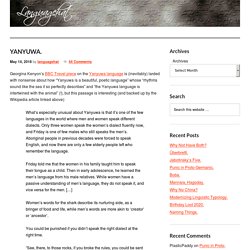 It sounds entirely American to me. The United States is perhaps the lowest-context culture that has ever existed, and I conjecture that such complex rituals are needed to overcome the barriers of misunderstanding and, yes, hostility. Yenish language. Components[edit] The Yenish vocabulary contains many words of Romani and Yiddish (and through this route, Hebrew) origin; it also has many unusual metaphors and metonomies that replace the standard German words. The relationship between Yenish and standard German is comparable to the relationship between Cockney or Polari and standard English. Some original Yeniche words have become parts of standard German.

Animal communication. Semantics. Historical. Syntax. Phonetics. How does language emerge? New study provides insights into the first steps. How did the almost 6000 languages of the world come into being? Researchers from the Leipzig Research Centre for Early Childhood Development at Leipzig University and the Max Planck Institute for Evolutionary Anthropology have tried to simulate the process of developing a new communication system in an experiment -- with surprising results: even preschool children can spontaneously develop communication systems that exhibit core properties of natural language. How the languages of the world emerged is largely a mystery.

Considering that it might have taken millennia, it is intriguing to see how deaf people can create novel sign languages spontaneously. Observations have shown that when deaf strangers are brought together in a community, they come up with their own sign language in a considerably short amount of time. The most famous example of this is Nicaraguan Sign Language, which emerged in the 1980s. Gadsby: Wikip dias Lost Lipogram.