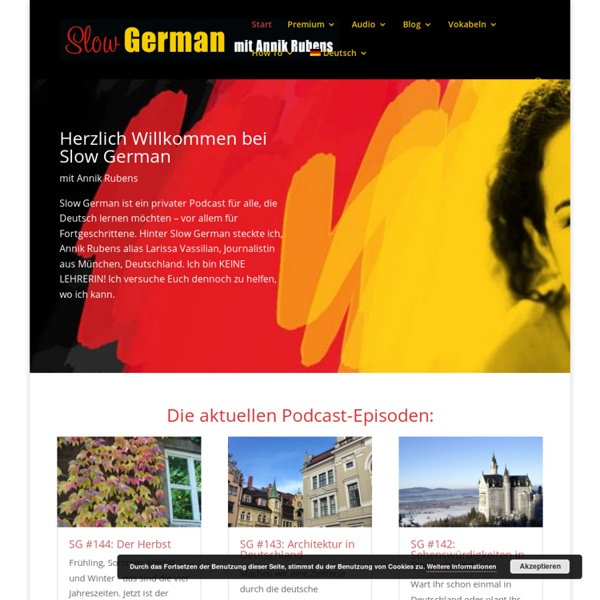 Fliegerlied lyrics FLIEGERLIED LYRICS: Still an Oktoberfest newbie, the Fliegerlied or So ein Schöner Tag (Today is Such a Beautiful Day) is already a classic. The reasons are twofold: firstly, it’s an Ohrwürm, the colourful German term meaning “ear worm”which denotes a tune that gets stuck in your head. Secondly: hand movements! You see you can’t just learn the words to the Fliegerlied, you’ve gotta learn to pretend to swim, flex your biceps and jump along with the tune. It's all very, very silly and heaps of fun. Bavarian band Donikkl released the song in 2008 and a cover by singer Tim Toupet hit German top 10 the year after. Free Language Tutorials: Basic Phrases, Vocabulary, Grammar, and Pronunciation in 20 Languages Currently, twenty languages are available: 17 Indo-European and 3 non-Indo-European. There are also Foreign Service Institute (FSI) courses available in HTML format as well as two comparative tutorials for those who want to learn two languages simultaneously. Lists of vocabulary and verb conjugations are available for some Romance and Germanic languages, as well as other helpful ideas, resources and links for learning foreign languages.

Cockpit Start with first or step to next question and show result Accessing this link from within your presentation will activate the first (if poll is stopped) or next (if poll is already running) question and display the corresponding results page. If the poll is paused, it will resume with the next question when this link is accessed. Pause or resume poll and show result Acsessing this link will pause or resume the poll on the current question, depending on the current state: the poll is paused if it is running and resumed if it is paused.

German Words and Phrases 1. Basic Phrases Ich is not actually pronounced ikh, unless you are speaking a northern dialect of German. 5 Ways to Use Live Online Polls in the Classroom – Whooo's Reading Blog By Rebecca Kerr It’s fun to work with the eager, outgoing students. Holding the attention of bored or disinterested students is a bigger challenge. German expressions around the Kartoffel - Deutsch HappenDeutsch Happen In two previous articles on Deutsch Happen I explained how, after some initial hesitance and lack of understanding, the potato made a triumphal arrival in Germany and is today one of the staple foods of Germans and integral part of their cuisine. Therefore, it is somewhat logical that there are also expressions and sayings in the German language that include the word Kartoffel. For example, someone with a big, round nose is sometimes called Kartoffelnase (f), or sometimes the nose is referred to as Knolle (f) or Knollennase (f), similar to conk in British English.

Poll Everywhere Poll Everywhere is a dynamic online polling platform that allows students to vote on custom teacher-generated polls through text messaging (SMS), smartphone, or computer by visiting this website. With a free educator account with Poll Everywhere, polls can receive up to 40 votes, enough to accommodate most classrooms. There are two types of poll questions that can be used in the classroom: multiple choice or open text. German Online Interactive This website is for people who want to learn German online; for teachers who want materials and webexercises to supplement their teaching curriculum; for speakers of German to find resources for news, humor, travel, and business events; and for anyone interested in the use of the Internet to learn and maintain German as a foreign language. To support this website, and to keep all the resources free, please consider purchasing your books and other media through the following pages: Books | Audio CDs and Cassettes | DVDs and Video tapes | Software | Games | Magnets

Turning smartphones into an exceptional learning tool There is a popular saying that whoever you be in the next few years depends on the number of things you know. However, the real question is how do you acquire that knowledge? Happily, Wooclap is the best learning facilitator, as they can bridge the gap between student and teacher relationship. Top 100 German verbs - The German Professor This verb list comes from Randall Jones & Erwin Tschirner’s A Frequency Dictionary of German. Core Vocabulary for Learners, which lists the 4034 (!) most commonly used words in German. We’ll be doing lots of fun things with this list with posts in the coming weeks. See also: Lessons from the Top German verbs list & Top 500 German words