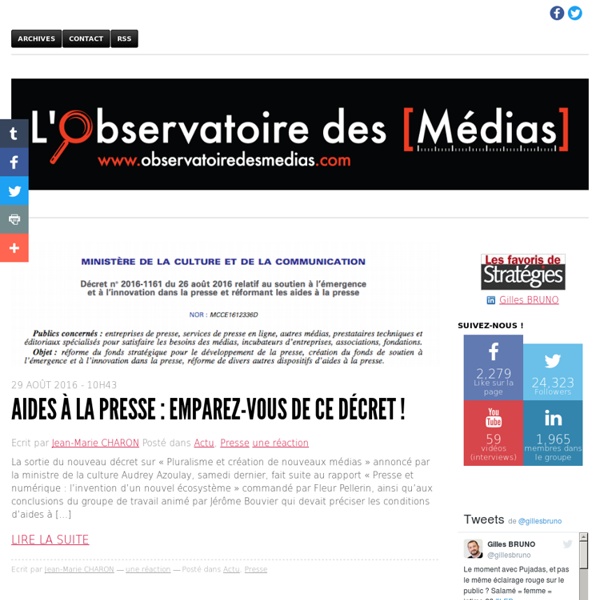 How Rupert Murdoch Is Influencing Australia’s Bushfire Debate michael barbaro From The New York Times, I’m Michael Barbaro. This is “The Daily.” Today: The prime minister of Australia is calling for a high-level investigation into how the country’s government has responded to the devastating wildfires there. My colleague Livia Albeck-Ripka on the events that led up to this moment.

Paint It Black—Revolt, Revolution, and Cutting-Edge Art, by Mark Peplow Suddenly, black was everywhere. It caked the flesh of miners and ironworkers; it streaked the walls and windows of industrial towns; it thickened the smoky air above. Proprietors donned black clothing to indicate their status and respectability. The manipulation of the American mind: Edward Bernays and the birth of public relations “The most interesting man in the world.” “Reach out and touch someone.” “Finger-lickin’ good.” Such advertising slogans have become fixtures of American culture, and each year millions now tune into the Super Bowl as much for the ads as for the football. While no single person can claim exclusive credit for the ascendancy of advertising in American life, no one deserves credit more than a man most of us have never heard of: Edward Bernays. I first encountered Bernays through an article I was writing on propaganda, and it quickly became clear that he was one of the 20th century’s foremost salesmen of ideas.

‘I made Steve Bannon’s psychological warfare tool’: meet the data war whistleblower The first time I met Christopher Wylie, he didn’t yet have pink hair. That comes later. As does his mission to rewind time. To put the genie back in the bottle. By the time I met him in person, I’d already been talking to him on a daily basis for hours at a time. On the phone, he was clever, funny, bitchy, profound, intellectually ravenous, compelling.