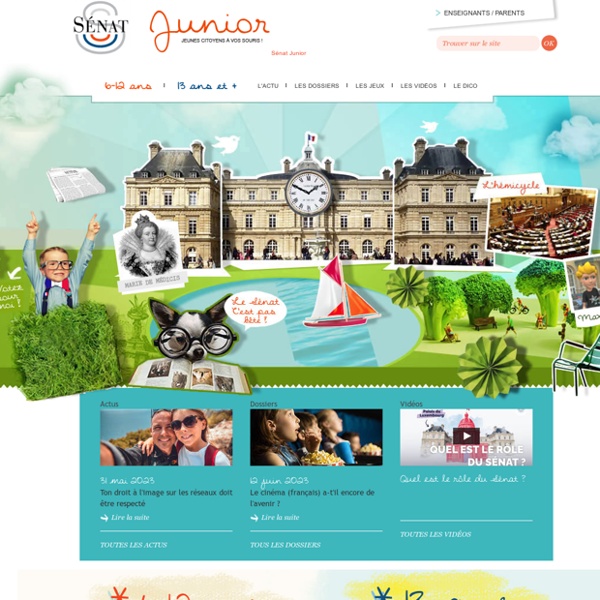 5 of My Favorite English Games for ESL Students I saved the best for last. My students requested this game more often than any other game we ever played. It's based on the old drinking game "Ring of Fire," modified for the classroom. Materials needed:A standard deck of playing cards, a whiteboard, 20-30 small slips of blank paper, and a bowl. Walled world: How walls are springing up to divide populations everywhere Justin McCurry The demilitarised zone, or DMZ, stretches for 155 miles from east to west and is lined on its northern and southern perimeters with fences topped with barbed wire to prevent invasions and defections. It first went up in 1953 after the armistice agreement detailed the exact distance both sides were required to withdraw from the frontline.

Microhistoire et histoire sociale - Casa de Velázquez Presentation Microstoria first appeared at the turn of the 1970s and 1980s, from within a small group of Italian historians, in reaction to a social history that was marked by structuralist and functionalist models. It can be defined, not as a historiographical ‘school’ that promotes a unified method, but rather as an experimental research practice, characterised by varied approaches that all have the micro-level as a common point of interest. This history ‘at ground-level’ (J. Online Spinner Mondj nehany mondatot a nyaradrol! Click the wheel below to spin: You can customize your own spinner with your own labels using the tools below the spinner. You can save your spinner for later use by either copying the address from the browser or by using the sharing buttons embedded on this page. Spinner Home Customize This Spinner:

Free online voice recorder - SpeakPipe Allow access to your microphone Click "Allow" in the Firefox permission dialog. It usually appears in the left upper side of the window. We respect your privacy. Click "Allow" in the Chrome permission dialog. It usually appears under the address bar in the upper left side of the window. Cape of Good Hope, South Africa. The Most South-Western Point of The African Continent The discovery of Cape of Good Hope — a geographic location with one of the most romantic names in the world — is due to Portuguese navigator Bartolomeu Dias. At the end of the 15th century Portugal was literally obsessed with discovering the seaway to India sending one expedition after another. In 1487 this task was entrusted to Dias.

Embed a recorder on your site Embed an audio recorder (browser mic) on your website or blog. Invite your visitors to leave audio comments, testimonials, opinions, language lessons, or stories. Evoca offers plug-ins for blogs or websites powered by WordPress, Drupal, Blogger and Type Pad, as well as generic code that can be added to any website. The Drakensberg - Dragon Mountains, South Africa Packing for my first trip to the Republic of South Africa, I didn't bother to research all of its sights beforehand. I thought it would be enough to focus on the most famous ones, such as Kruger National Park, Cape Town, Table Mountain, the Cape of Good Hope, and, of course, Victoria Falls easily accessible by plane, even though it's located outside the Republic of South Africa on the border of Zambia and Zimbabwe. But, as it usually happens during trips, some things become clear only on the spot. Back in Cape Town airport I noticed huge posters with amazing mountain views entitled "The Drakensberg". I automatically switched to my "adventure photographer" mode and started searching Google for the name right away. 15 minutes later I knew that my anticipated week-long vacation on Durban beaches at the end of the trip would be cut short, because only 300 kilometers away from the ocean there was the Drakensberg National Park. They also offered helicopter tours there!

Speaking and writing The Language Teacher Toolkit by Steve Smith and Gianfranco Conti is now available from Amazon. 50 speaking activities for the MFL classroom 1. Whole group repetition or phonics activity (including whispering, shouting, singing) 2. Part group repetition (small groups, rows, pairs) 3. Virtual Tour of Cape Town, South Africa Cape Town is one of the most popular cities on the African continent. It is located in the southwestern part of the continent, on the shore of the Atlantic ocean, near the Cape of Good Hope. The history of Cape Town is also that of the entire country: the history of the Republic of South Africa begins in year 1652, when a Dutch seafarer Jan van Riebeeck founded the city of Cape Town. However, this date is just a mere formality for the city itself: the first settlements in this area date back to over 12 000 years!