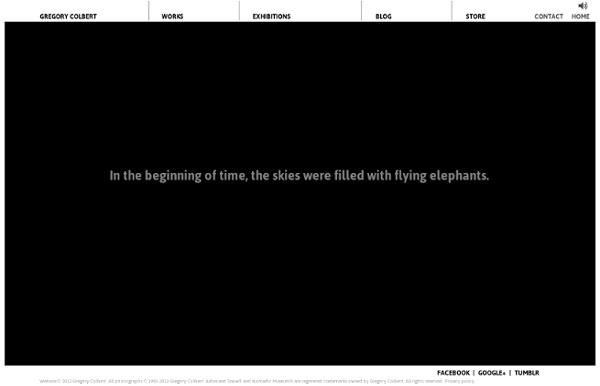 Heartbreakingly Beautiful Portraits of Shelter Dogs I came across Traer Scott's portraits of dogs living in American shelters and was immediately taken aback by the mix of emotions I felt. Look at these dogs' faces and you'll see what I mean. The Providence, Rhode Island-based photographer shoots up-close black and white portraits of shelter dogs, some of which found good homes while others were eventually euthanized. "Photographer Traer Scott's endearing portraits of dogs living in American shelters are irresistible and heart-rending - and make a passionate appeal to dog lovers everywhere. Nikon Professional Services Digital and film photography can be radically different from one another, and not just from an operational standpoint. Each medium instills a different feeling when shooting, and both require a different approach to subject matter. It is true that recent D-SLRs can improve your chances of capturing the right moment dramatically. Moreover, the post-production process with digital allows for more freedom than with film, and you can shoot more frames with less consideration about how much film is left or when might be the right moment to use your last frame.

Holden Luntz Gallery Gilbert Garcin’s meditative images are striking in their symbolic power and their skillful blend of humor and gravity. Through Garcin’s poetic and philosophical scenes, he enables us to become better observers of our human condition; he speaks of all people while he tells of himself. By considering the hidden side of life and raising questions concerning aspects of life, such as the transience nature of our existence or the tenacity one needs to keep going, Garcin uses himself as a model of the everyman to present a resource for meditation on life’s little absurdities and the significance of the human condition. These profound and masterful compositions are from a Marseilles lamp factory owner who first delved into the photographic arts at the age of 65.

The Surreal, Infrared Photography of David Keochkerian These infrared photographs taken by France-based photographer David Keochkerian look like bizarre, saturated landscapes created from a Dr. Seuss illustration. Seasons seem reversed, with white trees appearing in spring, and bushes are transformed into something that looks like fragile blades of bubble gum.

Nikon Professional Services My name is Jim Brandenburg and I am an American nature photographer. Most of my career has been with National Geographic Magazine and in television. Today I am on the west coast of France testing the Nikon D800, a very exciting new product. I am honored to be able to be one of the first to use this camera. When I was young, I was very shy, I didn't speak much, so I developed a visual language early on to express myself.

The extraordinary story of Erwin Blumenfeld The pioneering fashion photographer Erwin Blumenfeld pushed the boundaries in his art and in his life. Tamsin Blanchard recounts his extraordinary story. BY Tamsin Blanchard | 18 May 2013 Lisa Fonssagrives on the Eiffel Tower, 1939, Paris, by Erwin Blumenfeld. Photo: Blumenfeld Studio Erwin Blumenfeld's acerbic autobiography Eye to I , first published in French in 1975, begins with his conception - around midnight on May 5 1896 after his parents had spent a night listening to Wagner at Berlin's Royal Opera House - and ends with an imaginary description of his own death. Burning Man 2013 September 2013 : Sunday Sep 2013 : Sunday Burning Man 2013 Full Burning Man Album You can visit the Full Burning Man album here on SmugMug. (BTW, isn’t the new SmugMug so cool? Check out my updated SmugMug Review right here for more.)

These Examples Of Victorian Post-Mortem Photography Are Unsettling. The Victorian Era was a pretty morbid time in human history. One of the most unsettling traditions of the era was the practice of post-mortem photography (that is, photographing the dead). By today's standards, this is would be pretty taboo, but at the time it was seen as quite normal. That doesn't mean that seeing those pictures now makes them any less creepy, in fact it probably makes them even more creepy.

Breathtakingly Enchanted Landscapes Radiate with Color My Modern Metropolis Breathtakingly Enchanted Landscapes Radiate with Color Chinese-American painter Ken Hong Leung, often referred to simply as H. Leung, creates beautiful landscapes illuminated by rainbow-hued washes of light. The touch of colorful vibrance add a hint of magic to each environment. There is an engagingly unearthly quality to his natural landscapes that draws the viewer's gaze and guides the eye all across the frame.