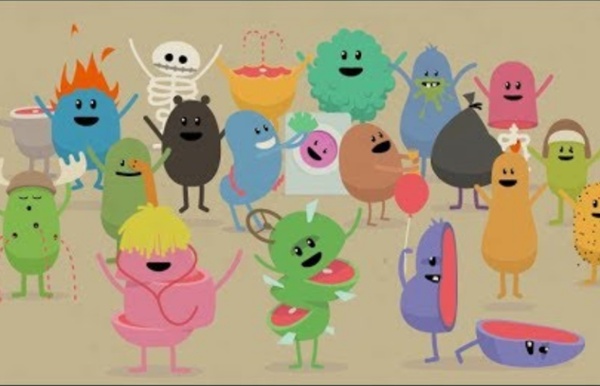 Zen and the Art of Insight Generation It’s not even really up for debate. “Insight” is one of the things we value most in the world of creative problem solving. Despite its value, we tend to throw the term around pretty loosely in creative strategy circles. We talk about insight as though we agree on what the word actually means. And we tend to talk about insights as things that will emerge, predictably, out of research. “We do the research and that’s where insights come from.

Flame Text This effect gives text that appears to be made out of flame. To dothis technique, you will first need to download the texture called realfire.jpg. The texture is actually 480 x 480 pixels. A reduced version is shown below.To get the real file, click on the fire texture and download it from thenew window that pops up. Open a new file, 250 pixels wide by 150 high, 16 million colors,with a white background. Ukrainian sand artist proves that reality TV's got talent Ukraine's Got Talent? This much we already knew. There's Mikhail Bulgakov, Olga Kurylenko and the Klitschko brothers. Probing the surface of pyrite Pyrite — perhaps better known as “fool’s gold” for its yellowish metallic appearance — is a common, naturally occurring mineral. It holds promise as a high-tech material, with potential uses in solar cells, spintronic devices and catalysts, but is also a byproduct of corrosion of steel in deep-sea oil and gas wells. Both its potential usefulness in devices and its role in corrosion are largely influenced by the fundamental electronic properties of its surface — which have remained relatively unexplored. But a team of MIT researchers has now found a way to probe these elusive surface properties for the first time. Their findings are reported in the journal Surface Science, in a paper by professors Bilge Yildiz and Krystyn Van Vliet and graduate students F. William Herbert and Aravind Krishnamoorthy.

Pandora battery guide to downgrade PSP to version 1.5 Many people choose to upgrade their PSP firmware to version 3.51, and with that version, there is no restrictions as to what games and applications you can run on your PSP. But in order to upgrade firmware, you have to downgrade to version 1.5 first.After that,you will need to mod your PSP battery,into the so-called pandora battery, otherwise it is not possible to upgrade your PSP firmware. Tools needed: original PSP battery with at least 50% of power, a Memory Stick Pro Duo with 1GB memory or above. I. Preparing to downgrade-Wipe and Format PSP Memory Stick Dita Von Teese to give keynote at DITA North America 2014 Conference Note: This was an April Fool’s Day post. Dita Von Teese will be giving the keynote to DITA North America, The Center for Information-Development Management (CIDM) recently announced. DITA experts and other attendees are thrilled as they look forward to her keynote. “I kind of always wanted to see her at the conference,” said Don Day, father of DITA.

17 Web Toys for Your Procrastination Pleasure Sometimes you need to take a break from work and just veg out by doing something mindless and pleasant. TV or a game of solitaire is good for that, but both require a set time commitment. There are hundreds of alternatives on the internet in the form of web toys. These are sites that offer strange visuals, often interactive visuals, that require no real mental effort but might bring a smile to your face for a while. Samuel L. Jackson narrates "Go the Fuck to Sleep" Author Adam Mansbach, after repeated struggles to get his two-year-old daughter to fall asleep, once sent out a jokey Facebook post reading: "Look out for my forthcoming children's book, 'Go the Fuck to Sleep.'" The one-liner amused many of his Facebook friends, and the next thing you know, Mansbach had assembled some verses, and bootleg PDF copies of the profanity-laced opus were suddenly going viral. The thirty-two-page Go the Fuck to Sleep was picked up by a small Brooklyn publishing house, and even reached number one on Amazon's bestseller list ahead of memoirs by Tina Fey and Steven Tyler, well before its official publication date, which was yesterday.

Veganz, the German vegan supermarket is opening in London@TheAllAnimalVegan Dear Vegans… try to imagine a grocery shopping trip where you don’t have to tiresomely check the ingredients of every item you pick up. You know the drill – you look for the Vegan symbol, most of the time it’s not there, so then you check the entire list of ingredients. Even after this you feel unsure if it is definitely vegan — have they listed all the ingredients? Have they made a mistake? If it is vegan-friendly, why don’t they label it?

Business / Companies : The Genius of Google One of the advantages of being a behemoth like Google is that every business decision one takes can be easily shrugged off as brand-building and marketing without being scrutinized for further motives. Take for example its latest free mobile application—‘Ingress’. Packaged as an alternate reality game, players are required to go outside into the real world to accomplish tasks. ‘Ingress’, however, is merely the latest step in a series that helped Google build its empire. As far-fetched as it may sound, the game is being used to take on Nokia’s recently announced turn-by-turn navigation for pedestrians. The game’s storyline and rules are plucked straight from the realm of science fiction, where players collect virtual energy at different locations with their smartphones and then spend that at other places ( known as portals) to unlock various missions.

When May I Shoot a Student? BOISE, Idaho — TO the chief counsel of the Idaho State Legislature: In light of the bill permitting guns on our state’s college and university campuses, which is likely to be approved by the state House of Representatives in the coming days, I have a matter of practical concern that I hope you can help with: When may I shoot a student? I am a biology professor, not a lawyer, and I had never considered bringing a gun to work until now.