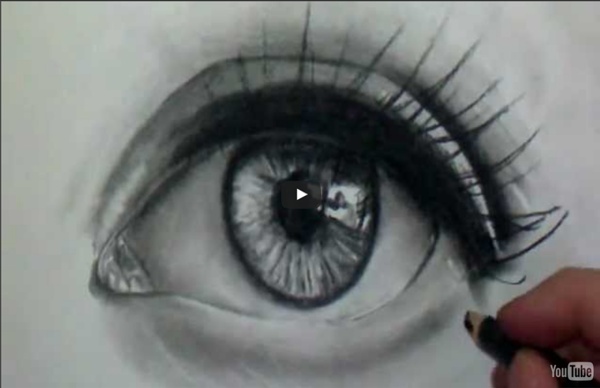 How to Draw the Head in 3/4 or Side View A common approach to drawing the head from 3/4 or side view is to use a 2 step construction approach. The first step is to draw a ball for the cranium, followed by drawing the frontal plane and jaw. Below is an example by Andrew Loomis (Fig. 1). This tutorial will introduce a more fluid and gestural approach to drawing the head. The focus is on the major gestures, or “thrusts” as Steve Huston refers to them, and their relationships to one another. Becoming Moses wo buses will be leaving for the Imphal airport Sunday morning, one at 5:30, the other at 8:00. Because of Shabbat, most of the families have packed their two bags, weighed them, and locked them in a wooden shed on the temple grounds. After havdalah, the candle-lighting ceremony marking the end of the day of rest, Freund and a few companions take a walk around the block in the fading mauve light.

Self Portrail Stencil I am soooo excited about this one. Please do try it, especially you journal artists. It is a lot more fun than you'd think to manipulate images of yourself. Although I make stencils a lot, it had never occurred to me to do a self-portrait until I read Randi Feuerhelm-Watts' brilliant book, Wide Open. If you don't have her book, go get it today. So many inspiring ideas! Jewish Law - Articles ("Jewish Business Ethics: An Introductory Perspective") Jewish Business Ethics: An Introductory Perspective (Part I) Rabbi Yitzchok Breitowitz NOTE: Because the talk covered many areas of business ethics, this article will confine itself to introductory perspectives. Specific areas will be covered in future editions.

How to Draw Hair, Part 1 Looking back at my tutorials on drawing the head, I realized that I covered individual features, but completely left out hair. This tutorial will is split into 3 parts: The Basics, Types of Hair, and a Step by Step drawing. I’ll start this first part of the series with common mistakes that I see all the time. Common Mistakes when Drawing Hair Forgetting about the volumes Mole Dancer: Gender Inequality in Marriage in the Talmud Literary critic Adam Kirsch is reading a page of Talmud a day, along with Jews around the world. Last week, Daf Yomi readers finished Chapter 7 of Tractate Ketubot, which deals primarily with the grounds for divorce in Jewish law. Throughout, the rabbis emphasize that a marriage should be built on consideration: For instance, a husband should not use his financial authority to deprive his wife of what she enjoys, whether it is something as important as sex or as trivial as her favorite food. But what if the objectionable thing about a spouse is not his or her behavior, but his or her appearance? What if one has a physical blemish or deformity that the other finds repulsive? Ideally, we might think that love should conquer such external obstacles.

Human Figure Drawing Proportions START WITH A (3 x 4) OVAL. Divide this head like this:The top of the skull.The pupils are in the middle of the head, top to bottom.The bottom of the nose is about 1.5 eye widths from the eye line.1 eye width below the nose is between the lips.1/3 below between the lips and the chin is the chin crease.I started with an oval that fit on my skull's front view. My horizontal center line of the skull dividing the top to bottom is between the pupils. Daf Yomi: Sex With Minors, Rape, and ‘Uncovering the Nakedness’ of Sisters Literary critic Adam Kirsch is reading a page of Talmud a day, along with Jews around the world. Glory is not usually considered an important Jewish value. The ancient Greeks and Romans built whole cultures around the pursuit of individual glory and eternal fame, and much of the Western ethos of competitive individualism can be traced back to those classical sources. The biblical kings of Israel, too, were no strangers to the desire for glory: David strove to kill more Philistines than Saul, an achievement the people celebrated in the song, “Saul has killed his thousands, but David his tens of thousands.” The Temple that Solomon built was in honor of God, but also in honor of Solomon himself, a demonstration of his wealth and power. In rabbinic Judaism, on the other hand, such considerations are virtually absent.

How to Draw Eyes For a video version of this tutorial visit www.proko.com/how-to-draw-eyes-structure This tutorial is a continuation of How to Draw the Head from Any Angle. I will go over the structure of the eye and detailed information on drawing the brow ridge, eyeball, eyelids, eyelashes, iris, cornea, and pupil. The Basic Forms What Natalie Zemon Davis Owes to Marriage (and Martin Guerre) The story of historian Natalie Zemon Davis, as she tells it, is largely one about the benefits that have accrued to an outsider. Sidelined during the early years of her career, her husband, the mathematician Chandler Davis, was arrested for creating and distributing Communist literature. In fact, in 1952, as a graduate student, Davis herself had done much of the research and writing for a pamphlet attacking the unconstitutional actions of the House Committee on Un-American Activities, which was published anonymously by the University of Michigan Council for the Arts, Sciences, and Professions. As Davis later reflected, “the sexism of the House Committee members worked to my advantage in this instance: like legal authorities in early modern Europe, they assumed that if a married couple did something together, only the husband was really responsible.”

Eyes and Freckles The color pencil drawings of Amy Robins. Artwork © Amy Robins Link via Life is a Danceable Tragedy How to Draw the Head From Any Angle The Basic Forms To draw the head from any angle you must first understand its basic structure. Look past all the distracting details and visualize the underlying forms. This ability to simplify can be applied to the features of the face, but when starting the drawing you could look even further.

How to Draw Lips For a video version of this tutorial visit www.proko.com/how-to-draw-lips-anatomy-and-structure This tutorial is a continuation of How to Draw the Head from Any Angle. I will cover the basic forms of the mouth, some anatomical information, and the key information about the minor planes.