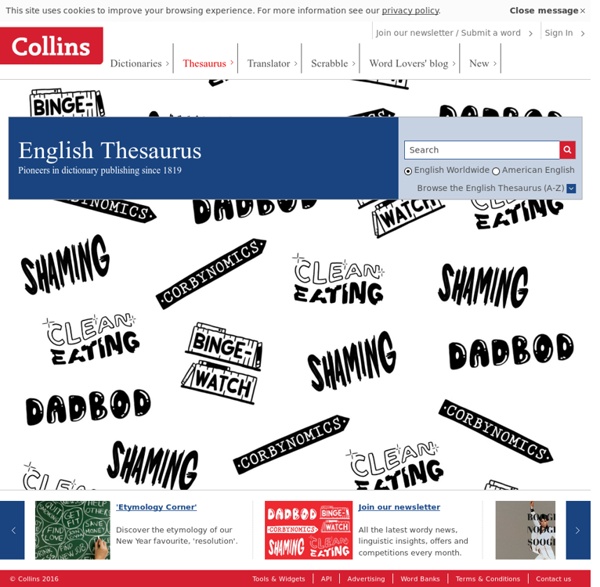 How to Optimize your YouTube Video Embeds In today’s Customer Spotlight we are excited to introduce you to Matt Ballek over at VIDISEO. Aside from having a killer X-powered site, Matt is an incredible educator on two very popular topics – Video and SEO. In a Themeco Spotlight first, Matt put together a great video tutorial on optimizing your YouTube embeds plus he’s giving away three of his most used Cornerstone blocks for free! The Golden Rules for a Good Plot Writing a novel can be a daunting task. Here are some helpful tips to ensure you write WRITING TOOLS Character Pyramid Tool (PDF) Visualize your character’s FLAWS & associated behaviors (for a deeper understanding of this tool, please reference The Negative Trait Thesaurus: A Writer’s Guide to Character Flaws) Character Target Tool (PDF)

book2 Audio Trainer - Learn 50 Languages Online for Free Free language lessons in over 50 languages book2 contains 100 lessons that provide beginners with a basic vocabulary. With no prior knowledge, you will learn to fluently speak short sentences in real-world situations in no time. The book2 method successfully combines audio and text for effective language learning.

How To Structure A Story: The 8 Point Arc By Ali Hale - 3 minute read One of my favourite “how to write” books is Nigel Watts’ Writing A Novel and Getting Published. My battered, torn and heavily-pencil-marked copy is a testament to how useful I’ve found it over the years. Predynastic and Old Kingdom Palette of King Narmer, from Hierakonpolis, Egypt, Predynastic, c. 3000-2920 B.C.E., slate, 2' 1" high (Egyptian Museum, Cairo) Vitally important, but difficult to interpret Some artifacts are of such vital importance to our understanding of ancient cultures that they are truly unique and utterly irreplaceable. The gold mask of Tutankhamun was allowed to leave Egypt for display overseas; the Narmer Palette, on the other hand, is so valuable that it has never been permitted to leave the country. Discovered among a group of sacred implements ritually buried in a deposit within an early temple of the falcon god Horus at the site of Hierakonpolis (the capital of Egypt during the pre-dynastic period), this large ceremonial object is one of the most important artifacts from the dawn of Egyptian civilization.

Using A Sphero BB-8 Droid In The Classroom Use a Sphero BB-8 Droid with your children by exploring our collection of cross-curricular teaching ideas and classroom activities! If you have any suggestions of your own, please let us know in the comments at the bottom of the page. English