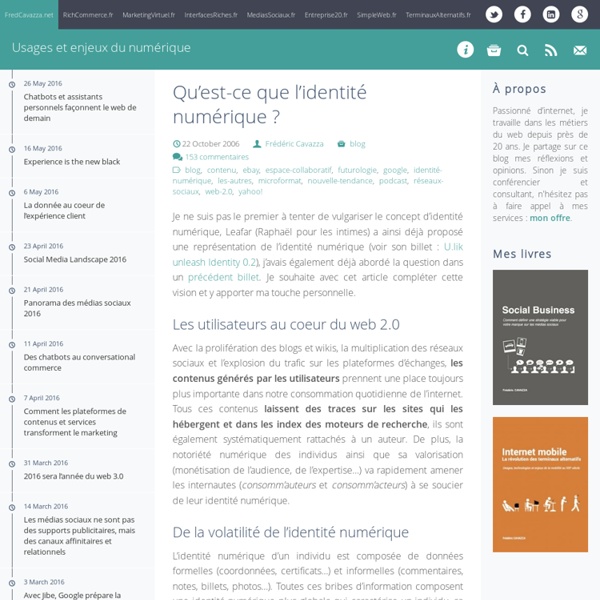 Google Knowledge Graph Could Change Search Forever Google has a confession to make: It does not understand you. If you ask it “the 10 deepest lakes in the U.S,” it will give you a very good result based on the keywords in the phrase and sites with significant authority on those words and even word groupings, but Google Fellow and SVP Amit Singhal says Google doesn’t understand the question. “We cross our fingers and hope someone on the web has written about these things or topics.” Web Promoters - What Qualities Make Up The Effective Ones? Being a web promoter is not just bookmarking pages on StumbleUpon/Digg and tweeting links in Twitter. In fact, if that is the extent of your web promotions, it’s no surprise why you’re not seeing results. Web promotions requires a skill set beyond merely using tools. It involves networking equally as much as having an eye for good content. It involves knowing how to work with content producers to help them create material that will be promotable (promotions should not be put in a silo). It involves having your finger on the pulse of the social web at the micro and macro level.

Lost Experience ABC Entertainment's senior vice president of marketing, Mike Benson, described the game as a hybrid between content and marketing. This type of marketing was previously used by ABC for Lost's premiere in 2004. ABC created a website for the fictional Oceanic Airlines, the airline of the plane that crashed in the show's pilot episode.[6] Premise[edit] The game is divided into five phases.[2] First Phase[edit] The Attention Economy: An Overview Written by Alex Iskold and edited by Richard MacManus It is no secret that we live in an information overload age. The explosion of new types of information online is a double-edged sword. We both enjoy and drown in news, blogs, podcasts, photos, videos and cool MySpace pages. And the problem is only going to get worse, as more and more people discover the new web. Consider the two charts below, illustrating the growth of the Blogosphere at large and also in number of posts published by tech news blog TechCrunch:

Why Persistence Rules There is one commonality among every successful web publisher or influential web personality: persistence. It’s so simple, yet so effective. In networks, we find self-reinforcing virtuous circles. Each additional member increases the network’s value, which in turn attracts more members, initiating a spiral of benefits. Social Media Landscape Did you notice that the « Web 2.0 » term was outdated? One can say that after months (years?) of overselling the « 2.0” » stuff, it begins to fade. Now, modern marketers talks about « Social Media« . Because with always newer services, always more sophisticated concepts, copycat, mashups of mashups… it really begins to be confusing. This is why it was important to divide this big « ratatouille 2.0 » into smaller meta-concepts to ease the understanding (Enterprise 2.0, Social Shopping, Social Medias…).

The attention economy explained by David Gauntlett Basic Web Economics:How things work in the 'attention economy' This page explains how people make money from giving away information free over the Web, and how the internet has (arguably) brought about a whole new economy -- the 'attention economy' -- where traditional wealth becomes less important than the ability to capture people's attention. But let's start at the beginning... I hear that the people who invented the web directory Yahoo!

The Rise of the Web Introvert – GigaOM Over the past several years, the web has been kind to extroverts. Social networks have offered a new platform for people to broadcast their thoughts, connect with each other and expand their contacts in the online realm. The social web has even ushered in a new kind of extroversion, in which people who might be shy or uneasy in traditional social settings can express themselves online. Much less noticeable is another trend: the rise of the web introvert. But while some web introverts might be introverted in the classic sense — that is, uncomfortable in social settings — many of them aren’t shy at all. The Da Vinci Code WebQuests Original Official Promotional WebQuests[edit] The original Da Vinci Code web quest challenges were first made available via the website of the book's author, Dan Brown, as part of a promotional campaign, and both remain hosted on the publisher's website (RandomHouse.com). In January 2004, it was announced on the live television program Good Morning America that hundreds of thousands of people had participated in the original challenge, and that 40,000 people had successfully completed it. Though the official "prize" was given out at that time, the web versions of the quests were never closed, and have remained active ever since. The original version [1] involved deciphering a series of cryptic clues at the publisher's website.