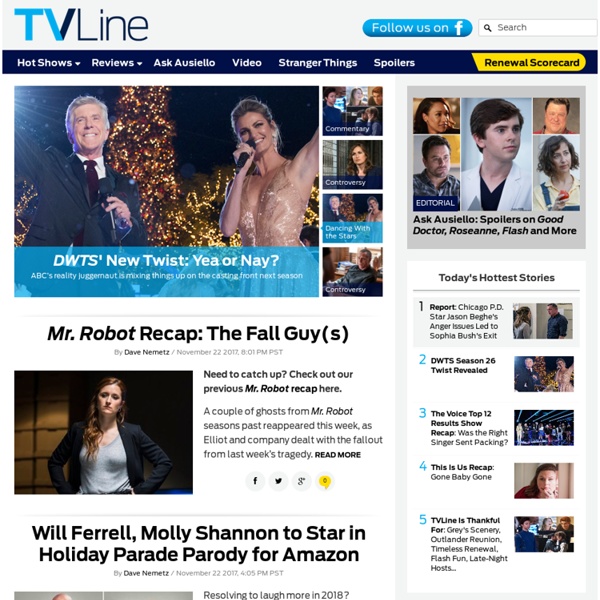 'Castle' season 7 spoilers: New killer to appear next season The seventh season of "Castle" is reported to have a new killer next season. The new executive producer, David Amman, revealed to TV Line that the production crew will prepare a fun episode, which is one of the first four episodes. The show runner added that they have to "deal with what seems to be an invisible killer -- and the characters take a lot of pleasure in that." According to reports, Rick Castle is doing very well after the car crash shown in the final episode of season 6.

Former Child TV Stars Band Together Against Kirk Cameron - I'm A CCOKC (Video) You Are Here: Home » Featured, GayGeek - All Things Gay and Geeky » Former Child TV Stars Band Together Against Kirk Cameron – I’m A CCOKC (Video) Former child stars from the 80′s have banded together and are standing up against Kirk Cameron and his anti-gay “christian” rantings by forming CCOKC (Child Celebrities Opposing Kirk Cameron). And guess what? Wil Wheaton is a CCOKC too! About the author 'Castle' Season 7 spoilers: Nathan Fillion to return for new season "Castle" fans will be glad to know that lead star Nathan Fillion is returning for season 7. This pretty much means that Rick Castle is not dead, which begs the question, what happened to him and where is he? The season 6 finale ended in flames. It was Castle and Beckett's wedding, one which "Castle" fans have been waiting for in a long time.

Castle Season 7 Spoilers: Castle's New Secrets Likely to Impact Caskett's Relationship, Fun Episode, Who Caused Accident of Castle's Car It is almost confirmed that Rick Castle is not dead. However, this does not put a stop on the questions about who caused his car's accident and who was driving the black SUV that was following Castle's car in Season 6 finale of "Castle." There are speculations that Bracken managed to get out of the prison and tried to hit where it hurts Beckett the most. Castle Season 7: Nathan Fillion Answers Question about Castle and Beckett Wedding [VIDEO] Castle and Beckett's wedding was one of the most anticipated weddings in the T.V series world. The writers of "Castle" raised the expectations of Caskett fans and then gave them a heartbreaking moment in Season 6 finale, and not the moment to savour. Castle and Beckett did not get married in the final episode, after it seemed that Beckett and Castle have overcome all the obstacles.

Castle Season 7 to Focus on Rick, Tighten the Caskett Bond Take a deep breath and relax, Castle Fanatics. Yes, Castle Season 6 ended without your favorite couple getting married, due to a very poorly timed car accident involving a certain beloved authors. But new showrunner David Amann tells TV Line that Castle and Beckett will be doing just fine when we see them again. "They are deeply in love and they have overcome a great many challenges already,” Amann says.“So whatever [has happened] is not going to tear them apart. If anything, it will make them stronger." Castle Season 7 Spoilers: Stana Katic says ‘Back in the Saddle’, Beckett, Castle Romance to Grow Stronger The production has started for Season 7 of "Castle." The cast and crew have finished a week worth of filming the new season. The premiere episode consists of two episodes and will begin from where it left off in Season 6. There is no time jump.

'Castle' Season 7 spoilers: Rick to survive car crash, Alexis sparks new love interest?, Ecumenical News Fillion at the Guardians of the Galaxy premiere in July, 2014.Credit: FLICKR / Mingle MediaTV / Nathan Fillon is set to return for his lead role as Rick Castle in the upcoming 'Castle' Season 7, meaning that his character did survive the fiery car accident seen at the end of Season 6. At the end of Season 6, Castle and Beckett are set to be married after overcoming obstacles in their relationship, but the burning car that Castle was found in obviously pushed the wedding a little bit farther down the line.

CASTLE: Andrew Marlowe and David Amann on Opening Up a New Mythology, Dream Guest Stars, and More CASTLE’s sixth season ended in a way many fans didn’t expect: instead of Castle and Beckett tying the knot, he disappeared on the way to their wedding…and was presumed dead. But since the show is called CASTLE, it’s fairly safe to say the show won’t be going down that tragic path. To get a little bit of insight into what’s to come, I sat down with CASTLE creator, Andrew Marlowe, and new showrunner, David Amann, to talk about season 7, how Castle’s absence is impacting the people who care about him most, and more… What can you preview about the premiere?