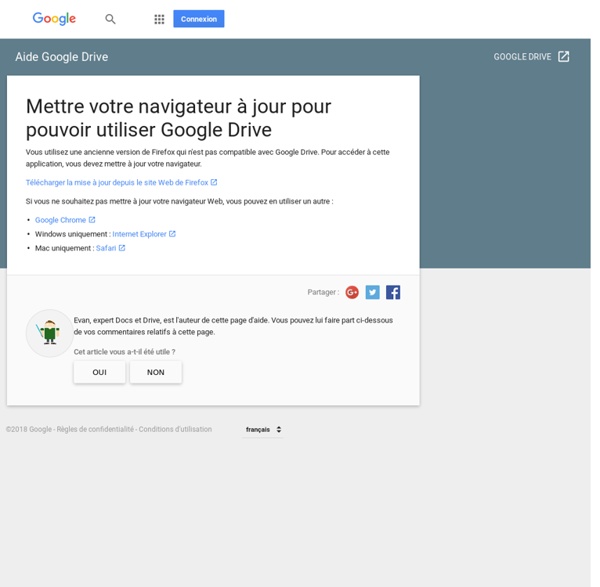 Coding in French - Free Printable Coding Blocks It’s a pleasure to have a guest blog post today by Ashley Soltesz, a fellow French teacher who like me is on a mission to share French resources with others so we don’t have to keep recreating the wheel! She’s made some amazing free French printable coding blocks you can use in your classrooms, enjoy! A primary goal for me as a French Language Teacher is for my students to see the relevance in learning to communicate in French, be it in Reading, Writing, or Speaking.

7 vital browser plugins for newsgathering and verification UPDATE – This article was originally published on Jan 6 2016, but has been updated with the first two tools. Know of any others we may have missed? Let us know on Twitter. 12 Questions To Ask Your Students On The First Day Of School - 12 Questions To Ask Your Students On The First Day Of School by Terry Heick The premise here is simple enough, and I’ve written about this kind of thing before in greater detail (see 20 Questions Parents Should Ask Teachers). You’ll likely learn their name, roughly be able to estimate their height, know what school they attended last, know what languages they speak, and get a sense of what school–at least so early in the year–seems to ‘mean’ to them. Tone and Mood in Poetry: OCD by Neil Hilborn Let’s be honest about poetry…students find it boring… groans can be heard near and far when I introduce the unit.. “Uggggggghhhhhh – poetry!? FY FAN! WHY BRIANNE?! How could you dooooo this to uuuuuuuussss…” Thus cometh in…eth (?)

Create G Suite Templates with This Mind-Blowing Hack Save Pinterest Yes! This G Suite trick will let you change some words in the URL of your file and magically create a template link! This is a game-changer, y’all! Templates make life easier, especially as a teacher. I make copies of interesting G Suite files and templates all the time. 10 Squares (The 100th SDS!) Celebrate the 100th SDS with us by creating a project with 10 squares! Create a project that contains 10 squares on the screen at a time, and 10 squares only. It could be a train driving on a track, with the train made out of 7 squares, and the tracks made out of 3.

#alternativefacts Propaganda (noun): Information that is often exaggerated or false and spread for the purpose of benefiting or promoting a specific individual or cause. Fake news is, quite simply, news (“material reported in a newspaper or news periodical or on a newscast”) that is fake (“false, counterfeit”) - #alternativefacts Spin Journalism (noun): News and information that is manipulated or slanted to affect its interpretation and influence public opinion. Opinion (noun): A belief or judgment that rests on grounds insufficient to produce complete certainty. Media Bias/Lean: A political bias in journalistic reporting, in programming selection, or otherwise in mass communications media.

The 15 Greatest Teachers in the World All of us have a favorite teacher we remember from our school or university days, and almost everyone can conjure fond memories of a teacher who, in some way, inspired us, was passionate about his or her job and was interested in our needs. The Bright Side team dedicates this article to exactly those teachers — people who know how to communicate with children and make the learning process engaging and fun. Thank you for being you! A student came to the lecture with her child because she didn’t have any money to hire a babysitter. When the child began to cry, the professor took him from his mom, calmed him, and continued the lecture.

Oprah Winfrey's Golden Globes speech: the full text The following is the full text of Oprah Winfrey’s speech as she accepted the Cecil B DeMille Award at Sunday’s Golden Globe Awards: In 1964, I was a little girl sitting on the linoleum floor of my mother’s house in Milwaukee watching Anne Bancroft present the Oscar for Best Actor at the 36th Academy Awards. She opened the envelope, and said five words that literally made history: “The winner is Sidney Poitier.” Up to the stage came the most elegant man I had ever seen.

Insert a GIF into a Google Doc or Slide I was asked by a teacher at my site to help her students "jazz" up their Google Slides presentations on biomes. While reading up on the cool ways to use Google Slides I found out that you can insert a GIF into a slide! I didn't know you could do that so I tried on a Google Doc and it worked there too! You may already know how to do this but if not here's how.1.