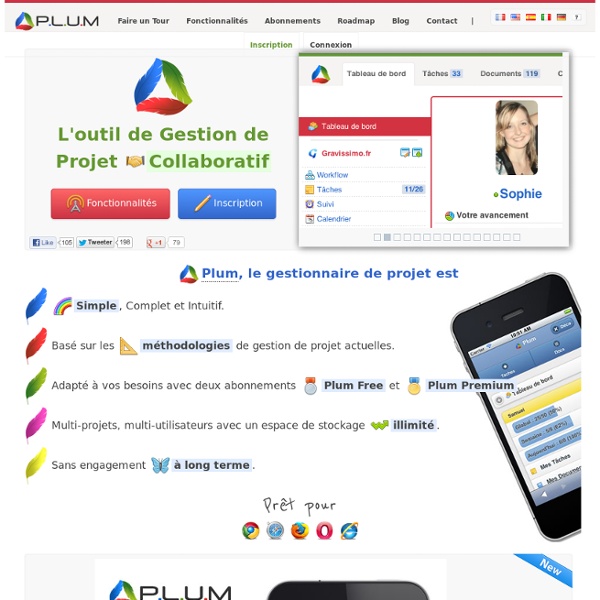 A Great Graphic Featuring The 12 Principles of Collaboration Since the introduction of web 2.0 or what is called the " social web", the users' relationship with the web has completely changed. Before, the web was static ( web 1.0) and users have a limited choice to what they can do with it. In fact, they were only able to read and consume the content but with the uptake of web 2.0 technologies people become producers of content. Local Consumer Review Survey 2010, Part 3 About Survey Findings The following findings are the 3rd part in a series of surveys into consumer attitudes & consumption of local business reviews and ratings. The survey polled 2,012 online consumers in the US (1,138) and UK (874). The poll was conducted between 30th September & 10th October 2010. The findings for Parts 1 and 2 of the survey can be viewed here - Online reviews, ratings and opinions left by consumers are playing an ever increasing role in helping other, anonymous consumers asses the quality & trustworthiness of businesses, products and services.

Apps Marketplace Sign in MoreEven more from Google Navigation Menu Business Tools A Great Wheel of All The Learning Theories Teachers Need to Know about I really feel like there are no words that can ever give credit to the phenomenal work put into creating the wheel below. It just amazed me how much time invested in it. Teaching is a hands-on activity ( unless you are a lecture-based type of teacher ) that is deeply grounded in learning theories. Being able to recognize and differentiate between the different learning theories together with the ability to understand the reasons why you opt for a certain theory to inform your teaching and not the other are key to sound and successful teaching career. The interactive graphic below will definitely help you clear out the cloud over any confusion resulting from misunderstanding a learning theory, it will also set out clear boundaries and demarcate territories for learning theory. Besides summarizing all the important learning theories together with their learning paradigms , this graphic is also hyperlinked and embeds links to several other equally important resources.

AT&T to Launch Groupon Competitor Add another big player to the list of Groupon competitors: AT&T. The telecom giant Monday began pre-registration to consumers in Los Angeles, Atlanta and Dallas-Fort Worth for a service via the company’s yp.com that will send daily deals to consumers. The company is offering $10 toward the first Deal of the Day for those who sign up through May 22. The service is expected to go live in a few weeks.

How TV & The Web Are Merging: Al Jazeera's New Show, The Stream As television continues to adapt to the Web, expect to see new forms of content emerge that are a hybrid of traditional TV and the latest Web technologies. Last week, television news network Al Jazeera launched a new TV show and website. Called The Stream, it's an indication of where mainstream TV news is heading. The show uses social media curation service Storify - which opened up to the public today - to gather content and interact with the community. The Stream is unique in its use of tools like Twitter, YouTube and Facebook to both source the news and interact with its audience. Let's look at today's episode, along with related content on The Stream website, to see how this new form of social media based television is shaping up.

Map Of The Developing Human Brain Shows Where Problems Begin : Shots - Health News hide captionImages of the developing fetal brain show connections among brain regions. Allen Institute for Brain Science; Bruce Fischl, Martinos Center for Biomedial Imaging, Massachusetts General Hospital Images of the developing fetal brain show connections among brain regions. A high-resolution map of the human brain in utero is providing hints about the origins of brain disorders including schizophrenia and autism. New Research: Online Ads Fail Because They Distract Posted by Tom Foremski - April 20, 2011 Online advertising is failing badly to literally click with readers and advertisers are trying to figure out how to improve a dismal 0.09 percent click-through rate. A new report from Nielsen, commissioned by AdKeeper and WPP's 24/7 Real Media has found one answer to why online ads don't work: they distract. Research Study From AdKeeper Reveals Respondents Say Banner Ads Distract Them From the Content They Came Online to View. But surely you want ads that distract and thus attract the attention of readers?