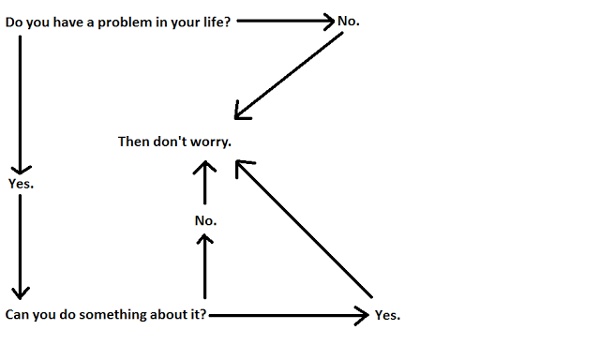 Solar goes Hyper in the U.S. As the U.S. government continues to heap billions in subsidies to the world's wealthiest coal and oil companies, the solar industry has been struggling to make it in the United States. This is sad for many reasons, not the least of which is that we're missing out on one of the biggest growth industries in the world. Currently there are 16 gigawatts of installed solar power globally. That number will grow to about 1,800 gigawatts in the next 20 years, making it one of the best job creators. U.S. engineers invented the solar panel, and the U.S. should be dominating that market. Fallacy List 1. FAULTY CAUSE: (post hoc ergo propter hoc) mistakes correlation or association for causation, by assuming that because one thing follows another it was caused by the other. example: A black cat crossed Babbs' path yesterday and, sure enough, she was involved in an automobile accident later that same afternoon. example: The introduction of sex education courses at the high school level has resulted in increased promiscuity among teens.

The Egg Author's Note: The Egg is also available in the following languages: The Egg By: Andy Weir 7 Lessons From 7 Great Minds Have you ever wished you could go back in time and have a conversation with one of the greatest minds in history? Well, you can’t sorry, they’re dead. Unless of course you’re clairaudient, be my guest. HERO: Man Lives on cliff and talks down suicide jumpers...for last 50 years // Current To Our Faithful Current.com Users: Current's run has ended after eight exciting years on air and online. The Current TV staff has appreciated your interest, support, participation and unflagging loyalty over the years. Your contributions helped make Current.com a vibrant place for discussing thousands of interesting stories, and your continued viewership motivated us to keep innovating and find new ways to reflect the voice of the people.

Child Care For Dummies The second part to Pregnancy for Dummies. Even funnier! Part I of this can be found at <a rel="nofollow" href=" onclick="javascript:_gaq.push(['_trackEvent','outbound-article',' marketing</a> <a rel="nofollow" href=" onclick="javascript:_gaq.push(['_trackEvent','outbound-article',' target="_blank">ad exchange</a> 70 Reminders to Help You Break Any Barrier I am pleased to introduce this guest article by a new friend John, the creator of HiLife2B, where he hopes to inspire people and to help them achieve their dreams. Follow him on Twitter: @janyasor 1. Believe that even the smallest compliment can save someone’s life 2. Remember that one person can change an entire nation

Ten Anime Films You Should See Before You Die One of the most surprising, and gratifying, things that has happened since I started my blog, Tim Maughan Books, a year or so ago is the positive feedback I’ve had for the anime reviews—especially from people I know are far from being massive fanboys like myself. It’s gratifying because its part of the reason I started writing them; to try and introduce the medium to people who had never really indulged in it all, at least not past perhaps watching Spirited Away with their kids. The problem is, once you’ve had your first taste, where do you go next? Type ‘anime’ into Google and the results are bewildering, and without a little bit of guidance and a quality filter finding something to watch can be a daunting task. There’s a lot of shit out there, plus a lot of stuff that isn’t really meant for you…unless you’re a ADHD stricken 12 year old emo-ninja-obsessed boy that refuses to eat anything except Pocky and instant Ramen.

Occam's razor William of Ockham Occam's razor (or Ockham's razor) is a principle from philosophy. Suppose two explanations are equally likely. In this case the simpler one is usually better. My top 30 favorite horror movies list "Groovy""I'll swallow your soul!" ... "Swallow this!" ranna's rating: "So, um, we think we should discuss the bonus situation..." 50 Life Secrets and Tips Memorize something everyday.Not only will this leave your brain sharp and your memory functioning, you will also have a huge library of quotes to bust out at any moment. Poetry, sayings and philosophies are your best options.Constantly try to reduce your attachment to possessions.Those who are heavy-set with material desires will have a lot of trouble when their things are taken away from them or lost. Possessions do end up owning you, not the other way around. Become a person of minimal needs and you will be much more content.Develop an endless curiosity about this world.Become an explorer and view the world as your jungle. Stop and observe all of the little things as completely unique events. Try new things.