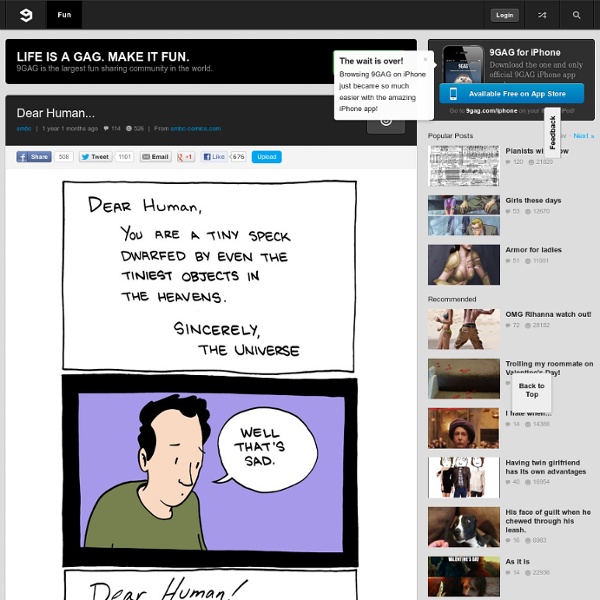 Social Spew — 4 Hilarious Rage-Comic-Madeover Animated Gifs Like them or love them animated gifs are all over the Internets - and have been since day one. A lot of people say they are silly because of the video technology we now have, but somehow they still seem to find a way to tickle that funny bone and keep themselves around. Below are 4 gifs that are hilarious in their original form, but once made-over with some Rage flavor; they take on a whole new level of hilarity. Horse vs Exercise Ball (original) That horse making an ass of himself was funny before, but troll face exercise ball just rubs it in even more! OH SHIT CAR COMING!

DIY Wrap Bracelet You should all know by now that we are all about stacking bracelets on our wrists. The more, the better. In fact . . . the most, the best! Anderson Cooper Thinks The Gerard Depardieu Peeing Incident Is Really Funny... Gerard Depardieu is an Academy Award-nominated and Golden Globe-winning actor known for his work in Cyrano de Bergerac , Green Card and The Man in the Iron Mask . And when he’s gotta go, he’s gotta go. Tuesday night, on a flight from Paris to Dublin, Depardieu suffered a bout of impatience and reportedly urinated in the aisle of his plane . According to witnesses, the actor made it known that he needed to pee, yelling “I need to piss, I need to piss.” Those entreats fell on deaf ears, as the crew asked him to wait 15 minutes for the sealbelt light to turn off. Depardieu apparently couldn’t wait, so he proceeded to pull out an empty bottle and attempt to pee in it.

Best Buy Firing Employee Because He Makes A Funny Video // Current To Our Faithful Current.com Users: Current's run has ended after eight exciting years on air and online. The Current TV staff has appreciated your interest, support, participation and unflagging loyalty over the years. Your contributions helped make Current.com a vibrant place for discussing thousands of interesting stories, and your continued viewership motivated us to keep innovating and find new ways to reflect the voice of the people. We now welcome the on-air and digital presence of Al Jazeera America, a new news network committed to reporting on and investigating real stories affecting the lives of everyday Americans in every corner of the country. You can keep up with what's new on Al Jazeera America and see this new brand of journalism for yourself at

Lesson Plan for Making a Speaker Laboratory ©1995 The Regents of the University of California by Regan Lum Introduction: A speaker is a device that converts an electronic signal into sound. Andy Levy Apologizes For Chris Brown "Punching" Tweet TV’s Andy Levy is a commentator and comedian know for his appearances on Fox News’ Red Eye w/ Greg Gutfeld show. He’s also a pretty popular Twitter presence with over 48,000 followers and 16,000 tweets. And for the past couple of days, he has found himself in a Twitter feud with musician Chris Brown and his fans over a particular retweet commentary that brought up one of Brown’s more regrettable moments from the past. No-Bake Chewy Cookies and Cream Bars Oh how I love a treat that can be whipped up in about 15 minutes. My boys and their buddies couldn’t get enough of these Chewy Oreo Bars we had as an after school snack this week. Sometimes my spontaneous recipe creations turn out to be the most fun, lol!

25 Pictures of The Most Comfortably Uncomfortable First World Problems In Africa, they don’t have bread to eat. BUT WHY DOES THAT HAVE TO MEAN THAT THE CHEESE IN MY BURGER IS ESCAPING THE BUNS’ OUTLINE? Have something to say about this post? Don't be shy! Don't Panic! Samsung, Sybase Working To Make Enterprises Less Paranoid About Android Marvin Was Right: it's not paranoia for IT managers and CIOs to worry whether the smartphones and tablets in their enterprise pose massive security risks. Most do, especially ones running one of the recently-popular consumer-oriented platforms. I'm looking at you, Google. While the version 3.0 Honeycomb of Android offers a handful of improvements aimed at enterprise IT, they are a) restricted to tablets for now; b) still inadequate. Phone makers are starting to take things in their own hands.