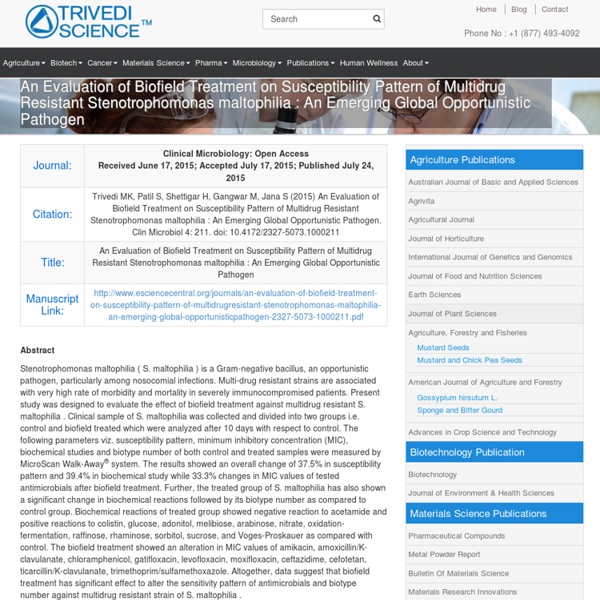 Healing Energy and Changes in Thermal Properties of Cadmium Abstract Cadmium is widely utilized in nickel-cadmium batteries, stabilizers, and coating applications due to its versatile physico-chemical properties. The aim of present study was to evaluate the impact of biofield treatment on atomic, thermal, and physical properties of cadmium powder.