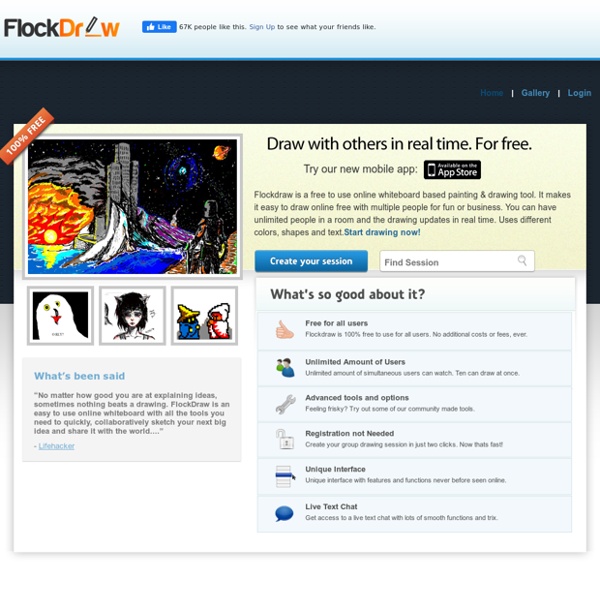 Rajacenna Draws Celebrity Portraits Rajacenna is an 18-year-old self-taught artist from the Netherlands who draws the most realistic portraits I have ever seen, using only pencils. I’m a big fan of realistic drawings, and I’ve previously featured amazing works like the pencil drawings of Paul Lung, the ballpoint pen portraits of Juan Francisco Casas, or Cristina Penescu’s detailed scratchboard masterpieces, but at only 18 years of age Rajacenna is in a league of her own. Born in 1993, she started modelling for various Dutch companies when she was only 4, and at 5 years old she made her first appearance on television. She starred in films, soap-operas and tv-series and at 12 she became the host of Kinderjournaal, the first Dutch web-tv for kids. She only took up drawing in 2009, and although she had never taken any art classes she produced some stunning pieces.

7 Ways Doodling Will Change Your Life As Hilary Clinton sat listening to speeches on global security and the Middle East during a Security Council meeting at the U.N., she was seen scribbling furiously on her speech in front of her. Making last minute changes? Adding questions that needed answers? No, she was doodling. This was splashed across newspapers across the globe, shown as evidence of her lack of attention in such an important and complex meeting.

Peter Lane: Ferret Ferret is a copy-detection tool, created at the University of Hertfordshire by members of the Plagiarism Detection Group. Ferret locates duplicate text or code in multiple text documents or source files. The program is designed to detect copying (collusion) within a given set of files. Ferret works equally well with documents in natural language (such as English, German, etc) and with source-code files in a wide range of programming languages. Typical uses for Ferret include:

Diagram Software and Drawing Tool A diagramming platform that lets you display, communicate, and present dynamically. Powerful enough to draw everything from basic flowcharts to complex engineering schematics. Live Object technology dynamically displays linked data. Web Design from the Ground Up by Steven Taylor Web Design is one of the fastest growing, and best paid fields in the world today! In this highly informative web design course, veteran web designer and developer Steven Taylor takes you through the entire process of building a complete website from scratch. Starting with nothing but a blank page on Note Pad, Steve shows you step-by-step how to build a beautiful, fully functional website, while teaching you everything you need to know about HTML and CSS, the basic building blocks of the web. But that's not all you will learn in this exciting online web design training: introduction to Photoshop and JavaScript are also covered, along with a complete tutorial on integrating PayPal's popular eCommerce solution into your site. Whether you are starting a career in web design or just want to build your own website, "Web Design from the Ground Up" will give you the essential tools and information you need to create beautiful, intuitive sites using the latest web standards.

The Doodle Art of Sergei and Vyacheslav Savelyv Sergei and Vyacheslav Savelyv are two twin brothers with an extraordinary talent for doodling. They uses colored pens and pencils to draw what seem like endless circular doodles and create incredibly detailed portraits of world famous icons. Sergei and Vyacheslav Savelyv have so far displayed their wonderful artworks only in their home town of Petrozavodsk, in Russia’s Karelia region, but I think you’ll agree their talent deserves worldwide recognition. The creative duo who works under the name “SaveL” have an impressive doodle portrait portfolio of famous celebrities like Johnny Depp, Robert De Niro or Antonio Banderas, all created with ordinary pens of pencils.

Art Classes Online, Mixed Media Workshops Online Art Classes with Jane Davenport My wish for you, is your creativity to be roaring with confidence. My e-courses are so popular because I really can help make that happen for you. “If I only had time for that part of yourself”, you think. Time to doodle, draw, paint or journal. To just play. Physics Flash Animations We have been increasingly using Flash animations for illustrating Physics content. This page provides access to those animations which may be of general interest. The animations will appear in a separate window. The animations are sorted by category, and the file size of each animation is included in the listing. Also included is the minimum version of the Flash player that is required; the player is available free from The categories are:

introducing Pixia and Phierha Pixia mascot designed by ASAMI. This website is to introduce graphic software, Pixia. The original Japanese Edition of Pixia was created and developed by the author, Isao Maruoka, but has also been aggressively raised by its fans, which makes this software quite unique and different from other tools. Digital Circlism Portraits by Ben Heine Using an original technique he calls Digital Circlism, artist Ben Heine creates detailed portraits of celebrities like Eminem, Bob Marley or Elvis Presley. A Belgian artist born in the Ivory Coast, Heine is most famous for his Pencil vs Camera series, which was covered by many of the major online media outlets, but his Digital Circlism portraits are equally, if not more impressive. Using a sharp round brush in Photoshop CS4, he applies thousands of circles on a black background, until he creates a colorful, realistic portrait. You might think he uses some kind of automated process to apply every circle, but that’s actually the most remarkable thing about Ben Heine – he adds every one of the circles individually. Each circle has a different color, a different tone and a different size, which makes creating a single one of these artworks very time consuming. A new technique, developed by Ben Heine himself, Digital Circlism could certainly develop into an important artistic movement.

30 Days of Creativity Exercises & Design Inspiration The book "Unstuck" features 52 exercises, divided by time commitment, to help you beat creative block. Here we sample 5 for a work-week's worth of inspiration. Creative Bliss is a web series that pools together 30 creativity exercises. No. 30 challenges you to shift your perspective to that of a beginner. Creative Bliss pools together 30 creativity exercises.

Math, Physics, and Engineering Applets Oscillations and Waves Acoustics Signal Processing Electricity and Magnetism: Statics Mzblaze added: Cs0rfe added: Lock and unlock a Mac using Bluetooth detection I discovered a great little app, Proximity, and have now made my Mac's security very seamless. This approach requires: Bluetooth-enabled Mac and a Bluetooth-capable phone (including the iPhone).Some AppleScript writing or copying-and-pasting.Tested only on 10.5.6 and 10.5.8 install; untested in 10.4 and 10.6. Read on for the background on the solution, as well as the step-by-step implementation. I frequent various sites such as Gizmodo, Lifehacker, TUAW, macosxhints, and many others, and I was pleasantly surprised to discover that I could have an Ubuntu-like security feature with my iPhone.