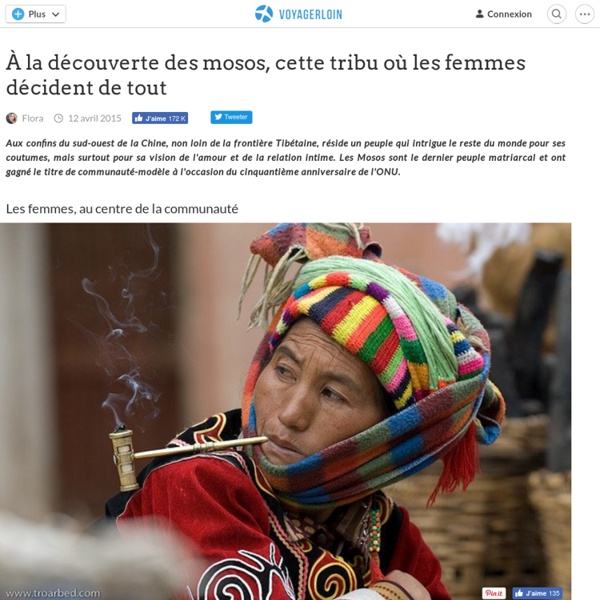 Discipline and Punish, Panopticism The following, according to an order published at the end of the seventeenth century, were the measures to be taken when the plague appeared in a town. First, a strict spatial partitioning: the closing of the town and its outlying districts, a prohibition to leave the town on pain of death, the killing of all stray animals; the division of the town into distinct quarters, each governed by an intendant. Each street is placed under the authority of a syndic, who keeps it under surveillance; if he leaves the street, he will be condemned to death. On the appointed day, everyone is ordered to stay indoors: it is forbidden to leave on pain of death. The syndic himself comes to lock the door of each house from the outside; he takes the key with him and hands it over to the intendant of the quarter; the intendant keeps it until the end of the quarantine. Inspection functions ceaselessly.

I Dressed Like A Hipster to See If More Guys Would Hit On Me (And They Did) Two years ago, when I moved to Vancouver, noticed early on that there was a very specific look in my new city and among my new friends. Just like high schools all have different in crowds, every city has a look that has denotes its particular coolness. The boys I have crushes on — a diverse range of men who could all, nonetheless, be described as “hipsters" — all seem to be dating the same type of "cool girl." These girls dress, more or less, in ill-fitting, androgynous clothes. Scientists tested a theory of human nature on toddlers. The results are delightful. You do you. Since the 18th century, capitalism has been all about the assumption that we humans are fundamentally driven by self-interest. GIF from "Wall Street."

The Forgotten Fetishwear Company of 1920s Paris Who? As Michel Foucault famously attested, we often presume that contemporary society is singularly sexually liberated, that those who came before us were far more conservative, even their innermost fantasies more bourgeois than ours. That is, of course, completely untrue – a fact proven by the prevalence of fetishwear lingerie in the 1920s and 30s, an arena that was dominated by two rival companies: Yva Richard and Diana Slip. While Yva Richard was founded by a husband and wife duo who documented their ball gags and leather corsetry in a style later employed by the likes of 80s magazines like AtomAge (and now, the fashion industry at large), Diana Slip was created by Léon Vidal and commissioned renowned photographers Roger Schall and Brassaï to communicate their seductive vision. Offering chiffon ouverts, thigh-high boots and plenty of whips, theirs was a brand that celebrated S&M subversion in its most elegantly refined form. What?

Women in Ancient Japan: From Matriarchal Antiquity to Acquiescent Confinement The role of women in ancient Japan elicits inconsistencies due to different influences that were integrated at various time periods. The primary influence that contributed to these inconsistencies was religion. Integration of the two major religions of Japan, Shintoism and Buddhism, created a paradox for the female identity; altering women’s place in Japan’s matriarchal antiquity to a state of acquiescent confinement by the dawn of the Meiji Restoration. Different conjectures of ancient Japanese women were formed in direct correlation to the spiritual beliefs of the time. Evaluating the feminine identities educed by these beliefs illustrates the drastic changes that occurred for women.

Facebook removes page after ‘Peace on Earth’ photo incites outrage Ever since Awkward Family Photos popularized the often hilarious and uncomfortable posed images that families create together for holiday cards, eye-catching portraits have become social media gold. But there are images that are harmless, silly family fun and images that elicit a collective "WTF?"—and rarely do the latter go viral out of amusement. On Sunday, a Louisiana-based studio called Hannah Hawkes Photography posted a series of recent family holiday portraits to Facebook. Hawkes' Facebook page described her as a “[n]ewly established, local photographer” specializing in family, maternity, and engagement sessions. Among the holiday photos that Hawkes shared over the weekend, one stood out from the rest:

3 Ways to Responsibly and Compassionately Respond to Panhandling I’ve moved to the other side of the street to avoid it. I’ve lowered my eyes so that I didn’t have to acknowledge it. I’ve brushed it off with excuses to make me feel a little less guilty. Lesbian The word lesbian can refer to a woman's identity, to desire, or to romantic or sexual activity between women. (Sappho and Erinna in a Garden at Mytilene by Simeon Solomon) The concept of "lesbian", to differentiate women with a shared sexual orientation, is a 20th-century construct. Throughout history, women have not had the same freedom or independence to pursue homosexual relationships as men, but neither have they met the same harsh punishment as homosexual men in some societies. Instead, lesbian relationships have often been regarded as harmless and incomparable to heterosexual ones unless the participants attempted to assert privileges traditionally enjoyed by men.

40 Maps That Explain The Middle East Maps can be a powerful tool for understanding the world, particularly the Middle East, a place in many ways shaped by changing political borders and demographics. Here are 40 maps crucial for understanding the Middle East — its history, its present, and some of the most important stories in the region today. Middle East History The year in sexism: how did women fare in 2015? January The beginning of the year saw Rita Ora lambasted for showing too much cleavage on The One Show (as reported by the same publications that routinely publish entire articles about cleavage). Nigel Farage made a boob of himself by demanding that breastfeeding mums should sit in the corner, and the Sun succumbed to the No More Page 3 campaign with all the grace of a toddler throwing a screaming tantrum. February The trailer for Magic Mike XXL gave columnists the opportunity to declare that “men are now objectified more than women”.

What medieval Europe did with its teenagers Image copyright Getty Images Today, there's often a perception that Asian children are given a hard time by their parents. But a few hundred years ago northern Europe took a particularly harsh line, sending children away to live and work in someone else's home. Not surprisingly, the children didn't always like it. Around the year 1500, an assistant to the Venetian ambassador to England was struck by the strange attitude to parenting that he had encountered on his travels. He wrote to his masters in Venice that the English kept their children at home "till the age of seven or nine at the utmost" but then "put them out, both males and females, to hard service in the houses of other people, binding them generally for another seven or nine years".

Men Just Don't Trust Women It took five months of marriage, eight months of being engaged, and another year of whatever the hell we were doing before we got engaged for me to learn something about my wife. Actually, that’s misleading. I’ve learned many things about my wife in that time period.