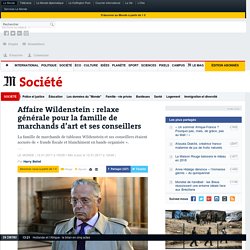 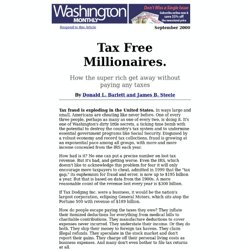 In ways large and small, Americans are cheating like never before. One of every three people, perhaps as many as one of every two, is doing it. It's one of Washington's dirty little secrets, a ticking time bomb with the potential to destroy the country's tax system and to undermine essential government programs like Social Security. Disguised by a robust economy and record tax collections, fraud is growing at an exponential pace among all groups, with more and more income concealed from the IRS each year. How bad is it? If Tax Dodging Inc. were a business, it would be the nation's largest corporation, eclipsing General Motors, which sits atop the Fortune 500 with revenue of $189 billion.

How do people escape paying the taxes they owe? How many nonfilers are there today? In addition to these people who deal only in cash, there is another larger group whose numbers have soared. People like the Wildensteins of New York City. Nothing? Wildenstein Vault Holds Key to Feud Over Missing Painting. March 13 (Bloomberg) -- A new exhibition of Impressionist Berthe Morisot’s work is missing a piece of art: a painting that’s ignited a feud between two of the art world’s most prominent families. 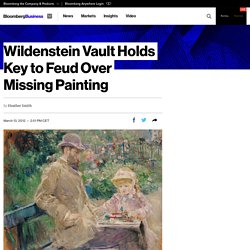 “The Cottage in Normandy,” estimated at 800,000 euros ($1 million), isn’t in the show, which opened last week at the Marmottan Monet museum in Paris. The painting is instead across the Seine in the custody of police, who seized it last year in a vault owned by the Wildenstein art-dealing family. “It’s extraordinary, it hadn’t changed from the moment when it was at my grandmother’s home, and then at my uncle and aunt’s,” said Morisot’s great-grandson, Yves Rouart, recalling when he saw the painting at the police station.

The recovery renewed his hopes of finding four other works by Edouard Manet, his great-great uncle, and Jean-Baptiste Corot, Morisot’s teacher. As they built their empire over five generations, the Wildensteins did more than buy and sell art. Held for Questioning Family Fortune. Wildenstein Art Gallery Is Beset by Lawsuits. PARIS — On a mild day in January, French police investigators poured into the regal Right Bank building of an art research center called the Wildenstein Institute and began sifting through a substantial trove of artworks there. 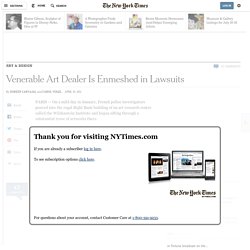 It was the third police raid on the institute, and at the end of it the investigators carried away armloads of art, including Degas drawings, a bronze sculpture by Rembrandt Bugatti and an Impressionist painting of a Normandy cottage by Berthe Morisot. All had been reported missing or stolen, some by Jewish families whose property was looted by the Nazis, and others by heirs who said their treasures had vanished during the settlement of their family estates. Guy Wildenstein Charged With Tax Evasion In Scandalous Billion Euro Case. Guy Wildenstein the French/American art dealer and foundation trustee has been charged with tax evasion and money laundering in Paris. 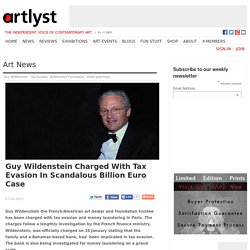 The charges follow a lengthly investigation by the French finance ministry. Wildenstein, was officially charged on 24 January stating that the family and a Bahamas based bank, had been implicated in tax evasion. The bank is also being investigated for money laundering on a grand scale. Back in July the French finance ministry filed a complaint against Wildenstein and a formal investigation was opened in October 2011. 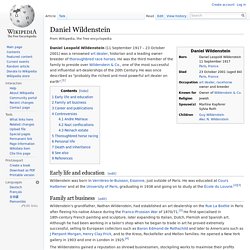 He was the third member of the family to preside over Wildenstein & Co., one of the most successful and influential art-dealerships of the 20th Century. He was once described as "probably the richest and most powerful art dealer on earth".[1] Early life and education[edit] Wildenstein was born in Verrières-le-Buisson, Essonne, just outside of Paris. He was educated at Cours Hattemer and at the University of Paris, graduating in 1938 and going on to study at the École du Louvre.[2][3] Family art business[edit]