Scientists Have Finally Discovered Proof That Our Brains Have a Waste Drainage System. MRIs show screen time linked to lower brain development in preschoolers. Now a new study scanned the brains of children 3 to 5 years old and found those who used screens more than the recommended one hour a day without parental involvement had lower levels of development in the brain's white matter -- an area key to the development of language, literacy and cognitive skills. 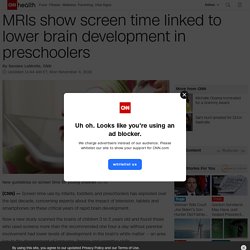 "This is important because the brain is developing the most rapidly in the first five years," Hutton said. "That's when brains are very plastic and soaking up everything, forming these strong connections that last for life. " Studies have shown excessive TV viewing is linked to the inability of children to pay attention and think clearly, while increasing poor eating habits and behavioral problems. Associations have also been shown between excessive screen time and language delay,poor sleep,impaired executive function, and a decrease in parent-child engagement. Too Busy To Meditate? Here’s Why You Need It The Most. There is an old Zen saying: “You should sit in meditation for 20 minutes a day. 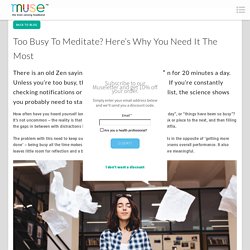 Unless you’re too busy, then you should sit for an hour.” Titanium Dioxide in Foods and Cosmetics May Harm Your Brain. By Dr. 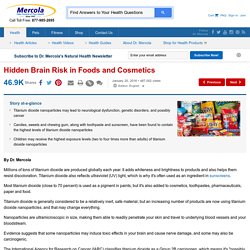 Stanford Study: A Clear Link Between Breast Cancer Chemo, Chemo Brain and Brain Abnormalities. A breast cancer diagnosis can be one of the most stressful experiences of a person’s life. 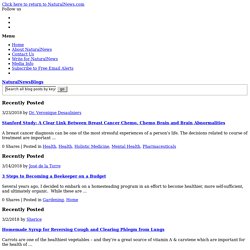 The decisions related to course of treatment are important and intensely personal. Biofeedback: A Valuable Tool for Improving Health - Quantum University. Human memory could soon be tracked, boosted, or erased with the use of radical new technology. By David Williams, Natural News: Scientific research on the human brain has yielded some very interesting results. 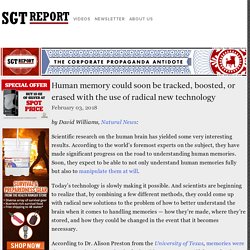 According to the world’s foremost experts on the subject, they have made significant progress on the road to understanding human memories. How Systemic Enzymes Fight for Your Brain Health … — LoseTheBackPain.com. Your body requires millions of biochemical reactions to keep you alive day-in and day-out. 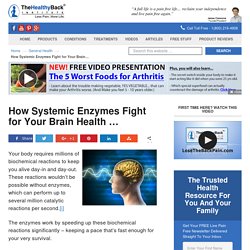 These reactions wouldn’t be possible without enzymes, which can perform up to several million catalytic reactions per second. Study, New Analysis Technique Support Group Synchronization With Magnetic Fields. The interpersonal relationships of a group of individuals in Lithuania were found to affect the degree of synchronization of their heart rhythms as well as changes in local magnetic fields during a recently published research study. 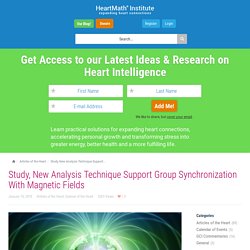 The research, which supported a HeartMath hypothesis on these effects, was conducted using a newly developed and validated analysis technique by researchers at the Kaunas University of Technology in Lithuania. The study, Identification of a Group’s Physiological Synchronization with Earth’s Magnetic Field, was published in September in the International Journal of Environmental Research and Public Health. Study Marks a First. A Powerful Mind The Huge Impact Of Inner Beliefs On Human Health. 25 Ways to Work With Your Brain Mens Fitness Magazine Australia December 2012. New Brain Training Scientist The Collection Issue Three 2014 UK. Let Yourself Go Scientist The Collection Issue Three 2014 UK.

Go With the Flow Scientist The Collection Issue Three 2014 UK. The Schumann Resonance and Psychobiology. When people work together, they’re literally on the same wavelength, brain waves show. DARPA Is Planning to Hack the Human Brain to Let Us "Upload" Skills. In Brief The DARPA Targeted Neuroplasticity Training (TNT) program is exploring ways to speed up skill acquisition by activating synaptic plasticity. 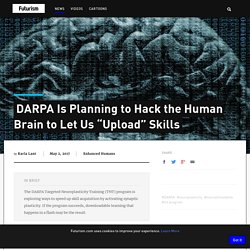 If the program succeeds, downloadable learning that happens in a flash may be the result. Mindhack For Faster Learning In March 2016, DARPA — the U.S. military’s “mad science” branch — announced their Targeted Neuroplasticity Training (TNT) program. Majority of military discharges for misconduct linked to brain injury, mental health – GAO. More than six in 10 service members who were discharged for misconduct had a brain injury or mental health condition, and many of them are potentially ineligible to receive health benefits from the Department of Veterans Affairs, a new report has found. 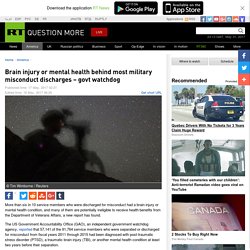 The US Government Accountability Office (GAO), an independent government watchdog agency, reported that 57,141 of the 91,764 service members who were separated or discharged for misconduct from fiscal years 2011 through 2015 had been diagnosed with post-traumatic stress disorder (PTSD), a traumatic brain injury (TBI), or another mental health condition at least two years before their separation.

What Makes Each BrainUnique Scientific American March 2012 .pdf. Your Brain Is Trying to Show You The Future. In the Spider-Man films, the geeky superhero is gifted with an internal alarm system that warns him of danger moments before it hits. 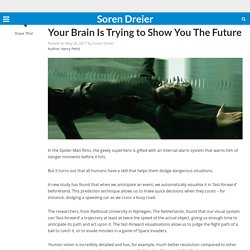 But it turns out that all humans have a skill that helps them dodge dangerous situations. A new study has found that when we anticipate an event, we automatically visualise it in ‘fast-forward’ beforehand. Understanding Your Brain Can Make You Calmer and Much More Productive. The reason Steve Jobs didn't let his children use an iPad.

The success of devices like the iPod, iPad and iPhone made Steve Jobs a household name and earned him billions of dollars. However, despite spending his life creating one of the world's biggest technology empires, he took a fairly strict view on gadgets when it came to his children. Writing in the New York Times in 2014, Nick Bilton recalled a conversation he had with the late Apple chief executive (whose birthday is 24 February) after the launch of the first iPad. Even Steve Jobs Didn’t Let His Kids Use iPads: Why You Should Limit Technology Use for Your Kids. Why Do So Many Smart People Use Dumb Phones? – TheBlaze. Wherever you go, people are on their “smartphones.”

In airports, restaurants or on the street, people are almost permanently glued to their devices, obsessed with the idea that they cannot exist without being connected to the cyber world. Thus, they text and tweet, email and Google, follow and like in an effort to be constantly present online. It has become part of a “normal” existence in today’s postmodern world. However, not everyone is connected. Some college kids spend a fifth of class time on digital devices. Research: College Students More Distracted Than Ever. Half of young people have so many 'emotional problems' they cannot focus at school, study finds.

Revenge really is sweet: study shows the mood-enhancing effect of retaliation – Research Digest. New CIA Docs Reveal Black Budget "Project Star Gate" To Study "Supernatural" Abilities. Scientists are about to perform an Experiment to See if the Human Mind Is Bound by Physics - ScienceAlert. Spooky Action Perhaps one of the most intriguing and interesting phenomena in quantum physics is what Einstein referred to as a “spooky action at a distance” — also known as quantum entanglement. This quantum effect is behind what makes quantum computers work, as quantum bits (qubits) generally rely on entanglement to process data and information. It’s also the working theory behind the possibility of quantum teleportation. Noise pollution is drowning out nature even in protected areas – study.