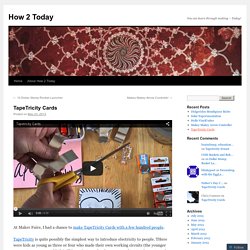 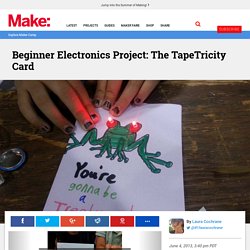 Check out all those ringed planets! The train has left the station! A motivational frog with glowing red eyes. Film: How to Make Punch Sound Effects. What is the sound of one hand punching? It depends what movie you're watching. For the gritty "Out of the Furnace," released in December, the film's sound-effects designers wanted Casey Affleck's brutal fist fights to have visceral, fist-on-flesh punch sounds. They recorded a martial artist pounding on human flesh but also had him punch blobs of pizza dough, a slab of beef with a wet towel on it, a watermelon, and—to simulate the sound of bones cracking—dry pasta shells.

In the boxing comedy "Grudge Match," released on Christmas Day, punches between Robert De Niro and Sylvester Stallone contain recordings of real boxers hitting each other in a gym. DIY projects, how-tos, and inspiration from geeks, makers, and hackers. ToolBox « Project H. Make - Toolkit - Research Guides at University of North Carolina at Greensboro. STEM Resources. Welcome to the STEM page, sponsored by YALSA's STEM Task Force. We hope you will use this wiki page to get ideas on how to effectively integrate STEM into your library programs and services. And what is STEM you ask? STEM stands for Science, Technology, Engineering, and Math and is one of the hottest topics in education and library circles. See the tidal wave of products from last week's mega tech show.

CES 2015. See the tidal wave of products from last week's mega tech show. 26 Tech DIY Projects For The Nerd In All Of Us. So many ways to store, tote, and gift your favorite technologies – the possibilities are endless! 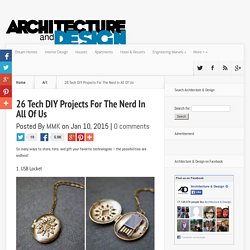 1. USB Locket You can buy this particular version here, or create your own with a large enough locket. Re-fuel Every 100 Years With the New Thorium Car. By: Amanda Froelich, True Activist. 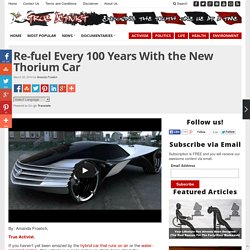 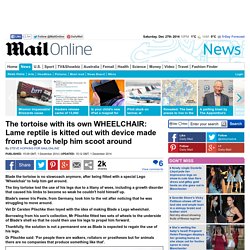 18 Brilliant Must Have Items That Are Borderline Genius. It is so amazing when you see some useful thing that you have never thought that this is the exactly this that you need right now. 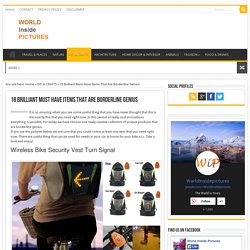 In this period of really cool innovations everything is possible. For today we have choose one really creative collection of unique products that are borderline genius. If you see the pictures below we are sure that you could notice at least one item that you need right now. 10 Futuristic Inventions That You Can Get Right Now. Then Versus Now: How Technology in Schools Has Changed Over Time. Share this infographic on your site! 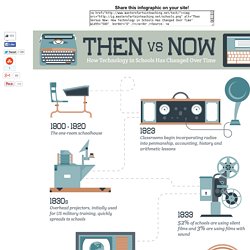 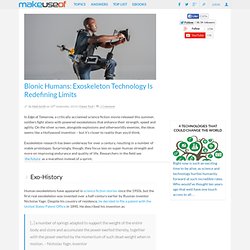 On the silver screen, alongside explosions and otherworldly enemies, the ideas seems like a Hollywood invention – but it’s closer to reality than you’d think. 5 Interesting Smart Devices You'll Probably Want In Your Home. The world of smart home technology is growing rapidly — we’ve already profiled smart locks, smart lamps, and a variety of other . 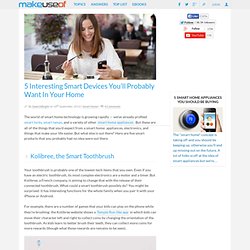 But these are all of the things that you’d expect from a smart home: appliances, electronics, and things that make your life easier. But what else is out there? Here are five smart products that you probably had no idea were out there. How Cars Will One Day Talk to Each Other. The self-driving car has become a hot topic over the last several years.

Many companies, including Google, believe this technology could do wonders for world transportation. Self-driving cars won’t just be convenient; they’ll also be less expensive, more fuel efficient and safer. They might even turn long, boring commutes into an opportunity to relax, read a book or call in to a meeting. Ralph Lauren unveils high-tech shirt at US Open. This product image released by Ralph Lauren shows the new Polo Tech compression shirt. The garment offers smart technology to send heartbeat, respiration, stress levels and other data to tablets and smartphones.AP Photo/Ralph Lauren At this year’s U.S. Open, apparel giant Ralph Lauren and Canada-based biometrics firm OMsignal have joined forces on their own kind of doubles team – bringing biometric technology and fashion to the tennis court.

During the tournament’s opening day this week, the two companies revealed the Polo Tech shirt, a sleek black compression shirt that sports more than just that iconic polo player logo. Rollick. Boston Dynamics: Dedicated to the Science and Art of How Things Move. BigDog - The Most Advanced Rough-Terrain Robot on Earth BigDog is a rough-terrain robot that walks, runs, climbs and carries heavy loads. BigDog is powered by an engine that drives a hydraulic actuation system. BigDog has four legs that are articulated like an animal’s, with compliant elements to absorb shock and recycle energy from one step to the next. BigDog is the size of a large dog or small mule; about 3 feet long, 2.5 feet tall and weighs 240 lbs. BigDog's on-board computer controls locomotion, processes sensors and handles communications with the user. 6 Human Jobs That Computers Will Never Replace. Computers can drive cars now.

What does that mean for us as a society? As technology advances and computers learn to perform human tasks with greater efficiency than even humans themselves, how many of us will be left in the dust? Is there a way to ensure that we remain irreplaceable as workers? Here's How We'll Get to a World Filled With Driverless Cars.

Offer Details 12 months special financing on new MakerBot 3D printer hardware purchases is a no interest if paid in full by November, 2015 financing promotion. Interest will be charged to your account from the purchase date if the purchase balance is not paid in full by your payment due date in November, 2015 or if you make a late payment. Minimum monthly payments are required during the promotional period. Dell Preferred Account offered to U.S. residents by WebBank, who determines qualifications for and terms of credit.

All products in your cart at the time of purchase will qualify for the special financing promotion if purchased with Dell Preferred Account between 12-31-2014 through 1/28/2015. Fun with MaKey MaKey. In November, I began a 6-week series called Maker Mondays. The program attracted a small following and has since become so popular that I extended it into June and am even creating a summer Maker camp for teens. Technology News, Product Reviews and More. Play with Math: Make Animated GIF and HTML5. Read This for Next Year. 3D Printing: One Step Closer to a Star Trek Future? MyFOX8.com - News, Weather, Sports and more from WGHP Fox 8 Television. The emerging process of 3-D printing, which uses computer-created digital models to create real-world objects, has produced everything from toys to jewelry to food.

Soon, however, 3-D printers may be spitting out something far more complex, and controversial: human organs. For years now, medical researchers have been reproducing human cells in laboratories by hand to create blood vessels, urine tubes, skin tissue and other living body parts. Top 10 Repair Projects You Should Never Pay For. British teen sells Summly app for millions. Sources familiar with the deal indicated that Nick received almost $30 million for the app, which has been downloaded around one million times since its launch last year.

Wow, This Video PROVES That Solar Roadways Are The Future! My Mind Is Blown! The 'Drinkable Book' Could Save Millions Of Lives. You'll Be In Innovative Awe When You See What It Does. - InspireMore.